A New Approach to Protecting Bees From Toxic Pesticides

Researchers at Cornell University have discovered a way to help bees safely digest what’s been killing them. 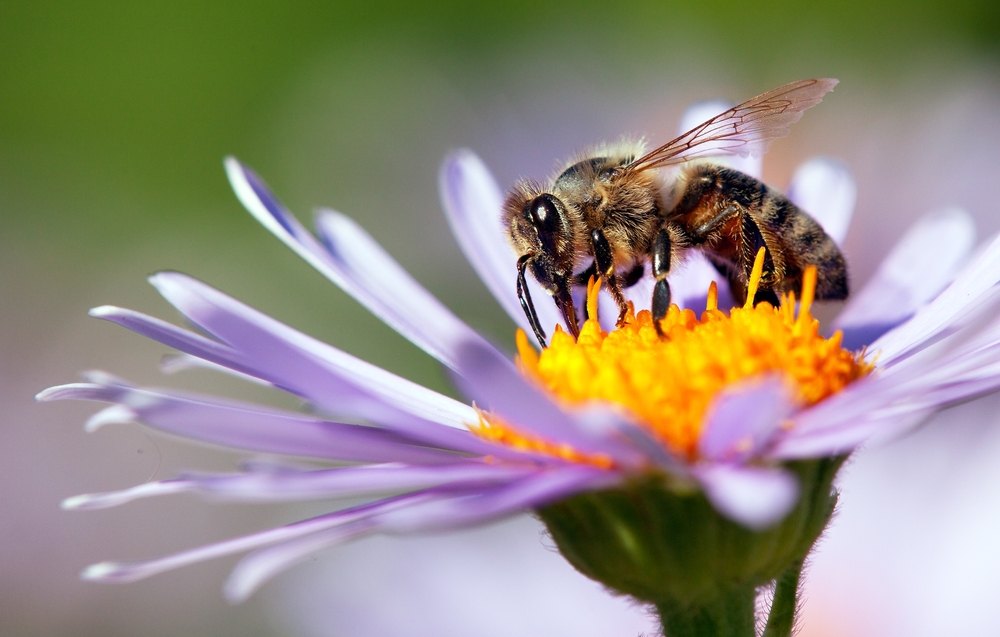 A new product will protect bees from a certain type of pesticide.
Photography by Daniel Prudek/Shutterstock
Share
Tweet
Pin
Email

An estimated 35 percent of our food directly relies on pollinators, such as honeybees. But in recent decades, an alarming number of bees have died off, in part due to the use of pesticides in agriculture.

Studies have shown that wax and pollen in 98 percent of hives in the US are contaminated with an average of six different pesticides, leading to widespread colony collapse disorder. Beekeepers lose around a third of their hives each year. Wild honeybees are affected, too, further threatening food security and prices across the country.

A group of researchers at Cornell University have developed a new approach to saving the bees. “Pesticides are one of the biggest stressors that bees are going through and one of the big reasons why they are declining,” says researcher James Webb, CEO of Beemmunity and co-author of the resulting study recently published in Nature Food. “We came up with this idea that you could detoxify pesticides in bees.”

Webb, who graduated from Cornell with his master’s degree last summer, worked with postdoctoral researcher Jing Chen to target organophosphate-based insecticides, which make up a third of all pesticides on the market. They developed a pollen-sized microparticle filled with enzymes that encapsulate organophosphate, a widely used insecticide. Serving as an antidote to the harmful insecticides, the microparticle can be mixed with pollen patties or sugar water. Once ingested, the enzymes pass through to the bee’s midgut, where the microparticle’s casing sequesters the organophosphate pesticides, breaking them down and detoxifying them before they can be absorbed and harm the bee.

In their controlled study, the bees that were fed the microparticles along with an organophosphate pesticide had a 100 percent survival rate. The ones who didn’t receive the therapy died within a few days.

Webb founded his company, Beemmunity, through which he plans to sell pesticide-shield products that use the new technology, licensed through Cornell’s Center for Technology Licensing. He says they’re now working on a second iteration of the design that would target other kinds of pesticides. Similar to how charcoal traps toxins and chemicals in the gut when used in humans, the new design absorbs pesticides out of the bee gut.

Beemmunity is running trials on 240 bee colonies this summer and plans to launch its products later this year or early next year. When available, they will be not only for beekeepers and farmers, but also for gardeners and homeowners. Webb says he also hopes golf courses and landscapers will embrace the new technology.

Though the products protect bees from harmful pesticides, they are not intended to be used in tandem with one another. “I would never advocate for the validating use of pesticides based on using this,” says Webb. “But it’s definitely something people can use as a way of stopping what their neighbors might be doing.”

If I pollute then I have to pay for the social cost of that pollution. If this Beemunity product is effective then the cost of it should be paid by the manufacturers of the organophosphate pesticides that are killing the bees.

What about the wild pollinators who are also ingesting the toxins?? Ban them from the get-go before we destroy ourselves.

Popular
Why Don’t We Eat Turkey Eggs?Dan Nosowitz
7 Smokable Plants You Can Grow That Aren’t MarijuanaBrian Barth
6 Differences Between Llamas and AlpacasAndrew Amelinckx
What’s the Story, Wishbone?Rebecca Katzman
Goat Sex: Everything You Wanted to Know But Were Afraid to AskAndrew Amelinckx
Explore Modern Farmer
Related
Animals, Environment, Technology
Alaskan Salmon Face a Stream of New MinesBecki Robins
Animals, MTMF
Meet the Maine Teenager-Turned-Landscaper Thanks to Grazing GoatsBridget Shirvell
Animals, Environment, Health
To Stop New Viruses Infecting Humans, We Must Protect Bat HabitatAlison Peel, Peggy Eby, Raina Plowright
Animals, Food & Drink, Lifestyle
The Great (Sticker Shock) ThanksgivingLindsay Campbell
wpDiscuz
We use cookies on our website to give you the most relevant experience by remembering your preferences and repeat visits. By clicking “Accept”, you consent to the use of ALL the cookies.
Cookie settings ACCEPT
Privacy & Cookies Policy