A New Route to Hardier Rice: Tweak its Microbiome 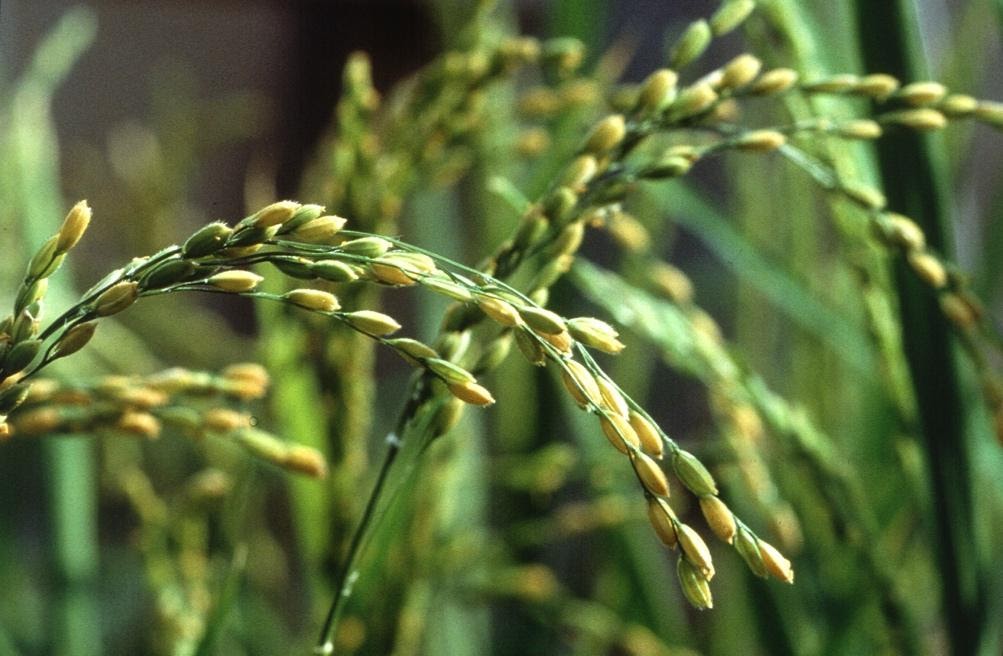 The next wave of innovations in crop science may come not from cross-breeding plants or reprogramming their genes but by tweaking the microbes that live in, on and around them.

Yes, plants have microbiomes, too, and those billions of tiny hitchhikers can help them grow and fight off invading pathogens. Researchers are trying to understand these microbial communities and adjust them to help plants become more resistant to drought, heat and infection. As crop diseases spread due to globalization and climate change, disease-resistant plants with fortified microbiomes may become vital to ensuring a steady food supply for a growing human population.

“I think the future is about equipping plants with natural, productive microbiomes and bringing the whole community in balance,” says Tomislav Cernava, a microbiologist at Graz University of Technology in Austria.

Plant-associated microbes have been a fertile area of research for decades. Plant researchers have identified microbiomes in the soil, which can help plants acquire nutrients such as nitrogen and root-associated fungi that can help plants communicate with each other. But recent research has also been peeking inside seeds to learn more about the microbes huddled there.

Cernava and his team described the microbiome of rice seeds in a new paper published in January in Nature Plants. His team wasn’t just looking for a microbiome anywhere it could find one, though—it was trying to solve a puzzle.

Chinese scientists had found that some rice plants in the coastal Zhejiang province were failing because of an infection by a bacteria called Burkholderia plantarii, while others were immune. The plants should have been identical; they had been grown from the same cultivar, or strain, of seeds and were genetic twins.

On closer examination, Cernava found that the plants that were susceptible to infection had a different seed microbiome. Specifically, the susceptible plants had lower amounts of a bacteria group called Sphingomonas, which kept pathogenic bacteria at bay by producing an acid that stopped the invaders from making tropolone, a chemical that stunted the rice plants’ growth.

That last step is what perks up the ears of some researchers: Transferring immunity by altering the microbiome, especially in the wild, has been a difficult target to hit. “This is one of the few cases where it actually works in the field,” says Sheng-Yang He, a plant biologist at Duke University who was not involved in the study.

Researchers have previously observed protective immunity from bacteria and isolated the responsible species. But when it comes time to use the bacteria as an intervention in a more complicated system with wild bacteria and wild plants, it often doesn’t work, says He, perhaps because the environmental conditions, or resident microbial communities, are different.

Each single species is just one part of a much larger microbiome community, which can affect how it interacts with plants, according to Matt Agler, a plant microbiome researcher at Friedrich Schiller University Jena in Germany.

Understanding how a microbial community works together is vital for researchers and farmers hoping to harness the microbiome, says Agler. While individual species might be found to have particular effects, there are many threats a plant can face, and different microbes might help plants in different scenarios. “You never know what’s coming this growing season,” Agler adds.

If researchers can find ways to navigate these complexities, the microbiome could become fertile ground for a wide range of interventions to shore up the food supply. That could turn out to be crucial. Even though humans have been selectively breeding plants to produce more desirable characteristics for 10,000 years, today’s interventions mostly occur in the laboratory through genetic engineering techniques that face opposition by a significant number of Americans. In a 2016 Pew Research Center survey, 39 percent of respondents believed GMOs were worse for their health than other foods, despite the fact that most scientists agree they’re safe.

Adjustments to plant microbiomes may be a much less controversial approach, researchers say. “Forget genetic engineering,” says Duke’s He. “If we can transplant that kind of [microbial] community to plants that normally don’t have that community, wouldn’t that be wonderful?”

There are already some companies that are harnessing the power of microbes for farmers, selling bacteria and fungi as organic pesticides or seeds coated in helpful bacteria to lend nutrients.

But since Sphingomonas bacteria actually lives inside rice seeds, the immunity it provides can be passed down from generation to generation of rice plants. Altering interior microbiomes might be more like a one-time, preventative measure, rather than a medicine to be used constantly.

Cernava thinks his team’s work may one day be available commercially to help protect rice crops, and he hopes that nature can continue to inspire new innovations in agriculture.

“I think in the future,” he says, “we should try to learn from nature.”

The leaders in seed evolution is the cannabis cultivation industry. Dutch growers were coating seeds with Kaolin and incoluating those seeds with fungi over 25 years ago. Reason? No one pays $2000/lbs for rice or potatoes….

In our current run a muck capitalism system it will need to be patentable and monopolized to be brought to the mainstream. That is unfortunate.

Popular
7 Smokable Plants You Can Grow That Aren’t MarijuanaBrian Barth
New Solar Panels Allow Farmers to See the LightNaoki Nitta
6 Differences Between Llamas and AlpacasAndrew Amelinckx
The Cold Swim HomeMarcie Callewaert
Goat Sex: Everything You Wanted to Know But Were Afraid to AskAndrew Amelinckx
Explore Modern Farmer
Related
Environment, Labor, Water
California Farms and Farmworkers Attempt to Recover From Record FloodsNaoki Nitta
Aquaculture, Technology
Can Interactive Mapping Tools Guide Shellfish Restoration?Bridget Shirvell
MTMF, Plants
This Modern Farmer Wants You to Grow a New Potato StrainBevin Cohen
Food Waste, Plants, Technology
New Solar Panels Allow Farmers to See the LightNaoki Nitta
wpDiscuz
We use cookies on our website to give you the most relevant experience by remembering your preferences and repeat visits. By clicking “Accept”, you consent to the use of ALL the cookies.
Cookie settings ACCEPT
Privacy & Cookies Policy