The Pandemic Made This Maryland Man a Farmer Again

Howard Kohn has rediscovered his love of growing food. 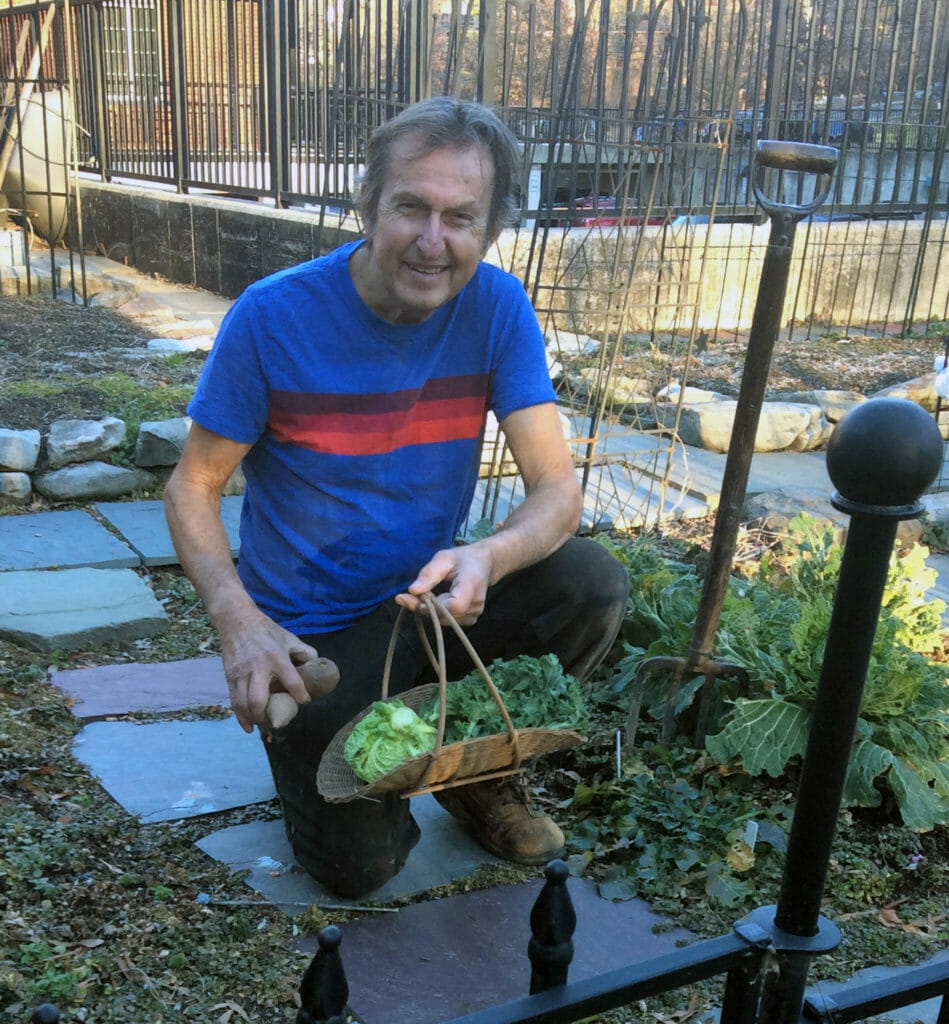 By the age of 12, Howard Kohn had made up his mind. He wasn’t going to follow in his father’s footsteps and become a farmer. He didn’t want to work long, hard days, milking cows and hoeing a patchwork of fields. And besides, he wanted to travel the world.

Kohn left his family’s farm decades ago, but this summer, he found himself reconnecting to a world he thought he wouldn’t return to. He got up every day before dawn, like he did when he was growing up, and went to work on a plot of land seven blocks away from his home in Takoma Park, Maryland.

Around ten years ago, Kohn, who is now a semi-retired political consultant, helped launch an educational garden on an acre of land on the city’s municipal grounds. He provided direction to the parents and children who worked the garden during that time, but he didn’t do any of the physical labor. When the pandemic hit, he volunteered to work the garden to make sure it didn’t lie fallow for a year. He spent a few hours every day weeding and watering, and he was surprised to find he enjoyed it.

“At first, I had a flashback to being an adolescent and thinking it was going to be drudgery,” he says. “But it brought back memories, connected me back to where I came from.”

Kohn grew up on an organic 120-acre farm in Michigan, near Lake Huron, where his parents raised livestock and grew a smattering of crops. Kohn’s great-grandfather started the farm after he immigrated from Germany in the 1880s. All summer long, Kohn and his siblings used to work on the farm. When they weren’t bringing in hay, they were hoeing. It was hard work that he didn’t appreciate at the time and he dreamed of visiting the places he’d read about in magazines, such as National Geographic. He eventually left for city life and went on to have a long and successful career in journalism.

Years later, his father decided to sell the farm after suffering a heart attack. Kohn’s father had spoken to him and each of his siblings when they were younger about the possibility of taking over the farm one day, but all had turned him down. Prompted by a sense of remorse at the loss of the farm, Kohn chronicled the challenges his father faced during those last years in a book called The Last Farmer: An American Memoir. By the time his father decided to sell, Kohn had done a lot of travelling, and he often found that he missed the farm. He yearned to drive down the country roads that led to his family’s home and had made a point of returning to the farm regularly.

He says his pandemic garden made him a farmer again, as it reconnected him with part of his upbringing. There were a few a things he had to relearn and others he learned for the first time through trial and error. The climate in Maryland has been especially hot and humid in recent years. He had to figure out what time of day was best to water and what varieties of vegetables would do the best in the conditions. “We had a really cold, wet spring, and nothing would grow for weeks. And then, it was beautiful. So I remembered, you have to have patience,” he says.

Kohn grew all sorts of vegetables, including tomatoes, cucumbers, greens, beans and squash. He donated the food he grew to local food drives that were set up to help those in need during the pandemic.

His family’s philosophy has always been that some good comes with anything life brings you. He says that’s certainly been true for him during the pandemic.

“I wouldn’t have quite anticipated what good was delivered to me, but I’m grateful,” he says.