Cow Cuddling is the Latest Wellness Trend on the Rise

Hugs from cows—just what the doctor ordered. 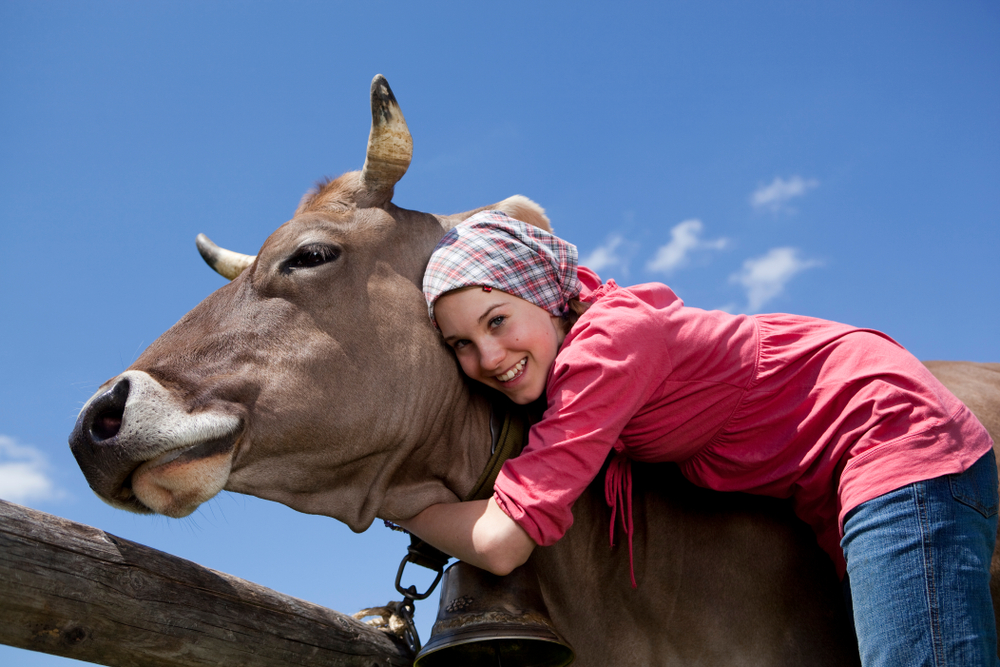 In these turbulent times, we’re all looking for ways to de-stress. Some have taken up meditation. Others cuddle cows.

Yes, that’s right. Like goat yoga and horseback riding, hugging cows is the latest therapeutic farm pastime that has been gaining traction, according to a report from BBC. Offering cow cuddles as a form of therapy originated in rural regions of the Netherlands more than a decade ago, and it has started to emerge on farms in the United States as a form of agritourism.

This experience usually involves a tour of the farm and then a rest leaning against cows for a cuddle that lasts around two or three hours. The combination of the animal’s warmer body temperature, slower heartbeat and larger body size reportedly sets the tone for a calming, oxytocin boosting experience (the chemical that’s released during social bonding).

Human touch is something that’s been lacking with social isolation brought on by COVID-19. Medical professionals have said that being deprived of human touch has negative health implications on its own. Also known as touch starvation, lack of human touch has been linked to increases in stress, depression and anxiety. And with stress comes the release of the hormone cortisol, which can increase heart rate, blood pressure and respiration while also suppressing the digestive and immune system.

Other research has shown that this therapeutic farm experience could also be beneficial for the cows. In 2007, a European study published in the journal Applied Animal Behavior Science found that when the animals were massaged, they showed cues of deep relaxation like lowered heart rate, stretching out their necks and allowing their ears to fall back.

So if you’re feeling victimized by touch starvation, you might want to try treating yourself to some cow hugs. You’ll thank us later. The cows will too.