At least 20 municipalities have changed local laws to allow backyard chicken coops since the pandemic started. 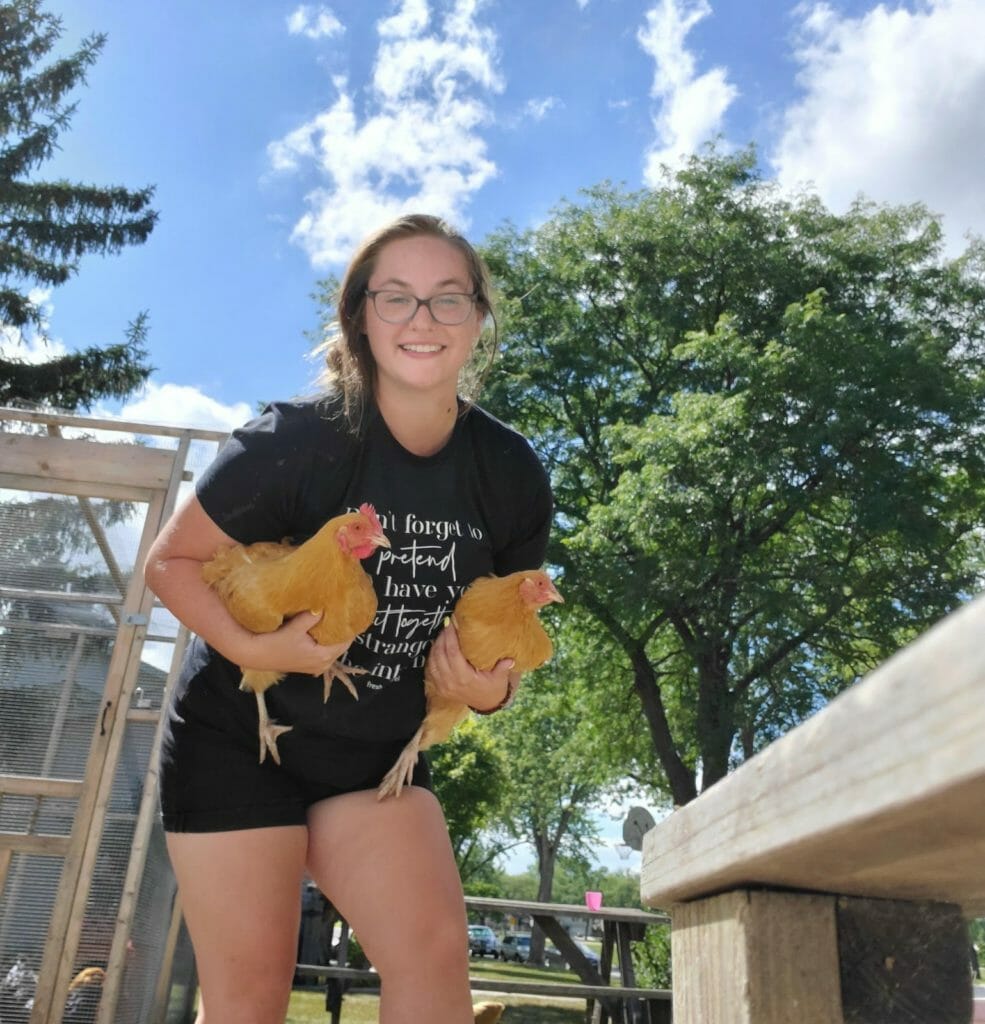 Amid the panic buying and lockdowns at the beginning of the pandemic, Melissa Goodridge felt the urge to be closer to her food source.

Goodridge, who lives in Darien, Illinois, says like many Americans, she was planning on starting a garden, but after doing some research she decided to take it one step further and also buy some chickens. In late March, she brought home five buff Orpington chicks. Despite feeling prepared for their arrival, she later realized her city was not.

When a neighbor reported her crowing rooster (which she had thought was a hen) to her local municipality, Goodridge says she became immersed in a four-month battle over whether or not she could keep her chickens. Eventually, after attending many meetings and trying to rally her community around the issue, she won. Earlier this month, the local government approved an ordinance allowing backyard chickens and laying out coop standards. The ordinance lets residents have up to six hens, as long as owners have a city permit and a private fence around the coop.

The city of Darien is not unique in this endeavor. Since the pandemic started, at least 20 municipalities across the country have changed their rules to allow backyard chicken farms. An additional handful of local governments are considering changes to respond to increasing requests to keep chickens in urban areas. 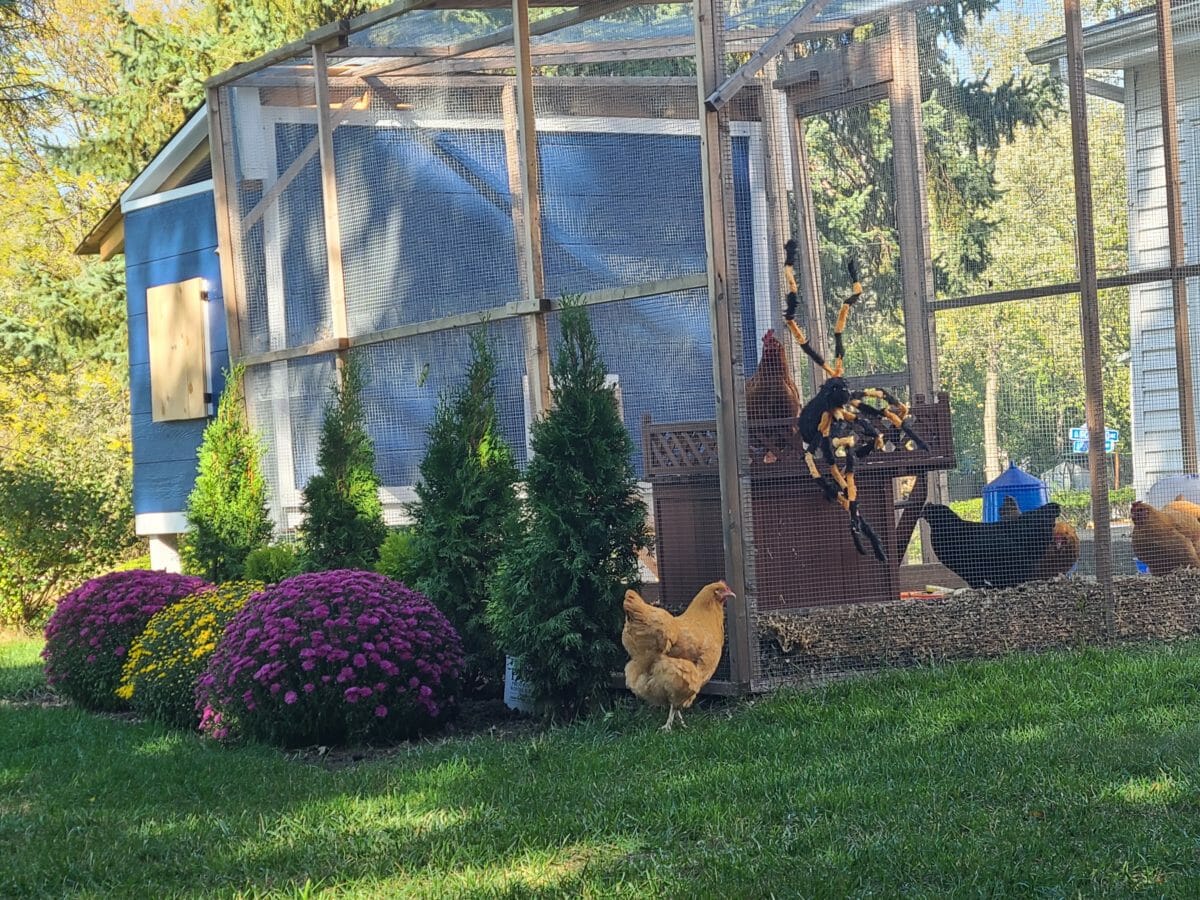 Cody Brown has been waging his own war in Rapid City, South Dakota. Since July, he says his life has been consumed with attending meetings and mobilizing members of the community so that he’s able to keep chickens.

“I don’t know why chickens are so polarizing, but they appear to be,” he says. “I find it really silly that we come from an agricultural state and we just went through a time where the shelves were wiped clean. If that happens again we’ll be flat footed again.”

Current rules in Rapid City let residents have poultry in their yard, but only if it is at least three acres. Brown, being a real estate agent, says that there are only two or three properties that have that amount of acreage in the city of 70,000 people. He’s also aware of more than a dozen people in the city who are already operating chicken coops in their yards despite the restrictive rules. Many of them, he says, bought chicks during the pandemic.

On November 16, the local city council is set to vote on whether to shelve the three-acre rule and allow up to six chickens on single-family residences. Brown says he and a group of about 50 people have rallied public support and worked with select city councilors on the initiative. But the future of urban chicken farming in Rapid City, he says, depends on if enough pro-chicken councilors get elected or re-elected. 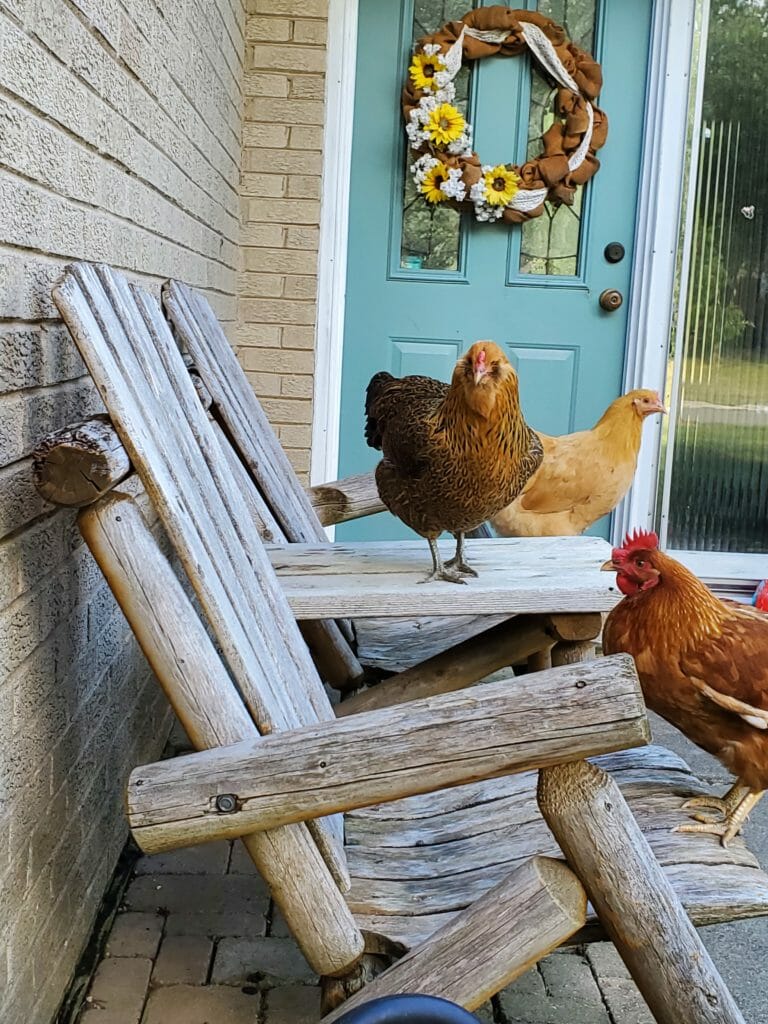 When it comes to drafting new rules to accommodate backyard coops, experts in animal welfare and the poultry industry say it’s important that local municipalities not rush them and to be specific. Catherine Brinkley, an associate professor at UC Davis in Human Ecology, Community and Regional Development, has been critical of how cities approach ordinances even before the pandemic inspired an interest in backyard chicken farming. A 2018 study she led examined the effectiveness of chicken coop ordinances in Colorado and found that these local rules need to do enough to protect animal welfare and human health. Unlike commercial poultry guidelines, the majority of ordinances did not include standards for vaccination or veterinary care.

Brinkley says the best approach to establish such standards would be by working directly with experts like agriculture extensions officers and veterinarians.

“I’m concerned that many people may be doing the practice illegally and that many cities push through regulations without considering public health impacts,” she says.  “These are both issues because public agencies cannot enforce rules, if the rules do not exist.”

“With the naïve poultry owners, not paying attention, not washing their hands, not watching the kids who are handling the chicks … they get sick and the numbers go up,” says Jacquie Jacob is a poultry branch extension project manager at the University of Kentucky. “It’s a little bit of ignorance. People think that because they are pets, they won’t get sick. It’s a problem.”

Jacob says it’s hard to mandate proper education around chickens and health in an ordinance, but not impossible. In Jacksonville, Florida, residents are required to take a course before the city allows them to house the animals in their backyard.

Despite these concerns, Jacob believes that the animals can be ideal companions to alleviate some of the burden of these turbulent times, especially for families.

For Goodridge, this couldn’t be truer. The mom of three has been homeschooling her kids since the school year started and says the chicken coop in her backyard has been a welcome addition to their curriculum. It’s provided them with early education on agriculture and animal husbandry, she says. And now that her crusade to keep her flock is over, it’s something that can once again serve as a positive distraction from the rest of the world.

Clarification: A previous version of this story only cited the number of salmonella cases linked to backyard poultry for this year (1,346) and 2018 (334), without mentioning other recent years when there were comparably high reported cases.

All kinds of indoor pets can cause salmonella, such as lizards & birds. No one tries too regulate those pets!

Salmonella is primarily an issue in the industrial agriculture world, not the backyard/homesteading world. All chickens carry Salmonella, but the levels in healthy, backyard poultry are extremely low compared to the levels found in industrial farms (where the birds need to be fed antibiotics in order to keep it from exploding). Any incidence of Salmonella illness from having backyard chickens is more to do with one’s immune system not being prepared to deal with it, since most of us grew up eating these antibiotic-laden eggs and meat, thus rendering our immune systems weakened to the ordinary, wild bacteria that exists… Read more »

Started chickens and ducks 3 years ago and love it entirely!

How many instances of salmonella are associated with industrially produced poultry?

Such a fabulous blog..

That’s why I’m voting for Republican, because the Democrats are all for more stupid regulations.

What kind of chicken is this? We have one just like it, but when we purchased our other chicks it was different from the others and the feed store didn’t know what she was. We love her, but I’d love to know what she is! Thanks in advance.