Scientists say it’s time to start planning for these scenarios. 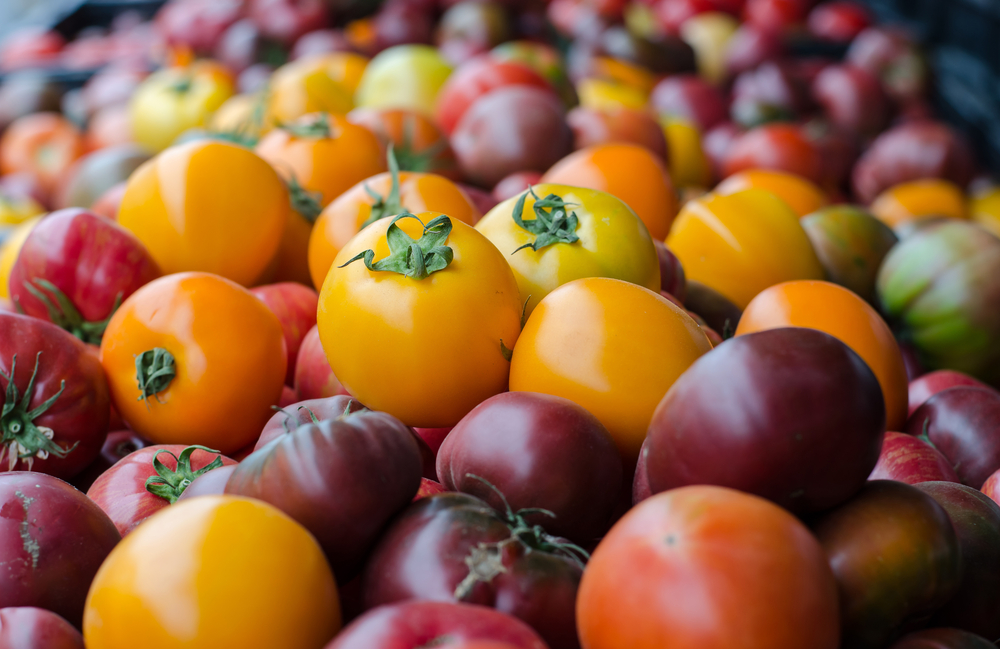 by ChicEats on Shutterstock.
Photography We could see fewer tomatoes produced in California by 2050.
Share
Tweet
Pin
Email
200 Shares

These days there is no shortage of research illustrating the threat of climate change on our food system. Mounting studies have shown that rising temperatures will take a serious toll on agriculture and farmers will have to shift to deal with what’s to come.

In California, which accounts for 40 percent of the country’s organic produce, a group of scientists with the Lawrence Berkeley National Laboratory has examined the effects climate change will have on five main crops between 2045 and 2049. Their research analyzed lettuce, broccoli, carrots, tomatoes and cantaloupe, which are produced more in California than in any other state, and shows that some adaptations will be possible to grow some but not others.

Cool season crops like broccoli and lettuce could actually have their growing season extended in the state, according to researchers. This is because climate models showed a slight increase in winter temperatures, which would be above both crop’s minimum temperature threshold, allowing them to be grown into the winter by mid-century. So lettuce, for instance, which has a growing season that historically runs from September to December and February to April, could be grown from November to March in 30 years.

Warm season tomatoes didn’t fare as well. Based on projections, scientists believe the warm season will become too warm, as tomatoes have been historically grown into the summer. It will be likely that farmers who want to continue growing these varieties will have to move to milder climates, researchers say, as the crops need four consecutive months to grow. Summer months in the future will be too hot for the crops to thrive. New growing seasons researchers proposed from March to September and October to January, do not accommodate the current needs of this crop. The study shows that Californian farmers who grow tomatoes could face up to a 66 percent deduction in available agriculture land due to warming temperatures.

Alison Marklein, a biogeochemist at the University of California and lead author of the study, says that governments and the agricultural industry will need to start planning now to deal with the challenges farmers will likely face.

“California produces the majority of nutritionally dense crops for the country, so the security of our food system really depends on the ability of California to keep producing these crops,” she says. “It’s imperative that we start planning for these scenarios now so we’re not hit with a curveball we could have planned for.”

Marklein says researchers will need to start looking into farming practices that could extend growing seasons or allow for more food to be produced in a changing climate. She says more irrigation on farms, for example, could allow tomatoes to still grow in rising temperatures, as it has the potential to alleviate some heat effects.

She says there will be more competition for land in the future and it will be important to gather more specific information on exactly where and how much of these crops can be grown in a way that will ensure that producers in California can continue to feed the nation.

Farmers will have to grow different crops- sorry to say. Irrigation in a region that is already ravaged by drought, should not be the solution. Perhaps California govt will offer land swapping with other land owners in regions that can better support crops that utilize considerable water quantities.
World wide- we need to evaluate our crops, trade practices and supply and demand. Grow what is feasible per region. This can Reduce climate refugee migration, reduce food deserts, redirect supply chains, change global water usage.

Perhaps indoor hydroponic farms can replace some of the soil-grown tomatoes and lettuce. Both tomatoes and lettuce are currently grown indoors in California using less water than the equivalent production of soil-grown crops. But I don’t know if warmer temperatures would make the indoor operations (particularly greenhouses) too hot.

Related
Animals
Mormon Crickets Swarm Oregon FarmsShea Swenson
Personal Essay, Plants
I Failed at Growing Food for Humans, So I Grew It for...Lela Nargi
Plants
Why We Need to Adopt More Orphan CropsShea Swenson
Environment, Fish, Water
The Oyster Farmers Working to Address Aquaculture’s Big Plastics ProblemBridget Shirvell
wpDiscuz
We use cookies on our website to give you the most relevant experience by remembering your preferences and repeat visits. By clicking “Accept”, you consent to the use of ALL the cookies.
Cookie settings ACCEPT
Privacy & Cookies Policy