Scientists Have Discovered How to Control Plants With Colored Lighting

The genetic future of agriculture is looking bright. 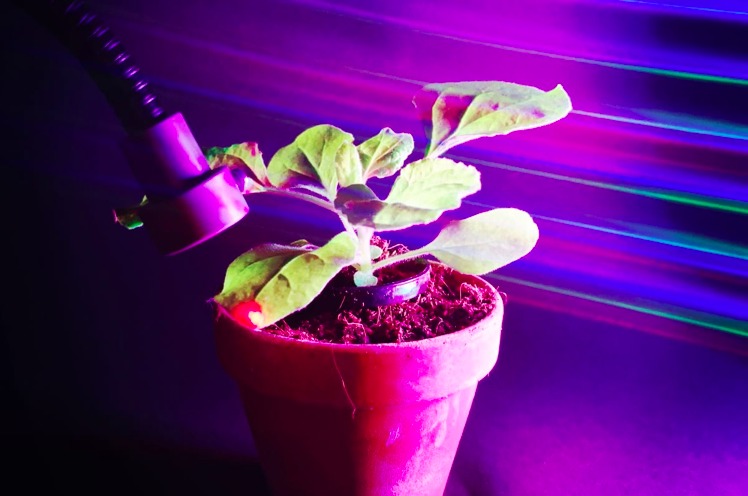 The multi-hued assortment of lights illuminating nightclubs, injecting life into jumbotrons and topping off Christmas trees could potentially serve a larger purpose in the world of agriculture.

European biologists have shown for the first time that plants’ behavior can be controlled using colored lights. In their study, published this week in the journal Nature Methods, researchers used different colored LED lights to activate genes in plants that influence behavior. When a certain gene is turned on, it encodes proteins, which dictates a cell’s function. When the gene is turned off, it doesn’t perform that function anymore. In their study, researchers were able to show they could control the genes responsible for a plant’s immunity response.

Ben Miller, a molecular biologist at the University of East Anglia, who co-authored the study, says that this method will let researchers better understand how plants grow, respond and adapt in their environment. When it comes to agricultural crops, he says the method could be used to determine and control genes that improve plant defences to pathogens and in turn improve yields for farmers.

“There’s real opportunities for the future… It really opens up new doors for plant research,” he says. “It’s really exciting for us, for plant sciences and for agriculture as well.”

Up until this point, optogenetics—the method of influencing biological behavior through lights—has been tested mostly in animal cells, yeast and bacteria. It has also started to be phased into clinical trials on humans. Before this study, plant scientists had trouble tapping into optogenetics because plants already use light to fuel their growth. Any gene switches controlled by light would keep that process active.

Miller and his team overcame this problem through colored light and found that the red light in their system can target a plant gene of interest, serving as an “on switch” to perform its function. A white light, blue light or far red light then works as an “off switch” for the gene’s activity.

Miller says this method is less of a burden to plants than usual avenues, like drugs or chemicals, which keeps genes turned on the entire time while they’re being studied.

“Having a gene ‘on’ all the time unnecessarily would be a waste of energy and cellular resources,” he says. “Expressing a gene at the wrong time could also potentially interfere with plant processes, like growth and development, so it’s really important to control when and where genes are expressed.”

Miller adds that the next step in his research will be expanding the method on other genes plants. He says it’s an effective foundation that could help answer many fundamental questions about plants. Now, it’s time to explore its potential.