The country singer has approached two farmers to transform his ranch. 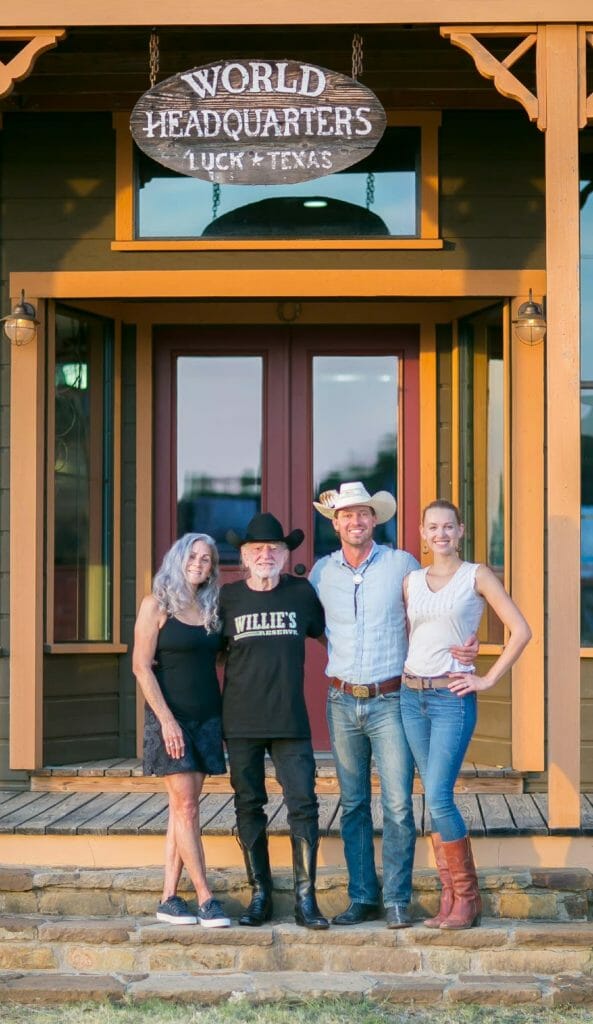 There might have been a time when Willie Nelson’s heroes were always cowboys, but these days, he’s looking up to farmers.

The legendary country singer and his wife, Annie, have asked two Texas farmers, Tina and Orion Weldon, to transform their 500-acre property, Luck Ranch, into a regenerative farm.

The Weldons have a 150-acre farm of their own, which they started in 2015 after leaving careers in academia. They focus on using regenerative methods on their large organic farm in the hope that it will be a model for the future of large-scale agriculture. They dreamed that others would take note, but they obviously never imagined it would attract Nelson’s attention.

In April, Annie approached the Weldons at a farmers market in Spicewood, Texas, to ask if they would transform their property. The Nelsons said they were looking for the right people to help them do something meaningful with their land. They chose the Weldons, given their focus on sustainably farming a large piece of land.
“It’s hard to wrap your heart around the complexity of emotion of gratitude and fulfillment and honor all at the same time,” says Orion Weldon. “It’s such an opportunity to fulfill your own dreams and aspirations, but then to be able to create something for someone else especially who cares so much as Willie does is incredibly gratifying.”

The couple began the initial steps to transform Luck Ranch in May. They’ve started by introducing pigs to the pasture to help its soil with their nutrient-dense manure. They’ve also started sprinkling native plant seed mix. The Weldons are also planning to later add chickens and light grazers such as sheep and cattle. They say that Willie and his family have been involved in all of the process, from feeding and rotating the pigs, to sowing and spreading seeds. Once the farm is operational, it will give the Weldon’s an additional venue to produce their pork, chicken and eggs.

In addition to using the land for agriculture, the Weldons hope that the Luck Ranch will be a facility to teach farmers regenerative methods on an industrial scale.

Before the Nelsons reached out, the Weldons had goals to expand the accessibility of regenerative agriculture, but their plans have been fast-tracked thanks to Nelson’s star power and resources.

“[The Nelson’s] microphone to the world is so much larger than anything we could have imagined having at this stage of our journey,” Tina Weldon says. “For them to give us that gift to really launch this message nationally is incredible.”

Thank You to the Weldon family.
Thank you to the Nelson family as well.
Great example of giving back in life!

This is great,
What a better way of utilizing land.
The weldons will do a great job to promote better life.
I will like to connect with the Weldons.
Regards

Amazing me and my wife are definitely into sustainability for us and friends all of our vegetables and herbs are grown by seed all heirloom. Willie and Anne very nice for you to do this.

I come from a farming, gardening family. My Grandpa Hall could plant a toothpick and grow an oak tree.
My Dad gardened and my husband and I gardened. I’m handicapped now but I still grow tomatoes, squash and cukes from my deck.
I went to 2014 Farm Aid in Raleigh NC

Never too old to learn something new. Thank you.

I would like to get more info. I’m a small town veteran beef farm trying to get started and would some guidelines on how to help. Thank you sir or mam. Danny

Since when are sheep “light grazers”?