Farming organizations say farmers of color and small growers will likely fall through the cracks. 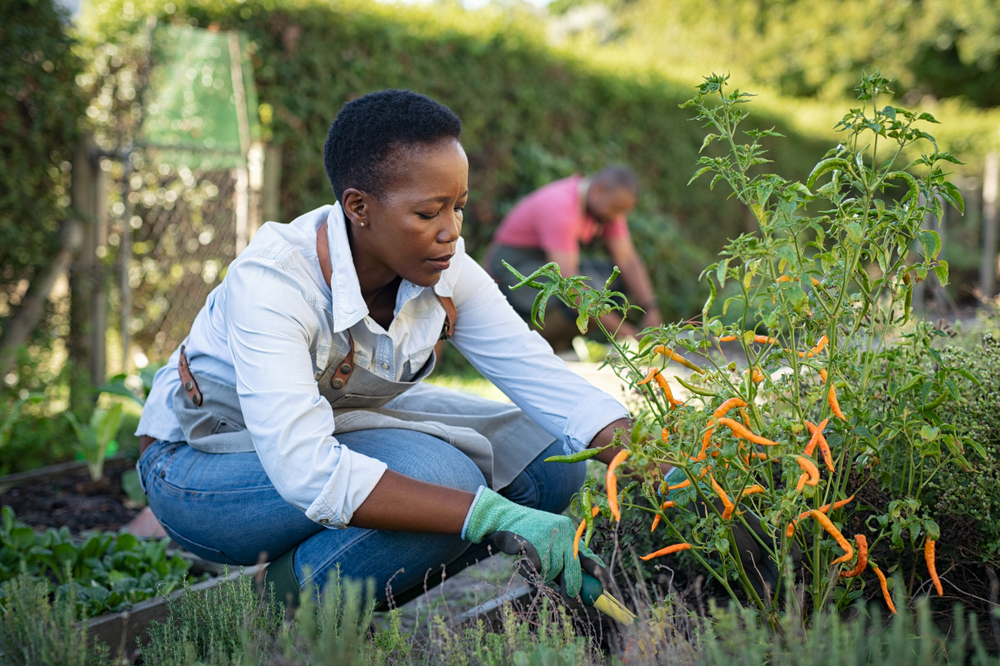 Last week, the US Department of Agriculture said it had approved $545 million in direct payments to nearly 36,000 farmers and ranchers who have struggled during the pandemic, as part of the $16-billion Coronavirus Food Assistance Program (CFAP).

The program has been touted as the largest single direct payment to American farmers in history. And yet farming organizations are worried that CFAP won’t do enough to help many small growers and farmers of color who have been among some of the hardest hit by the pandemic.

They fear that the way the program’s applications are administered, and a first-come-first-served structure could become barriers for farmers to get the help they need.

“The USDA has said publicly that they wanted to come up with a program that was simple and easy to administer and was clear,” says Eric Deeble, the policy director of the National Sustainable Agriculture Coalition. “It did not at any point say fair or equitable in the list of program design criteria.”

The program is being administered through local offices of the Farm Services Agency (FSA), which is the wing of the USDA that handles loans and credits. Many black farmers still distrust their local FSA offices after decades of discriminatory loan practices, which led to black farmers losing their land. Some farmers from underserved communities simply don’t have a relationship with the FSA office, due to language barriers and other obstacles.

While farm groups say the USDA has been making good faith efforts to reach out to farmers about CFAP, the fact that applications for the program go through local FSA offices is a barrier in itself. Many black farmers historically haven’t benefited much from USDA loan and assistance programs, and some fear that won’t change with CFAP.

“The reality is that there are many black farmers who fall between the cracks,” says Cornelius Blanding, the executive director of the Federation of Southern Cooperatives/Land Assistance Fund, an association of black farmers and landowners.

Blanding’s organization surveyed its membership and found that 73 percent of the farmers in the cooperative either don’t know about the program, or haven’t applied. Blanding says that USDA aid programs in the past have generally catered to larger farms and commodity crop growers, while most black farmers operate smaller acreage. “Our hope is that the USDA continually engages organizations like ours and others to make sure they’re thinking about all the farmers,” he says.

In an email, a USDA spokesperson said the department began outreach efforts before the program was announced to help those unfamiliar with the FSA to begin preparing the necessary documentation.

“As the department formed the program, we went to extensive lengths to simplify and streamline this program application process for farmers as evidenced by the simple requirement that farmers will self-certify their applications,” the spokesperson said in a statement. “Furthermore, the rollout of the program included stakeholders who serve these historically underserved communities and Tribal Nations. The Farm Service Agency and Agricultural Marketing Service continue to provide outreach to all producers on the CFAP program.”

Critics say the structure of the program will also hinder the ability of small diversified direct-market growers, as well as young first generation farmers to qualify for much aid. As of last week, around 86,000 farmers and ranchers had applied for CFAP, which opened applications after Memorial Day. The USDA doesn’t know exactly how many farmers it will reach at this point with the funding, but it estimates that there could be around 1.6 million applicants, based on census data. There are around 2 million farms total in the US.

The amount of aid farmers receive in the portion of funding meant to cover price losses is based on a formula that factors the drop in wholesale commodity prices between January and April. This calculation doesn’t take into account lost revenue. It also doesn’t consider price premiums that smaller farmers charge to their customers in normal times. “It’s just not worth the paperwork, compared to the time that you could be spending farming and looking at other marketing channels,” says Sanaz Arjomand, the federal policy director for the National Young Farmers Coalition.

Matthew Linehan, a small potato farmer based in Vermont, says he isn’t going to bother applying for CFAP funding as the amount he would receive wouldn’t come close to his losses. When restaurants shut down in mid-March, he had $20,000 in open invoices he hasn’t been able to collect. He estimates he would only get around $1,600 from CFAP.

“I’m not going to fill out a bunch of government paperwork to collect $1,600 on $20,000 owed,” says Linehan, who scrambled to find new customers, such as grocery stores, for his potatoes, and had to sell them at a lower price point.

Another structural issue critics say will disadvantage smaller farmers is that the FSA is distributing the funding on a first-come-first-serve basis. This will mean that farmers with simple planting schedules that are easy to document will be first in line and more likely to receive payments, while growers with more complicated planting schedules or who are simply not as familiar with applying for USDA programs, may take weeks to compile their documentation.

Farm groups say they would like to see the USDA consider reserving a certain portion of funds for farmers of color and smaller diversified producers to make sure they have the time they need to assemble the necessary records.

Despite the sheer size of the bucket of funding in CFAP, many fear it still won’t be enough to stop more farmers from falling into bankruptcy in the weeks and months ahead. In March, farm bankruptcies rose by 23 percent over the previous 12 months.

Before the pandemic, American farmers had already struggled through a trade war with China and a number of hard years of low commodity prices. Farming groups are hopeful the federal government will provide more aid for smaller farmers beyond what’s in CFAP. As without more assistance, they fear the number of farmers who file for bankruptcy may approach levels not seen since the 1980s, when there was a wave of farmer suicides sparked by financial stress.

“This is an emergency aid program to make sure farmers don’t go bust because of a once in a hundred year global pandemic. But because of the way it’s designed, I don’t think it’s going to do that,” says Deeble. “There are going to be a lot of small family farmers, maybe those on 10 acres or less, and dairy producers, who are going to fail.”