Growing Mainstream: How Gardeners are Becoming the New Influencers 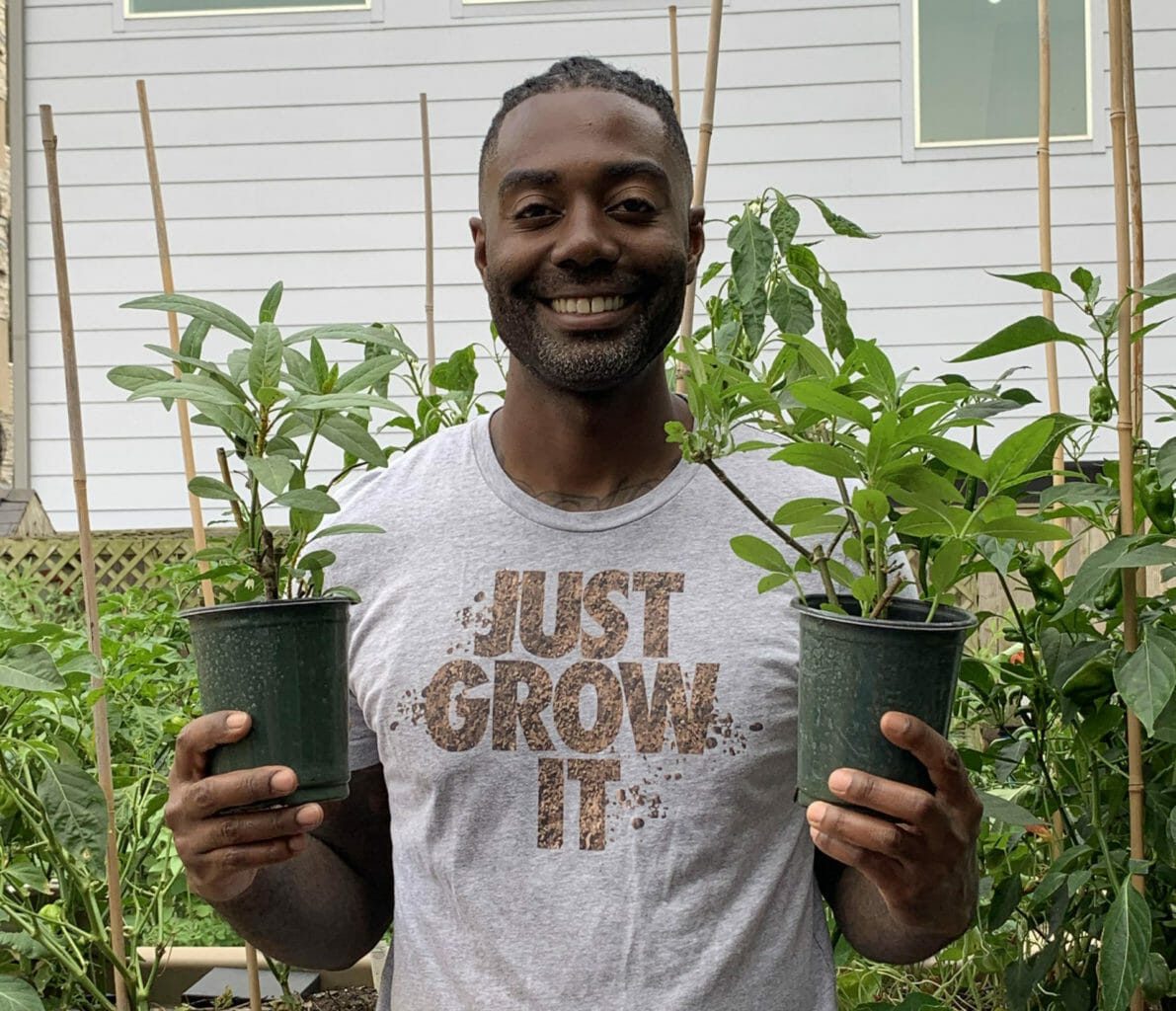 When Timothy Hammond decided to document his gardening adventures on Instagram, he thought he might attract a few like-minded people who shared his passion for growing food.

Over the past two years, the urban gardener has gradually established a loyal fan base that’s exceeded his expectations for what he considered a hobby account.

But it wasn’t until the pandemic hit that he saw engagement increase at an overwhelming pace.  Hammond has gained more than 10,000 new followers in just the last six weeks, as more people have started thinking about growing their own food.

“People are being forced to take a step back and look at their food system,” he says.

Prior to the COVID-19 pandemic, Hammond says he would maybe receive one message every few days from a follower asking for gardening help. He now receives multiple questions a day from new gardeners seeking basic tips.

Hammond is far from alone as social media experts say the mounting resurgence of backyard gardens has helped many green-thumbed posters elevate their Instagram status, lifting them on a projection to join other mainstream “influencers.” Many social media influencers have found ways to monetize their fame and large online followings by promoting certain products in exchange for payment by a brand or company.

Social media experts like Karen Freberg say that Instagram gardeners have seen their influence rise, as many traditionally popular online personalities have come under attack for being out of touch with the world during the pandemic.

Experienced farmers, gardeners and homesteaders are proving to be a refreshing contrast to some of these more materialistic counterparts, who are perceived as being driven by consumerism, says Freberg, an associate professor at the University of Louisville. These garden influencers have an authentic veneer, and a simple interest in providing valuable information about how to become more self-sufficient. Freberg says this could make their standing as influencers long lasting.

“People are going to remember who has helped them,” says Freberg. She adds that social media savvy gardeners and growers will likely create a shift in influencer culture and redefine what it means to be a popular account influencing the masses. And despite this specific group initially being part of what is usually a niche community, Freberg says the growing numbers of food-focused people emerging as a result of the pandemic will open doors to new business partnerships.

“The trajectory is only going to get bigger,” she says.

Experts say this phenomena of garden influencers could even outlast the pandemic. Kathy Sheehan, a senior vice president at Cassandra, a firm that studies youth trends, says that even before COVID-19, more people were desiring a connection to the outdoors. “This pandemic is probably one of the things that’s going to cement it or accelerate it in terms of it being an important thing for young people,” she says.

Sheehan, who conducts research on influencers and people’s perceptions of them, adds that the success of influencers is very dependent on their authenticity and ability to connect with people. These things have become even more important as people have been living in isolation. She says that gardening also lends itself inherently to community, a powerful motivator.

Katie Parks, a homesteader in northern California has tried to maintain a sense of intimacy with her community despite experiencing a recent increase in followers on Instagram. She already has a number of partnerships with brands, but also recognizes she needs to strike the right balance to keep her online community happy.

A post shared by KATIE :sunflower: Northern California (@frecklesandsprouts) on May 1, 2020 at 7:47pm PDT

“I’ve made a lot of really genuine connections on here. And I like that I want to keep it that way,” she says. “There’s never a message I ignore or a question I don’t answer.”

Hammond has thought about how he could make an income off of his Instagram. But between working as an urban gardener and agriculture consultant for farms and garden centres, he says it’s just an added bonus for him to help people in another way.

Wooowww! This is really true. My life has completely changed as a result of farming and sharing my experiences these difficult moments of COVID-19.
I’m glad too, that there are many people who want to be taught how to sustain themselves in little farming expeditions. Good read!

I think it’s great that gardening is becoming hip!
I was becoming concerned that with the aging out of baby boomers (many of whom were avid gardeners), gardening was going to fizzle out in large part.