These ladies brew and farm. 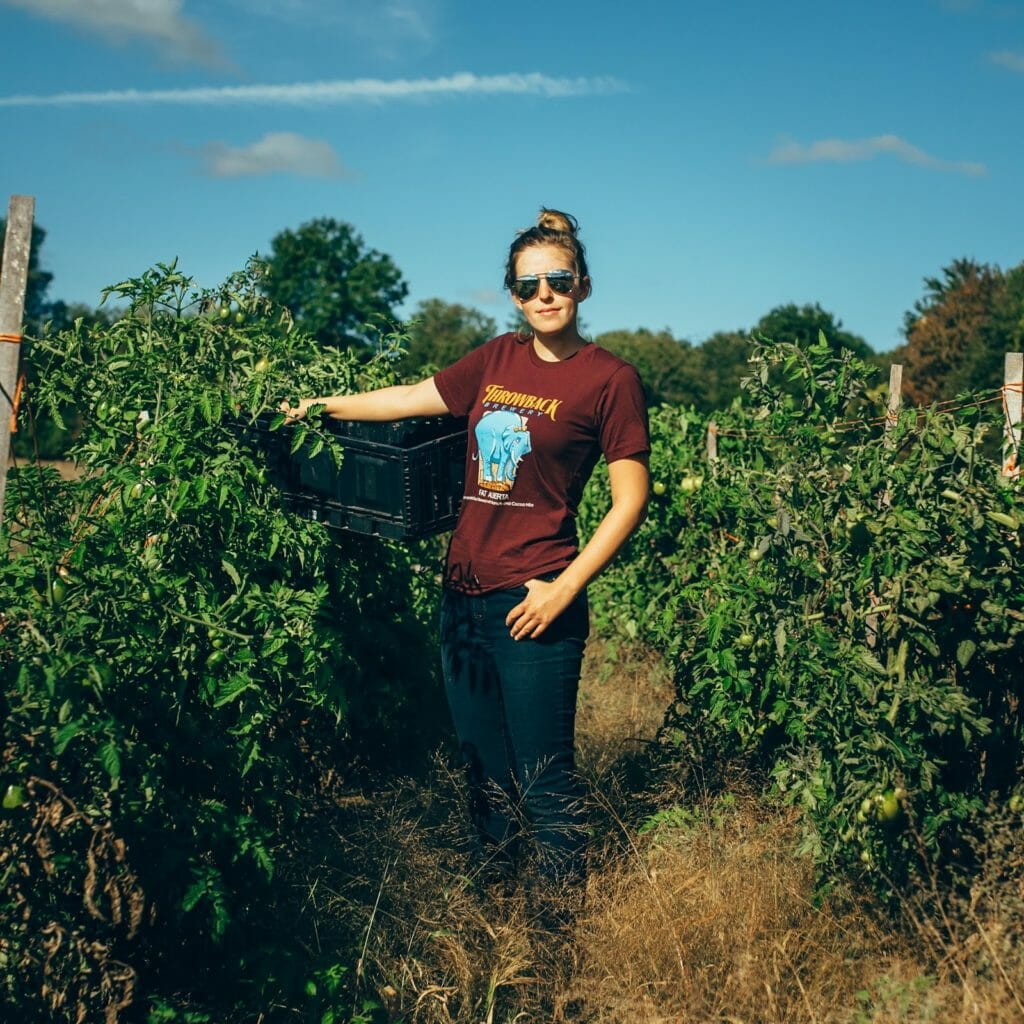 It’s no secret that brewing beer and farming are industries dominated by men.

In the US, 64 percent of farmers and 71 percent of workers in the brewing industry are men. But take a drive down Hobbs Road in North Hampton, New Hampshire and you’ll find one local business breaking the glass ceiling in both areas.

Throwback Brewery, a female-owned restaurant, brewery and farm, nestled on the property of a 200-year-old homestead, was launched by two friends, Annette Lee and Nicole Carrier, in 2011. They first started their brewery in an old warehouse, and later moved to the farmstead to expand and open a restaurant in 2015. Before they created Throwback, Lee worked as an environmental engineer and Carrier was an executive at IBM.

Lee says that she doesn’t make much of a fuss over being a minority in a male-dominated industry, but that being women-owned has attracted a lot of female employees. Currently, 80 percent of their workers are women.

“It’s just really empowering to be around so many women who are doing so many amazing things,” says Katie Malloy, who manages Hobbs Farm—the farm part of the business.

On four acres, Malloy oversees the production of a diverse crop line-up of fruits, vegetables, herbs and edible flowers using organic practices. The farm has pasture raised pigs, goats and chickens used for meat, dairy and eggs, as well as a third of an acre hop garden with eight varieties for Throwback’s craft brews.

Half of the farm’s product is sent to the restaurant’s kitchen and brewery to create their regularly changing menu and craft beer creations. The other half is sold at a farmstand and through a CSA.

The restaurant and brewery source more than 60 percent of their ingredients within a 200-mile radius, including produce from Hobbs Farm. By growing and buying local ingredients for their beer, they hope they can help bring back the tradition of hop growing to the Northeast that was once booming before Prohibition.

Some of the farm brewery’s beers have won awards for highlighting New England’s terroir—brews like “Just Beet Wit,” made with the farm’s Forono beets, or “Buenos Grass-ias,” an ale created with its lemongrass and black raspberries.

The pandemic has forced the restaurant and brewery to move to a take-out only model, but Lee and Malloy say they have been able to keep the business alive through the continued support of their clients. They’ve sold out nearly all their shares in the CSA for this season.

“I think people are understanding the importance of local agriculture more than ever,” Malloy says.

The article is excellent. Katie Malloy rocks! She is a model of a can-do woman.