Some farmers say the USDA’s current interpretation of the program fails in a number of areas. 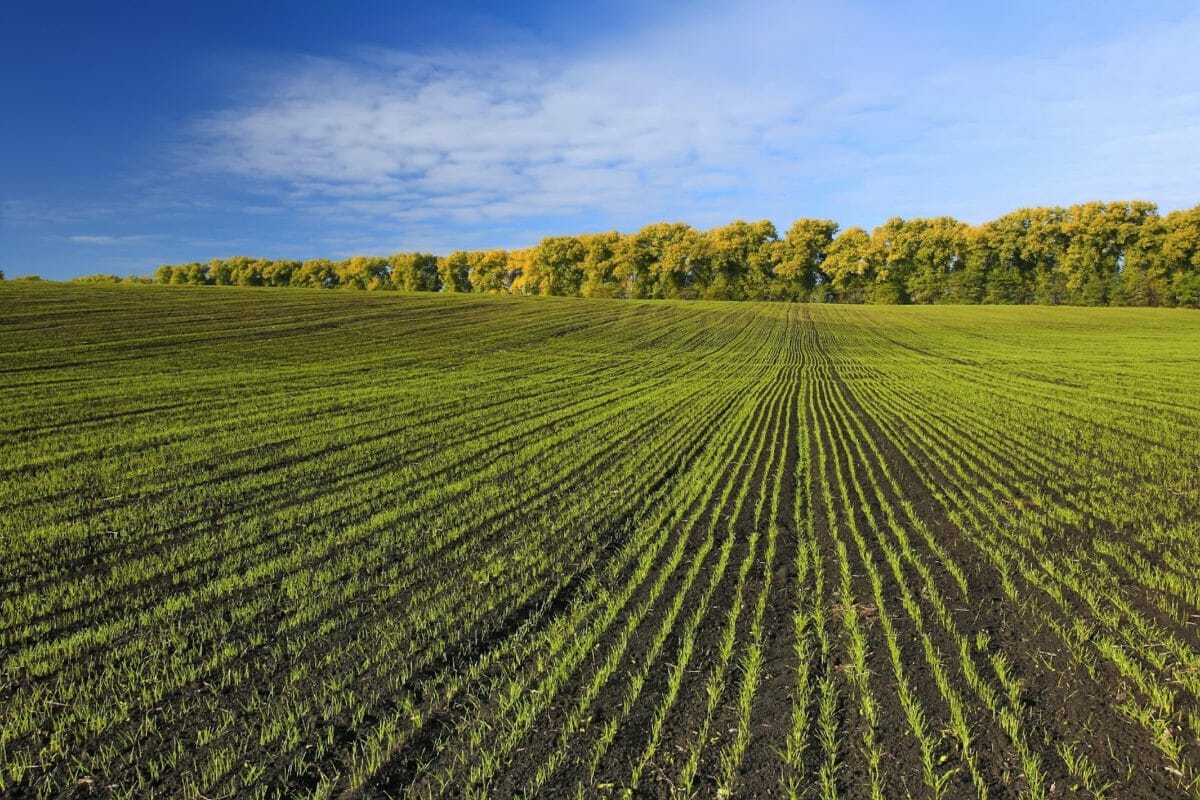 For John Wicks, farming is about a lot more than planting a seed and watching it grow.

Since taking over his family’s farm after his father’s death, he has spent the last 14 years working to bring a fresh vision of organic, sustainable farming to his pastures in Liberty County, Montana. “It’s the right thing to do to be a good steward of the land,” he says

The 35-year-old says he began his journey into sustainable farming when he was introduced to cover cropping in 2012 through the USDA’s Conservation Stewardship Program (CSP).

The program, established in 2008, is funded through the Farm Bill and exists to provide financial assistance to farmers who are using various conservation practices on their land to maintain the health of soil, quality of their water and condition of their land. More than 70 million acres of working farmland have been part of the program.

But Wicks, who acknowledges the federal initiative has helped spark his interest in certain sustainable methods, believes it is failing to ensure producers employ regenerative farming practices long term. He says it is also failing to attract aspiring land stewards to pursue the best methods with the most impact.

His criticisms are not unique. The USDA, through the National Resource Conservation Service, has been working to implement and interpret changes to the program that were included through the 2018 Farm Bill. Its interpretation of the new CSP was published in an interim rule in November 2019, triggering some disapproval from farming groups such as the National Farmers Union and National Sustainable Agriculture Coalition that called out the current rule for its short-sightedness and tendency to stick to the status quo in the wrong ways.

Congress, in the 2018 Farm Bill, attempted to improve the old CSP by making the process easier and fairer for those who already practice good conservation. It looked to narrow the program down from six criteria aimed at identifying farmers who are inexperienced to two criteria that measure the environmental benefits of farming activities and the degree to which adoption of additional activities will increase those benefits.

However, critics say that the current rule disregards this improvement and instead continues to follow old criteria, which favors farms partaking in lower levels of sustainability instead of best-practice actors. The USDA’s current interpretation, they say, is inconsistent with Congress’s legislation.

A key goal of the program was to reward farmers’ ongoing use of sustainable methods. To recognize that sustainability is a long-term investment with long-term impacts, the 2018 Farm Bill set out to reverse payments under the previous program, which were capped at ten years.

But with the interim rule, organizations say it instead undermines long-term leaders of sustainable agriculture by putting a limit on the program with a one-time renewal. Critics also say it doesn’t take into account farmers’ ongoing maintenance and pre-existing conservation work in their application.

The USDA opened a public comment period for those to comment on the interim rule, which ended on Jan. 13, 2020. It has said it will be evaluating feedback and publishing a final rule, but it has yet to do so.

Ferd Hoefner, senior strategic advisor with the National Sustainable Agriculture Coalition, has been pushing for change to acknowledge and prioritize environmental leaders applying to the program. His organization led a campaign to submit comments during the interim rule’s public comment period.

“We’re going to have another major confrontation over this,” he says.  “There’s a philosophical divide between those who believe that the program is supposed to be rewarding farmers doing the best advanced conservation systems on an ongoing basis and those locked into a much older mentality who say the most efficient use of taxpayer dollars is to fix individual specific problems and give highest ranking to those who [are] doing the worst job.”

Hoefner argues that if the National Resource Conservation Service stuck to the 2018 Farm Bill’s intent, it would significantly increase the growth of sustainable agriculture and ramp up farming efforts to address climate change. For example, a payment through the program to prioritize farmers using the most beneficial practices, such as crop rotation and cover crops, would signal that this is what is needed for society and encourage widespread adoption.

Wicks, who has had three contracts under the program, has noticed farmers in his community tend to pick practices or enhancements that are cheap and easy to implement for the financial incentive, such as low drift nozzles. This allows them to make a profit as opposed to a method with larger impact that might be more expensive, such as cover cropping, which he says is also not widely employed in his region.

“It’s strange the amount of judgment you get for doing something new,” he says. “People will say like ‘oh, what are you doing out there? I’ve never seen it before. Are you stupid?’ If you say it’s part of a government program and you get paid, you can use it as an excuse to try these things.”

The other issue that opponents of the current rule point to is that long-term stewardship is not prioritized. While the 2018 Farm Bill looked to reward this through payment and also allow for contract renewals, the current rule does not. It limits farmers with a one-time renewal, and it also will not acknowledge ongoing maintenance in their contract.

For a farmer like Wicks, he’s already had two CSP contracts and one renewal. He says he’d like the support to continue with cover cropping, but he feels discouraged about applying.

“My concerns are that I’m already doing these practices, but I could still use some help to get ahead,” he says. “I want to continue to set a better example for other farmers around me.”