The tribe is the first North American Indigenous group to do so. 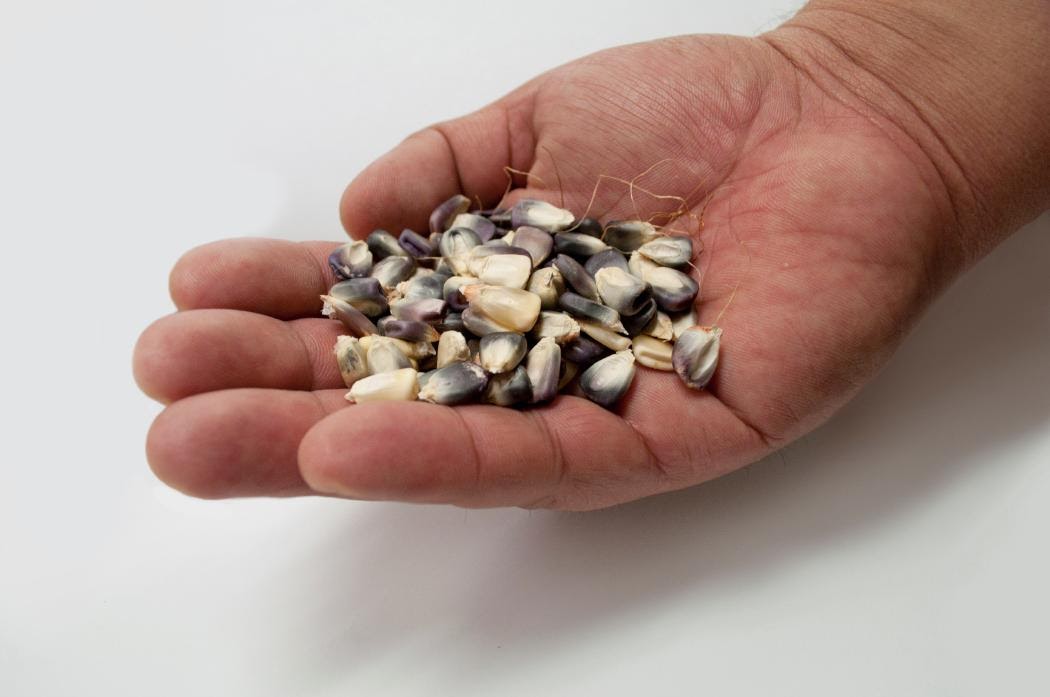 Cherokee White Eagle Corn is one of nine varieties that has been shipped off to the Svalbard Global Seed Vault.
Photography courtesy of Cherokee Nation.
Share
Tweet
Pin
Email
2K Shares

The Cherokee Nation will be the first Indigenous tribe in North America to deposit a portion of its heirloom seeds to an emergency seed bank in Norway.

The Oklahoma-based tribe has sent nine samples to the Svalbard Global Seed Vault, a facility tucked away inside a remote Norwegian mountain, which holds spare copies of seeds in the case of a large-scale crisis. The submitted varieties predate European settlement, and they include Cherokee White Eagle Corn, which is considered sacred by the tribe.

“As Cherokee, one of our beliefs or tenets is that, as long as we have our Cherokee plants, the Cherokees can remain. To me, this lends a little bit of infinity or perpetuity to that belief,” says Pat Gwin, Cherokee Nation’s senior director of environmental resources. “Cherokees cannot be Cherokees without their Cherokee plants.”

Gwin says the tribe has dreamed that one day it would get the chance to deposit some of its cultivars to the vault since it launched years ago. The tribe got that chance in 2019, when the Global Crop Diversity Trust, an organization that helps oversee the seed vault, contacted Gwin to invite the Cherokee Nation to submit its seeds.

Preserving these precious seeds was a particularly urgent affair for the Cherokee Nation, which lives in Tornado Alley. “If we have a large-magnitude tornado, our crops that we’ve worked so hard to preserve could be wiped out at the stroke of a tornado,” says Gwin.

The Svalbard Global Seed Vault only accepts seeds that are important for food and agriculture. Applicants must also meet detailed criteria outlined in its deposit process. In the majority of cases, the seeds are backed up in another gene bank prior to sending a copy to the seed vault.

The Cherokee Nation’s seeds arrived in Norway this week and will be deposited into the vault on Feb. 25 at the Svalbard Global Seed Vault’s largest seed deposit event. While the tribe is the first Indigenous group in North America to store its seeds in the doomsday vault, it’s only the second group in the world to have the opportunity to do so. Representatives of the Indigenous Andean communities in South America deposited 750 potato seeds in 2015.

The vault stores seeds at 0°F behind locked doors. The Norwegian government funds the project, which holds the seeds “in trust” for the world. Those who deposit the seeds don’t pay any fee and retain ownership of them. There has only ever been one withdrawal to date, prompted by the Syrian civil war.

The facility has the capacity to store 4.5 million varieties of crops, and it currently houses more than 980,000 samples from nearly every country around the world.

I was bothered by your use of the word “tribe” repeatedly when referring to the Cherokee Nation. Since you recognized the Cherokee as a nation by using their proper name, you also have referred to them as a nation not a tribe.

What a lovely thing to do.