They could have been just as popular as corn, researchers say. 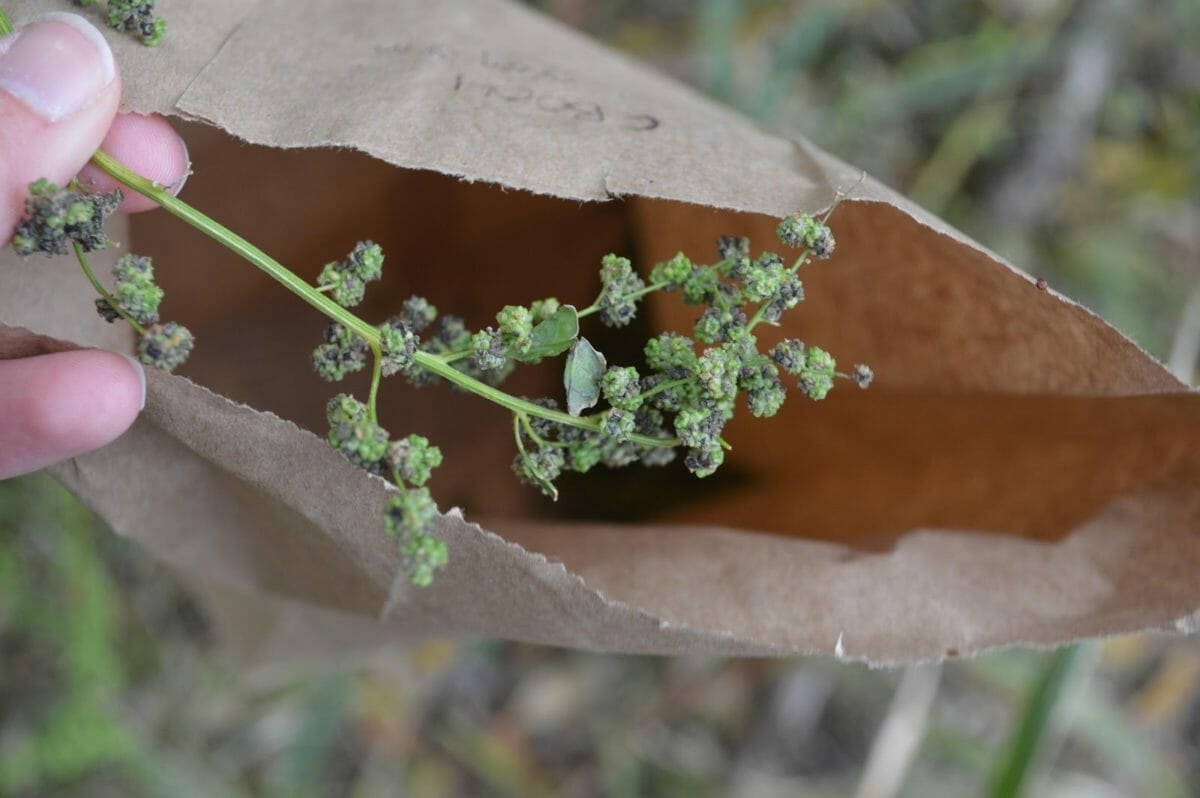 A group of researchers has unearthed a piece of agricultural history that shows a pair of lost crops on which indigenous communities could have relied as much as traditionally grown corn.

In a recent paper in the Journal of Ethnobiology, researchers examined germination requirements and yield for goosefoot and erect knotweed, two plants that were once harvested in eastern North America for thousands of years and then abandoned.

Lead author Natalie Mueller grew the plants and found that, grown together, the crops generated higher yields than global averages of their closely related relatives such as quinoa and buckwheat. They also produced numbers well within the range of traditionally cultivated maize.

Mueller said she focused on the yield of lost crops because there’s a debate among archaeologists about why the plants were abandoned.

“We haven’t had a lot of evidence about it one way or the other,” she said in a press release. “But a lot of people have just kind of assumed that maize would be a lot more productive because we grow maize now.”

Mueller originally attempted to compare the yields of five lost crops to the yield of maize, as it’s known to be one of the most productive crops in the world, but she was only able to obtain yields from the goosefoot and knotweed.

The other lost crops are native grasses, seed plants, squashes and sunflowers. However, squash and sunflowers are the only parts of the family that are currently cultivated.

Initial research on lost crops can be traced back to the 1930s when archaeologists found their seed caches and dried leaves in Kentucky and Arkansas rock shelters. Researchers made advancements in the 1960s using a technique called flotation, which recovers plant remains from archaeological sites. Within the last 25 years, researchers discovered indigenous communities had consumed an unknown crop complex for thousands of years before they relied on corn.

While Mueller was unable to assess the yield of all five lost crops, she said the findings are still significant.

It would have been nice to have the other 3 of the five crops named. It think this article names them. https://arstechnica.com/science/2018/01/hunting-for-the-ancient-lost-farms-of-north-america/ besides goosefoot and erect knotweed there is sumpweed/ mars helder, little barley, and mayweed. There are even pictures of each plant. Goosefoot is still used as a food plant. You can eat its seeds and the young green leaves are good as cooked greens. They don’t taste bad fresh either. Goosefoot is also commonly called lambsquarter. It is a common weed and easy to find in my garden. I eat it sometimes for greens haven’t tried the seeds.… Read more »

Since I live on Cape Cod which is currently being overwhelmed by knotweed, how is the indigenous kind different from ‘our’ “Japanese” form and how did they harvest and cook it? Which parts?

We eat lambsquarters as greens all season long and put some in the freezer. I have saved the seeds but never got around to eating them(the hens did). Must try the seeds in porridge this year.

These crop may seem to have been lost But to my knowledge they have always been used as a food source, I teach edible wild plants for over 45 years and those two plants have always been on the top of the list for a food source. because of the over taking of indigenous people land things changed for the people. We now need to incorporate the so called invasive weeds people thing are weeds and show them how to use them as food . I have been doing this for years. there should be no hunger in the world… Read more »