Save the environment and help farmers by eating some feral hog. 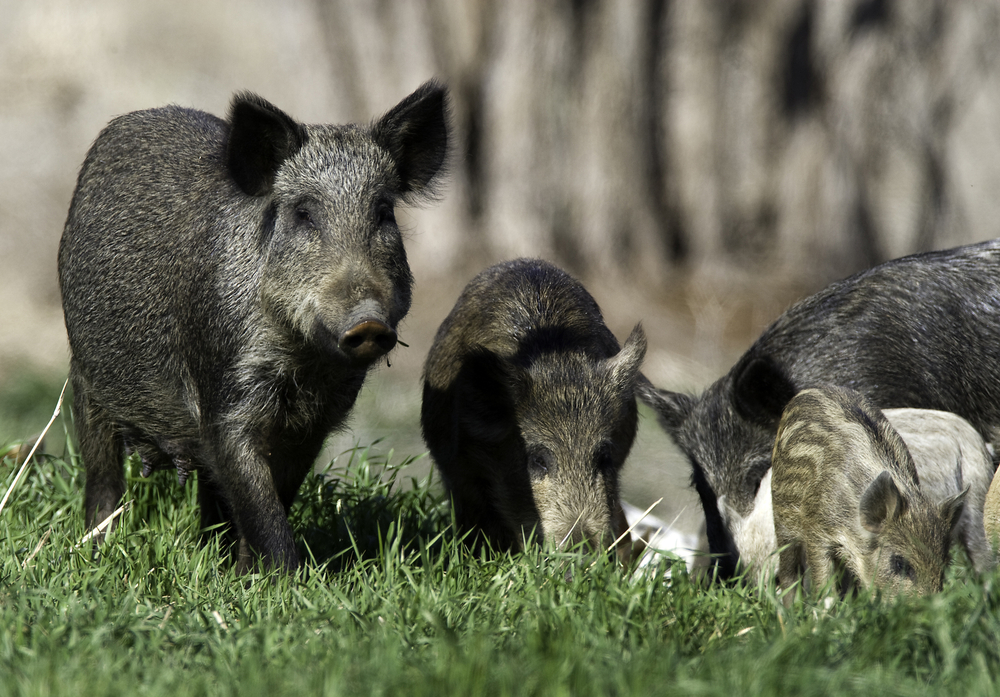 Feral pigs are increasingly a huge problem for farmers and ranchers. They destroy crops, tear up fences and are generally a nuisance.

Today’s feral hogs are descendents of pigs that escaped after they were brought to North America in the 16th century by early European settlers. These pigs now number in the millions as they breed at a fast rate, with big litters and a shorter gestation period than other animals. The USDA estimates there are at least six million wild pigs roaming the country, and around half of them are in Texas.

The problem has gotten so out of hand that the USDA has started a $75-million pilot project dedicated to controlling the wild hog population that has distributed grants to 10 states.

So why not eat them?

That’s the solution Texas chef Taylor Hall has proposed. Hall grew up on a ranch in northern Texas, where his family raised around 2,000 cattle a year. He experienced firsthand the headaches caused by the wild pig invasion. Ranchers in Texas have constantly had to trap wild hogs to keep them off of their property. They typically sell them to holding facilities for a bit of extra money.

So when Hall started his restaurant, Apis, near Austin a few years ago, he contacted the ranch manager who runs his family’s ranch to see if he could provide them with some wild pigs. “If you’re trapping them anyway, you might as well use them for food,” says Hall. 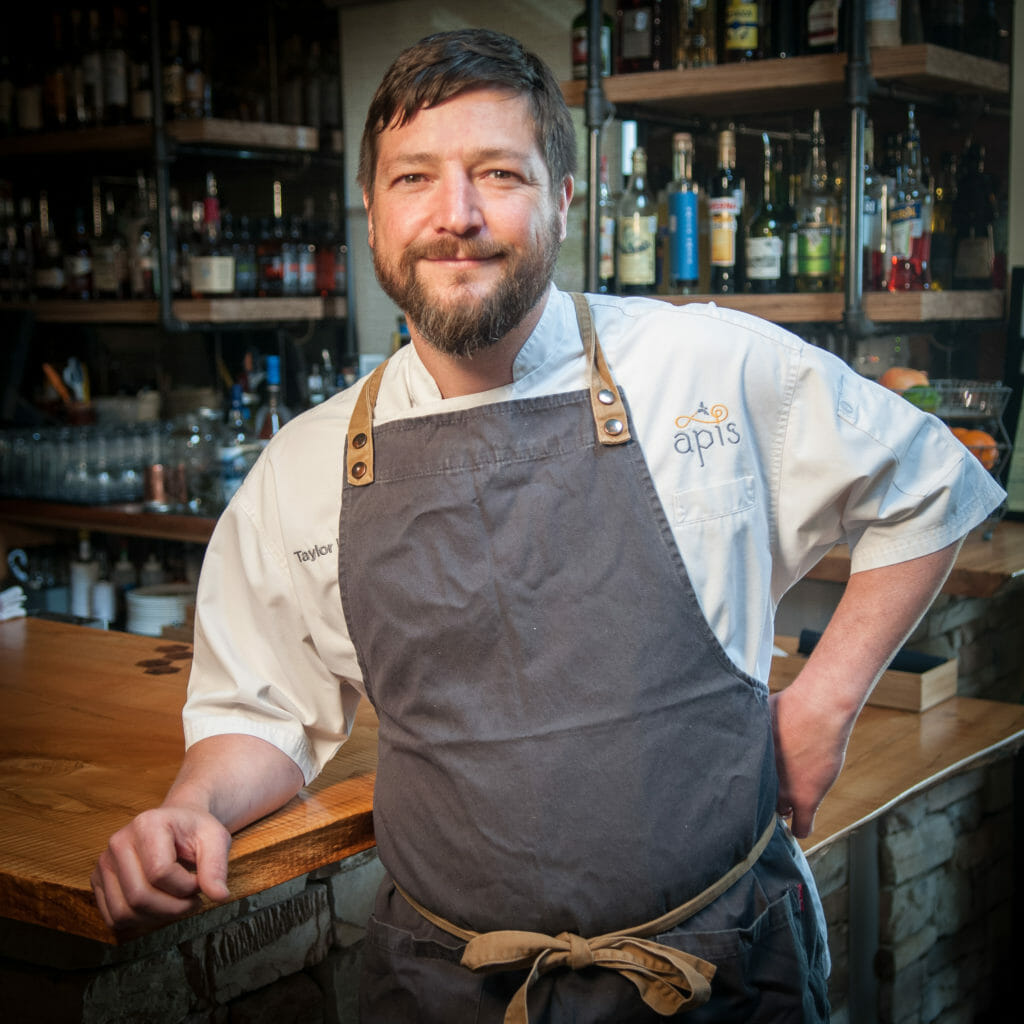 A few times a year, the restaurant will receive three or four wild pigs that ranchers have trapped on his family’s ranch. These pigs roam free and live off of an organic, foraged diet until they get caught. Because of the arrangement he has, Hall only has to pay a $35 fee per pig at the slaughterhouse that inspects the meat. So the ranch benefits by getting rid of the hogs, knowing they won’t go to waste, and Hall receives some cheap, tasty meat in return.

Hall now serves a salumi made with wild pig at his pizzeria, and he often offers a ragu wheat pasta dish using the hog meat at Apis. When cooking with wild hog, he says, he mixes in some domestic pig fat, as feral meat is typically much leaner. Wild pig is gamier than domestic pork, and it has a more intense flavor, but chefs say it can be delicious if cooked the right way. “It can be absolutely fabulous,” says Hall. 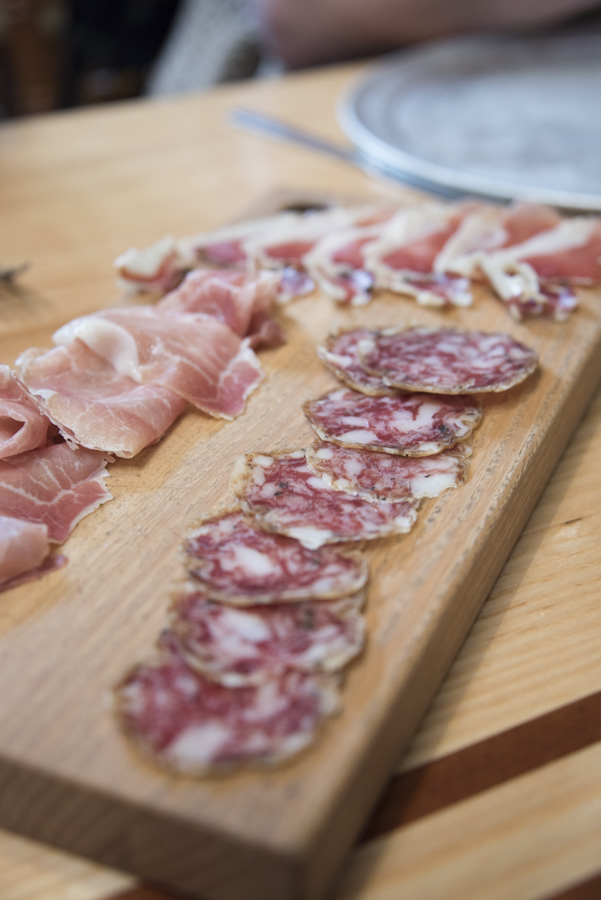 In addition to being a nuisance to farmers, wild hogs are threatening ecosystems across North America as they eat everything. Researchers have called them “ecological train wrecks.” While most of the US’s feral pig population is concentrated in Texas and southern states, some states further north, such as Montana, fear pigs may spread across the border from Canada. The wild pig population in Canada has exploded in recent decades, after being imported in the 1980s and 1990s as livestock.

So, if you get the chance, trap them, butcher them and put them on a plate (or just ask someone like Hall to do all of that for you).

Maybe more hunters would participate if states would make hunting this animal easier…..and landowners would stop charging $250/hog to harvest them. I’ve lost all sympathy for landowners. I used to take 6-9 hogs/year. But the last 2 years I’ve not even hunted them. Simply stop treating the hunting of feral hogs as if they were a big game animal!

I gave it a shot last year, purchasing a commercially prepared wild boar roast. I prepared it much like I would any game roast, bit it was pretty bad. Perhaps salami would be best or avoid males. Would love to see a good recipe for roasted meat.

How do we get some!?

Wild pig must make excellent bacon, there is too much fat on the supermarket stuff. Plus you don’t know what conditions the pigs were raised in or what they ate or what medicine or chemicals they were administered or even how they were killed. If you shoot a wild pig even the slaughter is very humane, compared to the horror of a slaugterhouse!