Green Dirt Farm is green from the ground up. 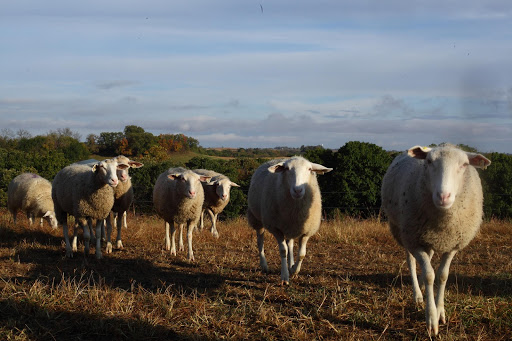 Sarah Hoffmann always knew she would return to life on a farm.

After practicing as an academic physician for almost 10 years, Hoffmann says she decided to make her long-time dream a reality in 1998 when her third child was born. The cheesemaker had grown up on farms and always valued the connection to nature such an upbringing gave her. She also wanted to expose her children to the values you get from the hard work that happens on a farm.

So a year later, Hoffmann and her family left their home in Kansas City and moved to a patch of land in Weston, Missouri, now known as Green Dirt Farm. Initially, she says, it took her a while to decide how she would generate an income, but she eventually realized what made the most sense personally and economically would involve making cheese.

“It was like a light bulb went off,” she says, noting that she had spent some time working in her aunt’s cheese shop as a teenager and had expertise in microbiology and botany from her medical education.

She opened a cheesery that now produces five styles of sheep’s milk cheese and three styles of product that mix cow and sheep milk with the help of four other local dairy farms in the region. 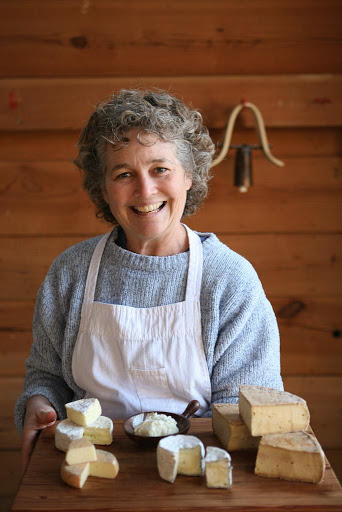 Hoffmann produced her first commercial batch of sheep’s milk cheese in 2008. Since then, Green Dirt Farm has racked up more than 80 national and international awards. Prior to putting her product on the market, she says, it took about six years for her to learn how to run a farm, milk sheep and then turn that milk into cheese. “It was a steep learning curve with lots of back sliding,” Hoffmann says.

Hoffman’s sheep, and her partners’ animals, are fed a collection of grasses, which she says gives her cheese strong flavors. She says her cheeses also stand out because sheep’s milk is relatively uncommon in the US, and the cheese she produces would  be considered unusual in other parts of the world.

But beyond the taste, she says, she feels most proud of the ethical standards by which her farm and the partner farms abide. All five farms have an Animal Welfare Approved certification. The accreditation is validated by the organization A Greener World. The certification standards ensure the farm is committed to raising its animals humanely with the environment in mind.

Hoffmann says she often tells her customers that the standard is better than organic for livestock production because organic has no protections in place to ensure that the farmer is using humane practices. She adds that while the farm’s managed grazing practices help with carbon sequestration, she’s been keeping tabs on other farming methods that would have a positive environmental impact.

“I think the future with climate change and all of the concerns and worries, it’s incumbent on all of us in agriculture to use the practices that offset some of the greenhouse gas production on their individual farm,” she says.

As she continues to make her cheeses, Hoffmann says, it will be necessary for other dairy farmers to come to grips with the problem of climate change and take action. Her hope is that her farm will one day be considered a leader in the environmentally friendly dairy.

I am the president of the Bambui Organic farmers Common Initiative Group [BOFCIG].Most of our farmers are illitrate and rustic
farmers kindly send me information on how to make them become modern farmers.
Thanks for your kind corporation.
MUMA
President of BOFCIG
[email protected]
Tel:237651041983