Two Friends From Mexico Developed A Synthetic Leather Made From Cactus

It’s not prickly, but it is environmentally friendly. 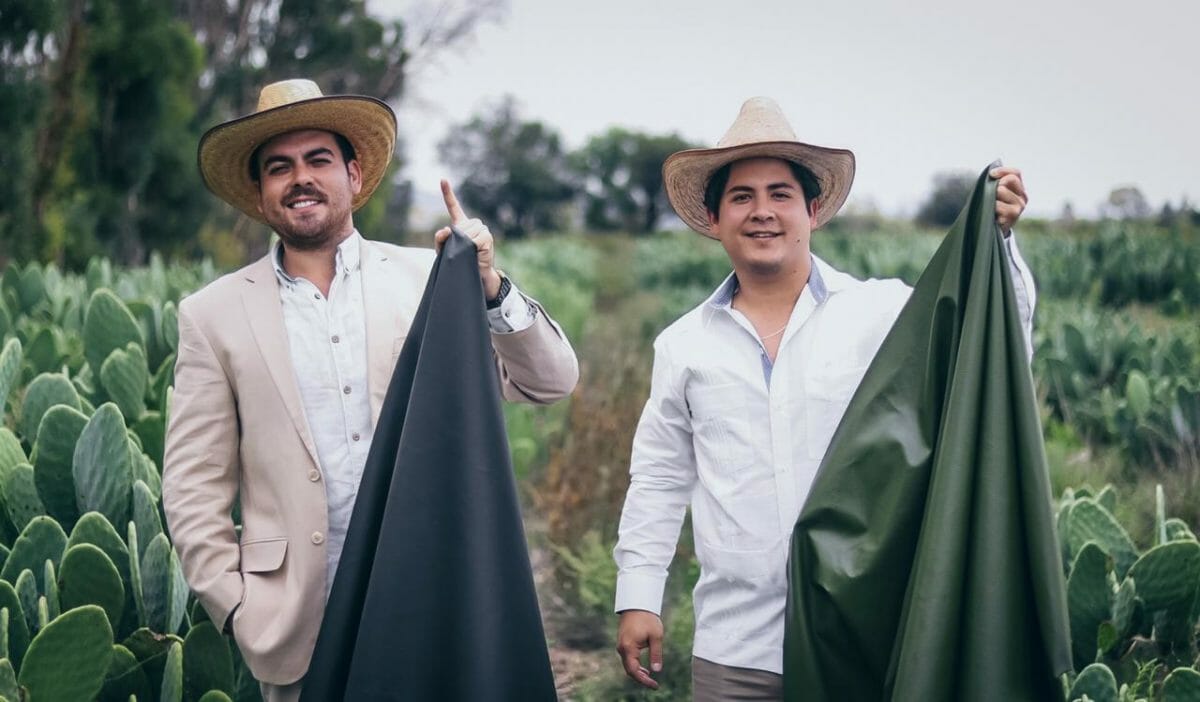 After finishing university and entering employment on separate career paths, Adrián López Velarde and Marte Cázarez found themselves growing more and more concerned about the state of the environment.

The two friends, both from Mexico, say they long shared a mutual goal of quitting their jobs to do something a bit more meaningful. López Velarde worked in the furniture and automotive sector and Cázarez in fashion. They decided to put their energy into making an impact in the fashion world, seeing as it is one of the largest consumer industries.

López Velarde says there were certain problems that both he and Cázarez found alarming about the industry, such as the excessive use of fertilizers used to make clothing through cotton production, as well as the fact that 80 percent of clothing waste ends up being burned or in landfills.

“The earth’s natural resources are under pressure, and the fashion industry, although not the most obvious contributor, is a considerable one,” says López Velarde. “It mattered to us to make a line focused on sustainability to address the environmental problems we all face.”

After some brainstorming, the pair found their antidote in the nopal cactus, which is also known as the prickly pear cactus. They quit their jobs around 18 months ago and have since become the faces behind the first vegan leather made from nopal.

The duo introduced their product in October at Lineapelle, an international leather fair in Milan. The fake leather, called Desserto, is up to 50 percent biodegradable and organic, says López Velarde. Nopal cactus is native to Mexico and locals use it as a staple food in many dishes.

López Velarde and Cázarez source their cactus from 27 farmers who harvest the product in the state of Zacatecas. To make the product, the company uses only the plant’s mature leaves, a method  that López Velarde says preserves the cactus and allows for a new harvest to take place every six to eight months. After cutting the leaves, they are dried under the sun for three days and processed.

Sure but are you really promoting them? what are their socials? name? how do we get it?

Dear sir, would like to say that, it’s really a very fantastic innovation work, beneficial for future also. I really want know about this journey of yours interesting brief. Kindly share about this & do the needful sir.
Regards
Abhishekhar Singh
FDDI,Chhindwara,(M.P.)

I wanted to contact them to farm this cactus in INDIA. I need your guidance.

That’s a super great idea. I would probably buy something made from that. But only if you STOP CALLING IT VEGAN LEATHER!

Now i want to know how they thought of nopales for this??

Yes Excellent . Are they intrested but the cactus raw materials from India / put their proposed project I cam make the cultivation on huge plantation. We can organise to cultivate and pulp can be supplied by us.
Mail: [email protected]
[email protected]
91_ 8870105112

Wonderful! Congratulations for this amazing invention! We need more of this!!!!