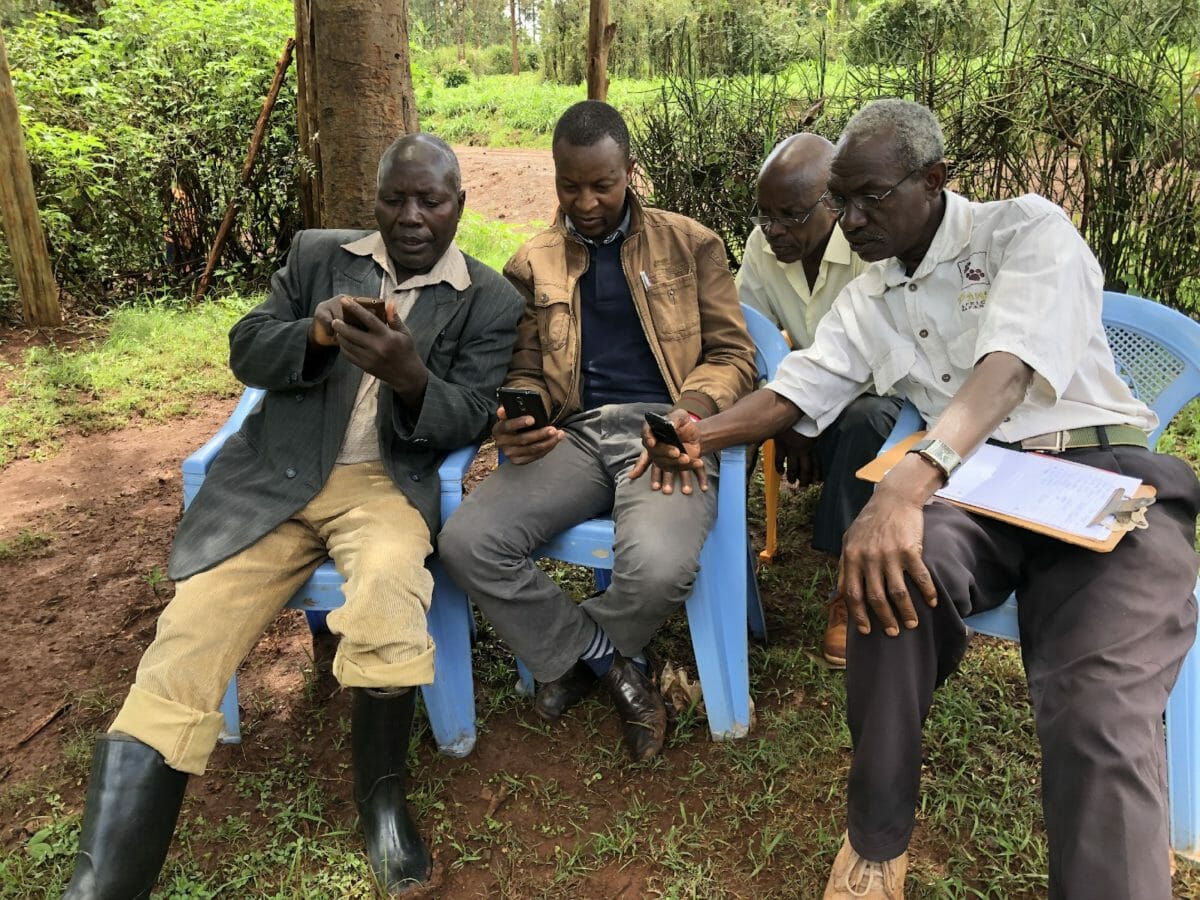 As climate change brings even more unpredictability to farming across the world, a new mobile app is trying to help farmers in developing countries navigate through this new reality.

FarmBetter launched at the end of October and was created with small-scale rural farmers in sub-Saharan Africa, Asia and Latin America in mind. The app builds its users a profile with information they input about their farm, including location, climate and crops. It gauges  how resilient their farms are to climate change, then connects farmers to a number of technical farming practices that will help them overcome particular hurdles that traditional farming knowledge can’t address.

While it’s still in its early stages, the app has already helped some farmers like Gladys Muthoni Mburu. The Kenyan farmer’s fields have been plagued by pests, and the app has provided some useful information to tackle the problem.

“It offers solutions on how to control pests by pointing out that you can do crop rotation,” she says.

Four founders (Benjamin Gräub, John Choptiany, Daniele Conversa and Saemi Ledermann) developed the app, which is available on the Google Play Store. Gräub believes the app will provide an essential service that makes up for the limited number of agricultural extension agents in the developing world. Extension agents have acted as knowledge keepers for farmers, offering information on appropriate farming techniques based on the area’s specific challenges.

Gräub says that, in Kenya, there are about 4,500 farmers per extension agent, adding that the World Bank recommends a ratio of 400 farmers per one agent. One additional challenge, he says, is that a lot of extension agents don’t always know the best ways to deal with climate change because their education is based on short-term profitability rather than long-term sustainability. Gräub hopes the app can also help them.

“We are motivated by our passion for sustainability in farming and because we feel that farmers are generally ingenious and with some knowledge can be empowered to really deal with the challenges ahead,” says Gräub, who is a former agricultural officer with the United Nations’ Food and Agriculture Organization.

Samuel Njihia, a sustainable agriculture researcher in central Kenya, says there’s a need for a tool such as FarmBetter because current weather conditions are posing a challenge to farmers’ traditional practices. He says unreliable and reduced rain has resulted in a lot of crop failure and soil erosion in the region.

“Crops that used to grow in some areas no longer survive in some agro-ecological zones,” he says. “The spread of rainfall is poor such that, sometimes, it falls over a short period and stops.”

He adds that climate change has been threatening ecological biodiversity and affecting pest and disease cycles. Because of this, farmers have been forced to rely on pesticides and other chemicals.

Although Njihia believes that FarmBetter has the potential to gain traction, he says it might take time before some farmers warm up to the technology.

“Small-scale farmers adopt technologies slowly and much persuasion and persistence is key when dealing with them,” he says.