These farmers hope to solve a major problem of urban food production: space. 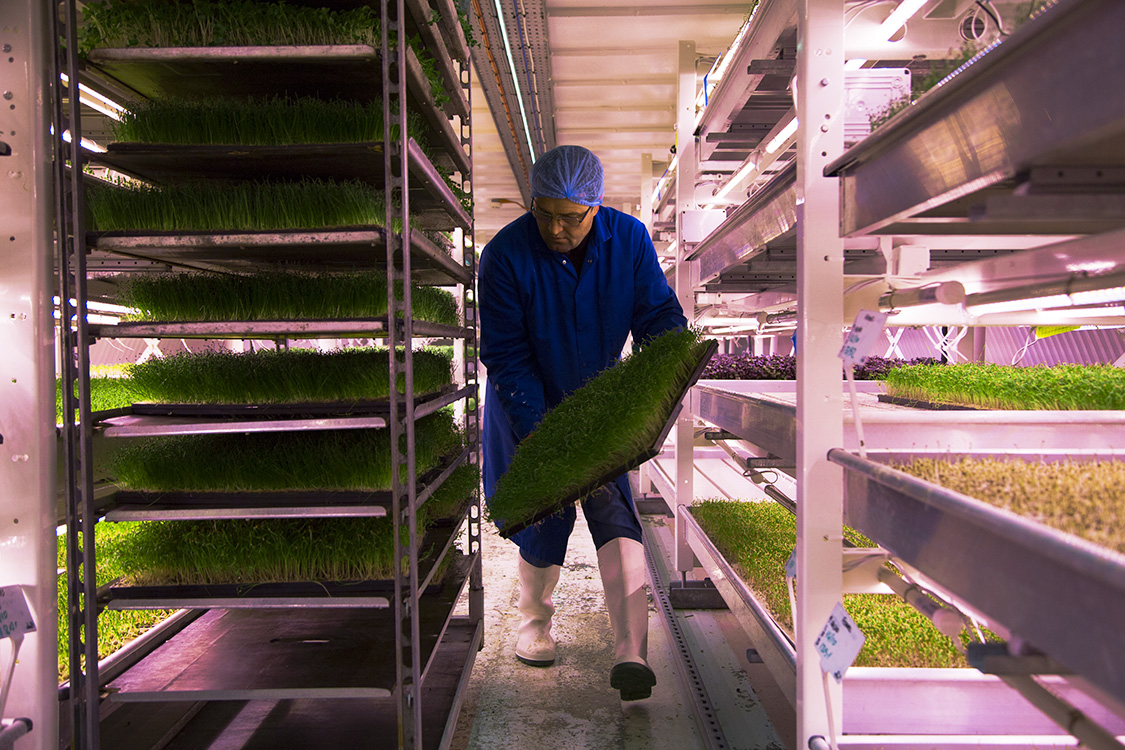 As London-born architect Carolyn Steel points out in her book Hungry City, “The relationship between food and cities is endlessly complex, but at one level it is utterly simple. Without farmers and farming, cities would not exist.”

In an overcrowded city like London, with its housing shortages and box-flat living, urban farmers are facing an ever-increasing challenge of where to grow their produce; how to withstand the weather and the city’s pollution, and in ways that utilize any and all available space.

When Richard Ballard was completing his degree in film studies, he thought it would lead toward a film career. Instead, it led him down a rabbit hole—or rather, a tunnel. In 2015, Ballard, alongside business partner Steven Dring, founded Growing Underground—the self-described first subterranean urban farm in the world—in an old Second World War bomb shelter below London’s Northern line. Ballard learned about these abandoned tunnels during his studies, and he began to wonder why, in a city desperate for space, no one was making better use of them. 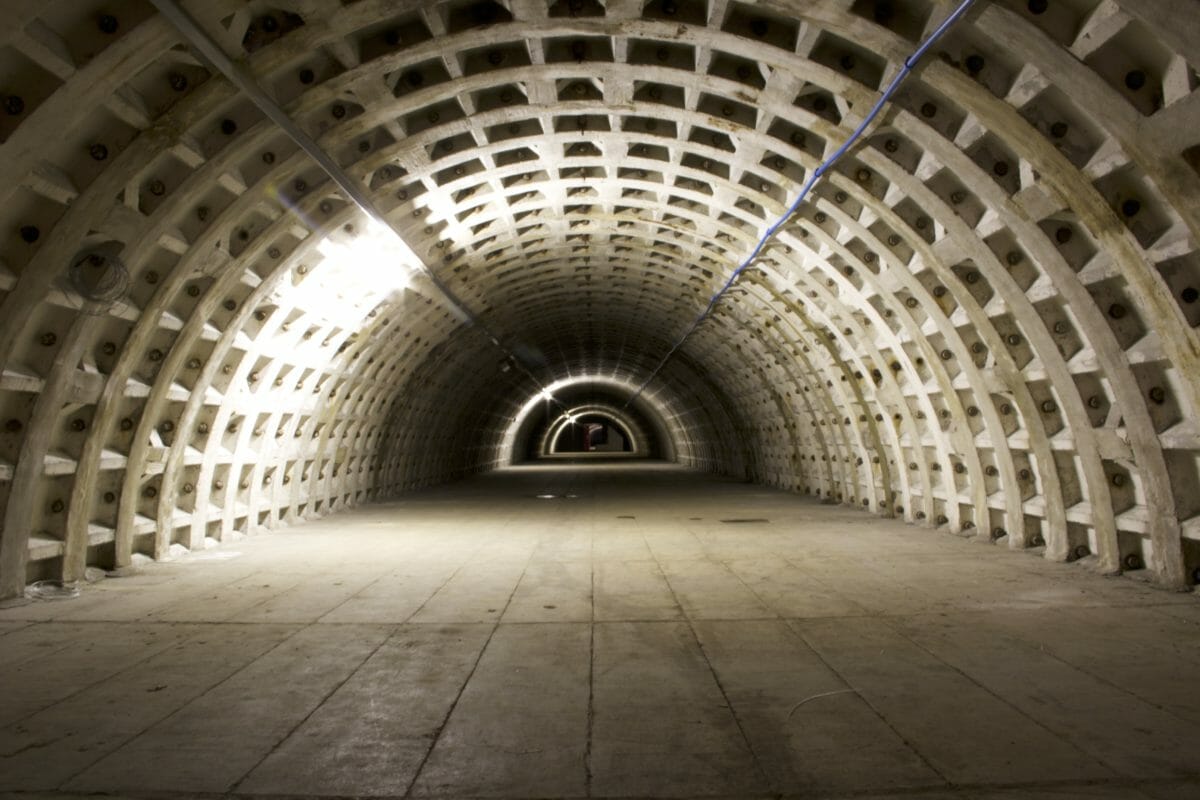 Growing Underground uses the natural insulation of underground tunnels, 100-percent renewable energy to power its LED grow lights and a recycling hydroponic system. The farm produces 1,200 packs of pesticide-free micro-cresses daily, and it looks to solve one of the major concerns of urban food production: space. Currently, the farm uses only 20 percent of the historic tunnels; the small team of 25 make expert use of the 520 square meters. There are plans to expand next year, thanks to the success of operations and additional funding.

Despite their growth mindset, (“Everyday is a school day here,” Ballard says during a recent tour), nothing about Growing Underground’s operation is accidental. Visiting the tunnels requires a clinical sterilization process: Jewelry must be removed. Hairnets, boots and a good hand scrub are required before stepping into the pink-hued, temperature-controlled cave. The wafting smell of radish surrounds the first batch of purple sprouts, precisely stacked in floor-to-ceiling shelves. Other varieties include coriander, garlic chives, sunflower shoots, fennel and more. Seeds are propagated in a separate area before cycling through the corridor’s lights until they are ready to be harvested. For some plants, such as pea shoots, this six-day cycle allows for approximately 60 harvests per year—ten times more than most traditional methods. 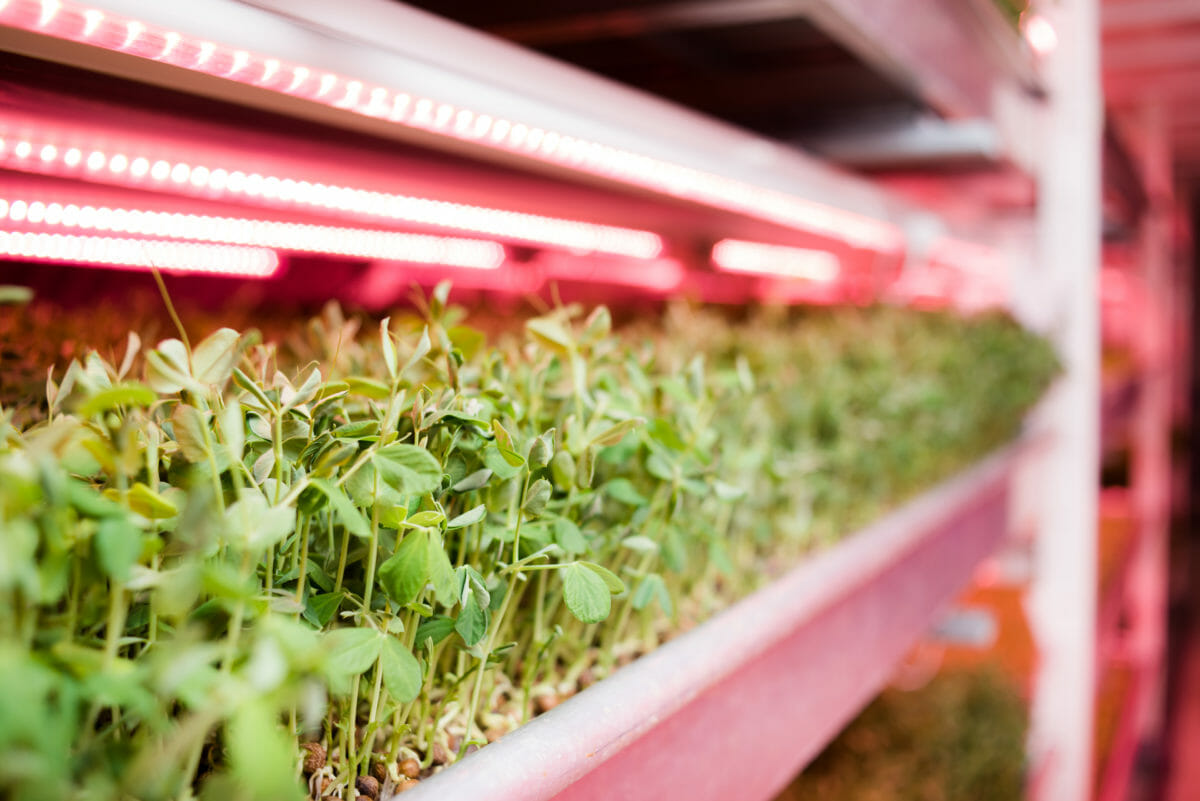 Growing Underground’s unusual approach has helped lead the way in reimagining what urban farming looks like, creating room for newcomers such as Harvest London, a company using controlled-environment technologies and vertical farming to create bespoke “climate recipes.” They hope to dissuade chefs from flying in produce by mimicking the environment locally without compromising on flavor; a timely endeavor given the potential risk to food sourcing in a post-Brexit world.

Growing Underground hosts tours for customers and corporations alike, hoping to inspire the possibility of sustainable practices to all who visit.

How do they get the 100 percent renewable energy? Also, do the plants actually grow under LED lights? It doesn’t seem like a “natural” type light.

The sun is the most vital force in growing food.

This is good news for humankind, we need to work out different ways to sustain ourselves. It makes good use of space in a place where space is at a premium unless you have all the money. In the U.S. in Detroit ingenuity has turned abandoned space in an abandoned city into urban gardens again making good use of space that is underutilization and has a food desert problem. Having innovative individuals solve the problems that corporations aren’t interested in putting energy into is what makes community strong. Great article.