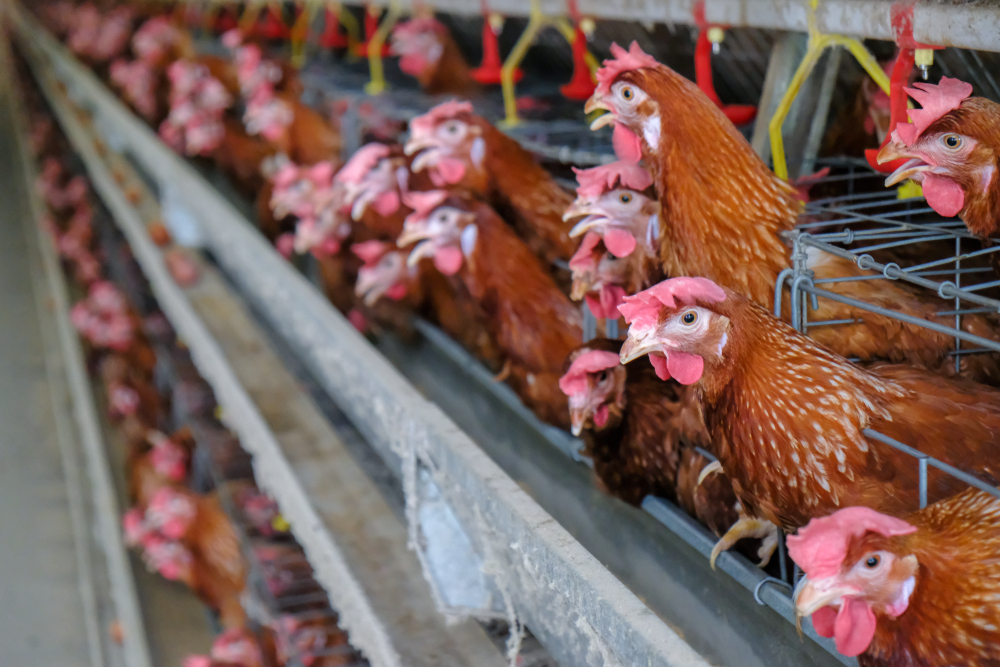 The animal rights activist, who opposes factory farming, had an adversarial relationship with chicken farmers until around five years ago, when she sat down to listen to one. She met a poultry farmer called Craig Watts in rural North Carolina and learned that the problems stemming from factory farming extended beyond animal cruelty.

“My anger toward him got replaced with the realization that he felt as trapped as the chickens,” says Garcés, who is the president of animal rights group Mercy for Animals.

Ever since then, Garcés has been thinking about how she could work with farmers, rather than against them. In order to solve the problems of factory farming, she couldn’t simply advocate to take away the livelihood of poultry farmers. She would need to offer a sustainable alternative.

This week, her organization, Mercy for Animals, is launching a new project called the Transfarmation Project looking to transition poultry farmers into plant-based farming.

Most chicken farmers work under contract with large poultry companies, and many agree to take on considerable debt to do so. Advocates say that farmers often find themselves unable to pay off unsurmountable levels of debt, as they are on the hook for required upgrades and for when their livestock is devastated by disease. Groups that represent poultry farmers have argued that their contracts are too restrictive and that poultry companies often use unfair pay systems.

As an example for how farmers can transition, Mercy for Animals points to Mike Weaver, a former contract poultry farmer in West Virginia. Two years ago, Weaver decided he had had enough of raising chickens for Pilgrim’s Pride and converted his barns into a hemp-growing operation. Weaver was able to pay off his debt, and he stresses the importance of doing so to farmers who want to get out of poultry farming.

“It’s really easy when you get that chicken check to go buy a new pickup truck, or something for the kids, a piece of land or whatever suits your fancy,” he says. “But the best advice I could give them is to get out from under that debt. Get that paid off so you’re not a slave to the poultry company. Then you can decide what you want to do.”

Through the Transfarmation Project, Mercy for Animals is hoping to create a network of farmers, innovators, engineers and advocates to tackle how they can help farmers leave poultry farming behind. The project aims to start by holding an incubator with a group of thinkers in the start of 2020. Then, Garcés says the group will run pilot projects with five to ten farmers.

It’s unclear what will stop other farmers from simply taking the place of those that transition out of contract poultry farming, but Garcés says that’s one of the problems the group will have to think through.

“I worry if we’re just taking out what the industry would see as the squeaky wheels,” she says.

Mercy for Animals is looking for poultry farmers who would be interested in participating in the project, and it hopes to connect with them through its website, www.TheTransfarmationProject.org.

Has anyone heard back from the Transfarmation project yet?

All animals have feelings, both physical as well as emotional! We are cruel when we simply kill them for our food. They need to be treated with kindness and respect.

Popular
7 Smokable Plants You Can Grow That Aren’t MarijuanaBrian Barth
Yes, the Government Really Does Stash Billions of Pounds of Cheese in...Emily Baron Cadloff
How to (Actually) Get Rid of Fruit FliesEmily Baron Cadloff
What to Do With an Abundance of PeppersShelby Vittek
The Potential of Propolis for BeekeepersHolly Regan
Explore Modern Farmer
Related
Plants
Why You Should Grow Almonds and Thyme TogetherShea Swenson
Environment, Plants
Making the Case for IntercroppingShea Swenson
MTMF
Meet the Modern Farmer Helping Immigrant Farmers Sell Their ProduceBridget Shirvell
Animals, MTMF
Paddleboarding Goats Make a Splash on Prince Edward IslandNoah Lederman
wpDiscuz
We use cookies on our website to give you the most relevant experience by remembering your preferences and repeat visits. By clicking “Accept”, you consent to the use of ALL the cookies.
Cookie settings ACCEPT
Privacy & Cookies Policy