Carol Hillman knew hard cider would be ‘all the rage.’ 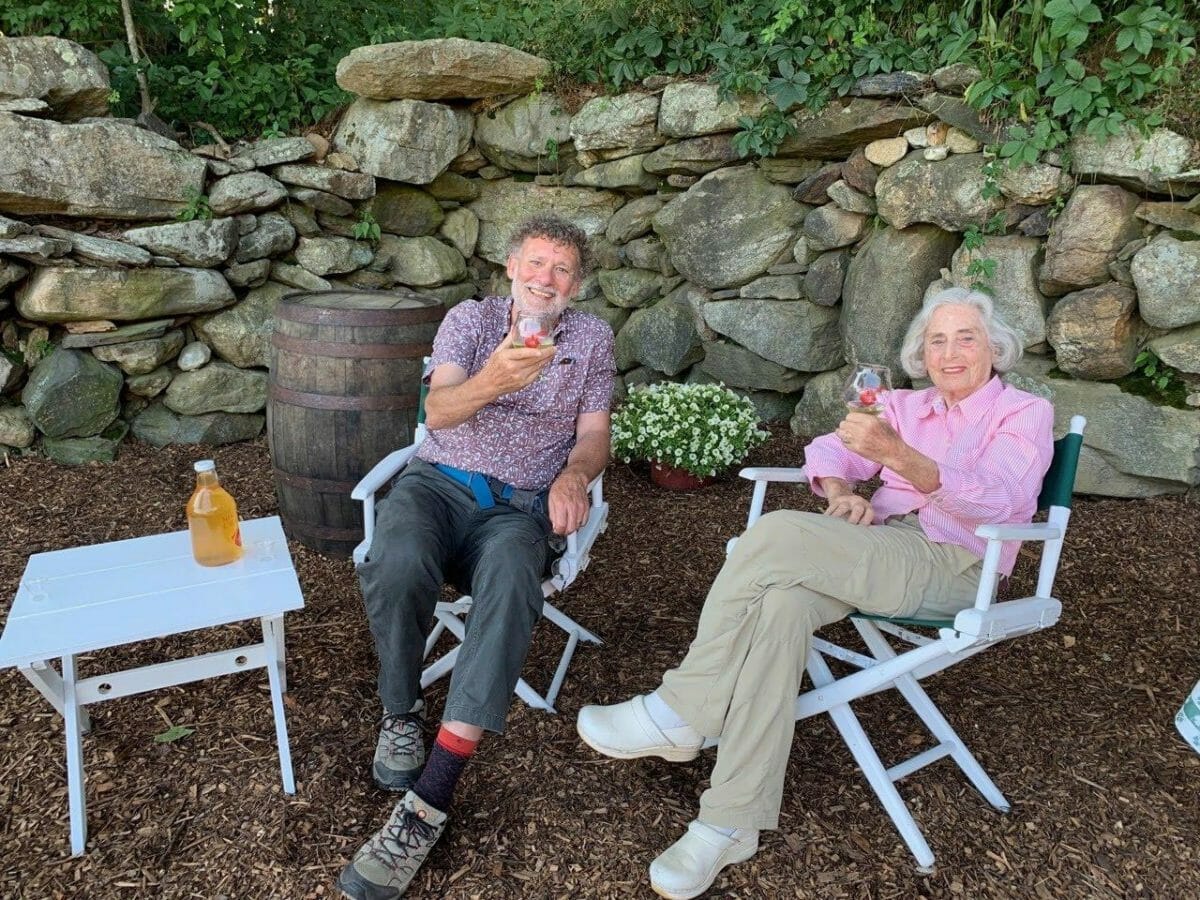 Carol Hillman would like to see her apple farm continue after she’s gone.

The 92-year-old recently decided it was time to start a new dimension to New Salem Preserves and Orchards, which she started with her late husband shortly after buying the property in 1968.

“I have a historic home built in 1750, and I feel it is important to share what I have with other people,” she says.

Last year, Hillman decided to start using the apples on her Western Massachusetts orchard to make alcoholic cider. After seeing a resurgence in the beverage’s popularity, she partnered with award-winning cider maker William Grote. This fall, four different varieties of the cider were launched with catchy names such as the Bees Knees, Core Appeal, Singing in the Reine and Raspberry Beret.

Hillman says they tried to offer ciders ranging in dryness and sweetness to appeal to a wide variety of tastes. So far, Hillman says, they’ve received nothing but compliments.

But those who want to sample Hillman’s hard ciders won’t be able to find them in local stores or markets. Hillman says a visit to her countryside venue, fully equipped with a Cider Garden, is all part of the tasting experience.

“It’s really a lovely place to sit and look at the meadows and the stone walls and our orchards,” she says, adding that her farm has been a place for reflection as well as somewhere to meet new friends.

Hillman refers to her product as a cider with a sense of place. It’s important to her that people in her community have the opportunity to come to the farm, see how they operate and enjoy it as an escape from everyday life. But her property wasn’t always in tip-top shape. She says it’s taken 51 years to restore her farm to its original state, as the orchards were abandoned when she bought the property.

And as long as she’s around and in good health, Hillman says she’ll be active within her business. She says that she’s actually been energized by her latest hard cider venture.

“The days are full for me and that’s good,” she says. “I think to be passionate about something is really important and I don’t want to sit in a rocking chair, that’s for sure.”