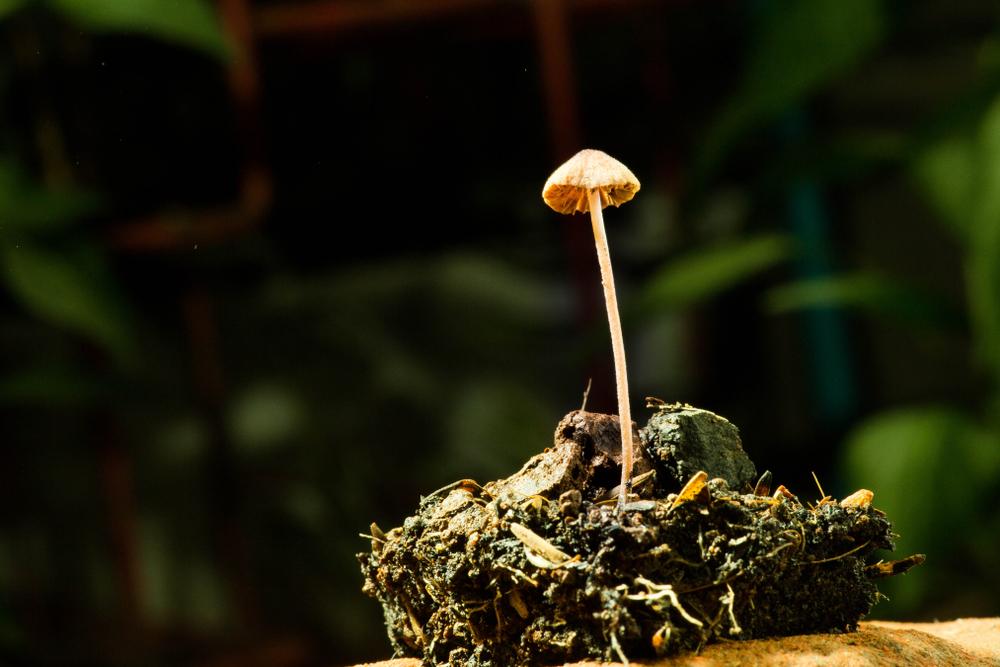 A new study suggests the answer to farmers’ overreliance on fertilizers might be right beneath our feet.

Researchers at the University of Leeds in England have found that soil fungi can provide significant amounts of phosphorus and nitrogen to cereal crops like wheat. They say this finding could potentially reduce reliance on fertilizers that harm the environment, contribute to climate change and threaten future food security.

In their new study, published in Global Change Biology, researchers conducted experiments using wheat and a microscopic organism called mycorrhizal fungi. It’s long been known that fungi share symbiotic relationships with plants, but the new study shows that wheat gets phosphorus from the soil through fungi.

“The really exciting finding is that we’ve shown this ability is different in different cultivars with some able to get a lot more nutrients from their fungal partners than others,” says Katie Field, the study’s lead researcher and a professor at the University of Leeds. “This suggests this ability to get nutrients from a fungus is a trait we can optimize and breed back in to future crops, meaning less fertilizer might be needed in the future.”

The study tested this nutrient partnership at current levels of carbon in the atmosphere, as well as what those levels are expected to be in the year 2100. Researchers found that the fungi continued to provide nutrients to wheat at the higher future levels, which shows using fungi as fertilizers could be a viable strategy for future crops.

Field says fungi are not a silver bullet for improving food crop productivity, but they could be a valuable new tool in helping with the current overreliance on agricultural fertilizers. The way most nitrogen-based fertilizers are produced generates up to 3 percent of the world’s total carbon emissions. And the raw materials mined from the ground for phosphorus-based fertilizers are running out.

More research will be needed before farmers will actually be able to swap their fertilizers for fungi, but Field says the future looks promising. She says that many years of selective breeding for traits like disease resistance have inadvertently damaged the ability of cereals to form partnerships with soil fungi. The challenge for future research will be figuring out how to breed back the ability of crops to form those relationships again.

In the meantime, Field recommends farmers should start adopting soil management practices that promote biodiversity (and therefore these fungi), such as limiting tillage and decreasing their use of fungicides.

Some people who are into making compost teas know that you can make either a bacterial dominant or fungal dominant or balanced tea depending on the the end use. The Soilfoodweb dot com with Dr Elaine Ingham has been leading the charge for at least 20 years I believe she may have got her original idea from Rudolf Steiners Biodynamic Farming systems of the early to mid 1920’s. The RS biodynamic website states: ” In the 1980s, biodynamic farmers in the northeast U.S. used Steiner’s economic ideas to pioneer the concept of community supported agriculture (CSA), which has since been… Read more »

Popular
7 Smokable Plants You Can Grow That Aren’t MarijuanaBrian Barth
Vegetables Aren’t Always VeganEmily Baron Cadloff
A Once-Forbidden Fruit Makes a ResurgenceShelby Vittek
OSHA fines Poultry Companies $1 Million after Deaths of Six WorkersDan Nosowitz
10 Summer Squash Varieties: Some You Know, Some You Don’tDan Nosowitz
Explore Modern Farmer
Related
Food & Drink, Plants
Show Us Your Share Part 2Modern Farmer
Animals
Move Over Goats. Cattle are the New Fire Fighters in TownLindsay Campbell
Plants
Bayer to Stop Residential Sales of Glyphosate-Based Roundup by 2023Alex Robinson
Food & Drink, Plants
Philippines Becomes First Country to Approve GMO ‘Golden Rice’Dan Nosowitz
wpDiscuz
We use cookies on our website to give you the most relevant experience by remembering your preferences and repeat visits. By clicking “Accept”, you consent to the use of ALL the cookies.
Cookie settings ACCEPT
Privacy & Cookies Policy