An Asian Parasite Threatens US Livestock

A tiny tick is having a big impact on farmers and it’s spreading across America. 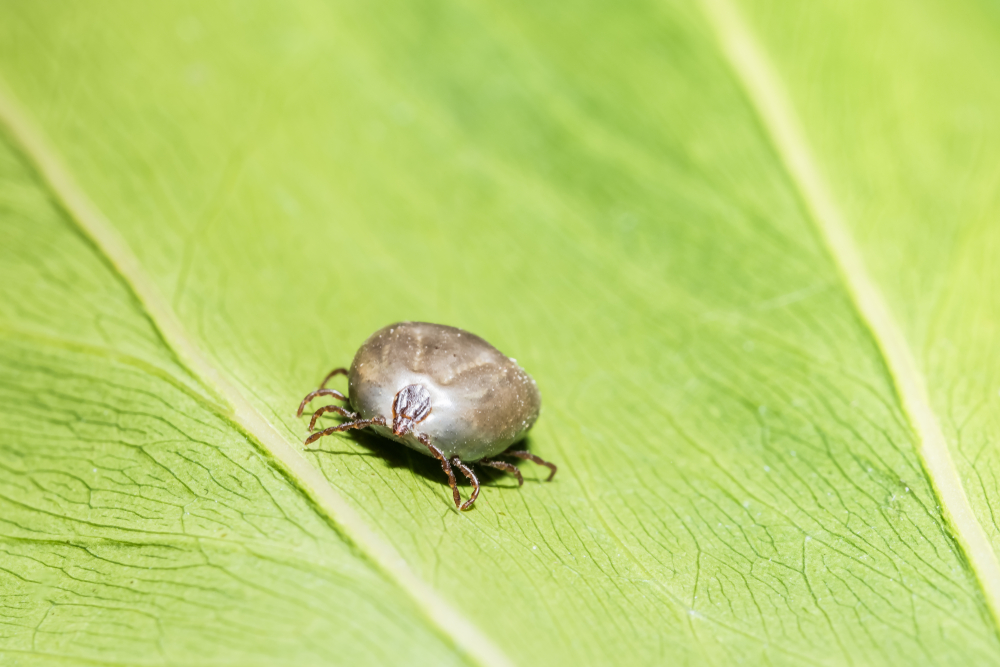 When a longhorned tick was found on a sheep in Hunterdon County, New Jersey, in 2017, news outlets sounded the alarm. The headlines declared “Self-replicating Asian longhorned ticks have arrived,” and articles warned that the exotic parasite could transmit diseases and pose serious threats to livestock.

The arrival of the Asian longhorned tick (Haemaphysalis longicornis) is concerning, in part because of its ability to reproduce really quickly, says Andrea Egizi, a research scientist at the Tick-Borne Disease Laboratory in New Jersey.

“The female longhorned tick can reproduce without a mate [so] the species can multiply more quickly than species that have to wait for a mate,” says Egizi, who is also a visiting professor at Rutgers University. “One tick can create an infestation.”

Longhorned ticks, native to Asia, burrow their mouthparts into their host and feed on their blood; the pests can transmit viral, bacterial and parasitic diseases, causing irritation, stress and even death. In North Carolina, multiple cattle deaths have been attributed to anemia caused by tick infestations.

After the longhorned tick was discovered in New Jersey, officials at the United States Department of Agriculture (USDA) reexamined older tick samples and found one from a farm in West Virginia in 2010.

The longhorned tick has since spread to 12 states, leading the USDA to claim that “eradication of this tick species from the United States is no longer feasible.”

“[B]y the time we discovered it, it had invaded a large part of the US,” says Richard Ostfeld, a senior scientist at the Cary Institute of Ecosystem Studies. “Better tick surveillance would help with earlier detection, which is often necessary to control the species and knowing how it got here will help us prevent similar species invasions.”

Since the longhorned tick is a new arrival in the US, current parasiticides are not labeled to treat the species; parasiticides used to treat other tick species can be used to good effect, but they would be considered extra-label and must be administered under the guidance of a veterinarian, according to the USDA. Ostfeld notes that farmers in other countries use acaricides to treat livestock, vegetation and equipment.

While it might be difficult to do regular tick checks on livestock, Egizi suggests being vigilant to signs of potential infestation, including the presence of parasites. Keeping pasture vegetation mowed and trimmed will make the landscape less hospitable to all tick species, including the longhorned tick. If you spot a tick, call the local extension office for help identifying the species.

“The longhorned tick is a concern but we have a lot of native ticks that are a concern, too,” she says. “You have to take steps to protect yourself and your animals from all ticks.”