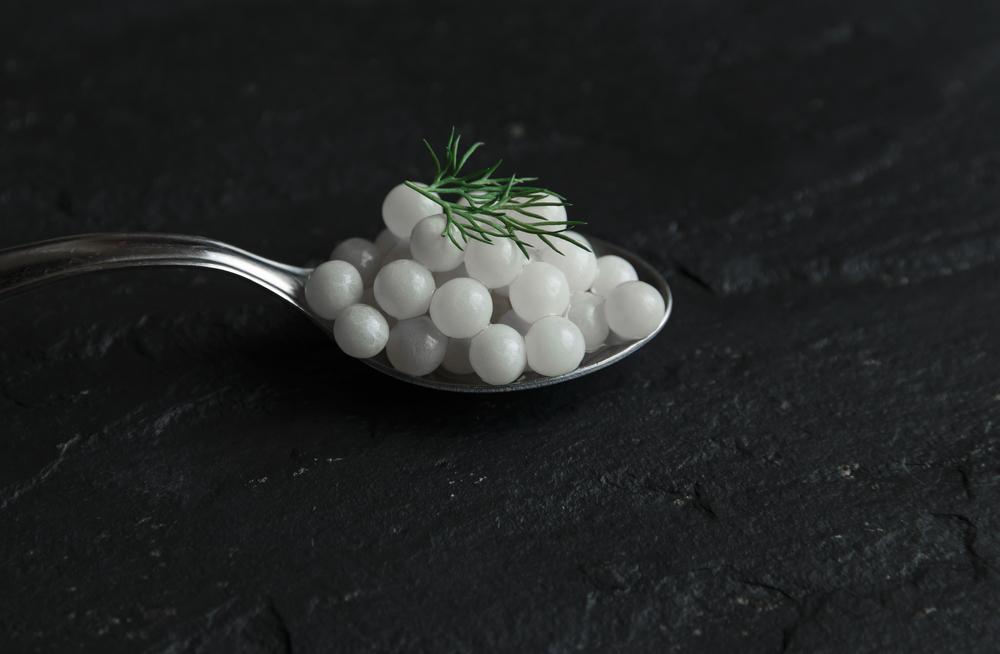 Wild prawns with sour cream. Pancetta wafers with purple potato. Steak tartare with stracciatella cheese. These are the elegant dishes that celebrated Italian chefs are finishing with a curious garnish: snail caviar.

“It’s a flavor that’s incomparable with any other kind of food,” says Davide Merlino, owner of La Lumaca Madonita—Italy’s largest snail farm, located in Sicily—which produces the jarred, fresh snail eggs. Boasting a mineral, herbaceous aroma that’s reminiscent of damp earth, Merlino’s caviale di lumaca comes in at around $1,900 per kilogram, while other brands have sold for more than $3,000 per kilogram. Merlino says the high cost can be attributed to the long and difficult process required to produce the eggs.

Used to produce snail meat and snail caviar, Helix aspersa is the most common species of farmed edible snail in Italy. Called petit-gris in French, it’s native to the Mediterranean and western Europe. The snails lay their eggs into soil; breeders leave glasses inside sterilized earth to catch the precious deposits, then painstakingly sort through them and discard any eggs that aren’t perfectly round or white. The whole process can take up to 150 days, and one snail can only lay around 50 to 100 eggs each year. “We have to harvest the little pearls one by one using tweezers,” Merlino says.

He adds that, right now, snail caviar is most popular in France and Italy—where he’s supplied a number of celebrated fine diners—and he distributes to Switzerland, Russia and Dubai. Snail eggs are eaten raw, and Merlino says they match well with tartares of fish, prawn or beef, because they’re delicate and mineral.

While still a niche product used mostly for high-end food service, the interest in snail caviar follows the recent burgeoning of Italy’s heliciculture (snail farming) industry. According to Coldiretti—the country’s peak agricultural association— snail consumption has increased in Italy by 325% over the last 20 years, and domestic interest in breeding is growing, with local snail production now meeting around half the demand from the Italian market.

Cheerleading the growth of Italian snail farming is the International Institute of Heliciculture, based in the small town of Cherasco near the border with France. Launched some 40 years ago, it’s dedicated to researching snail-breeding techniques, developing snail-based products and connecting breeders around the world, as well as working with some 500 local breeders. 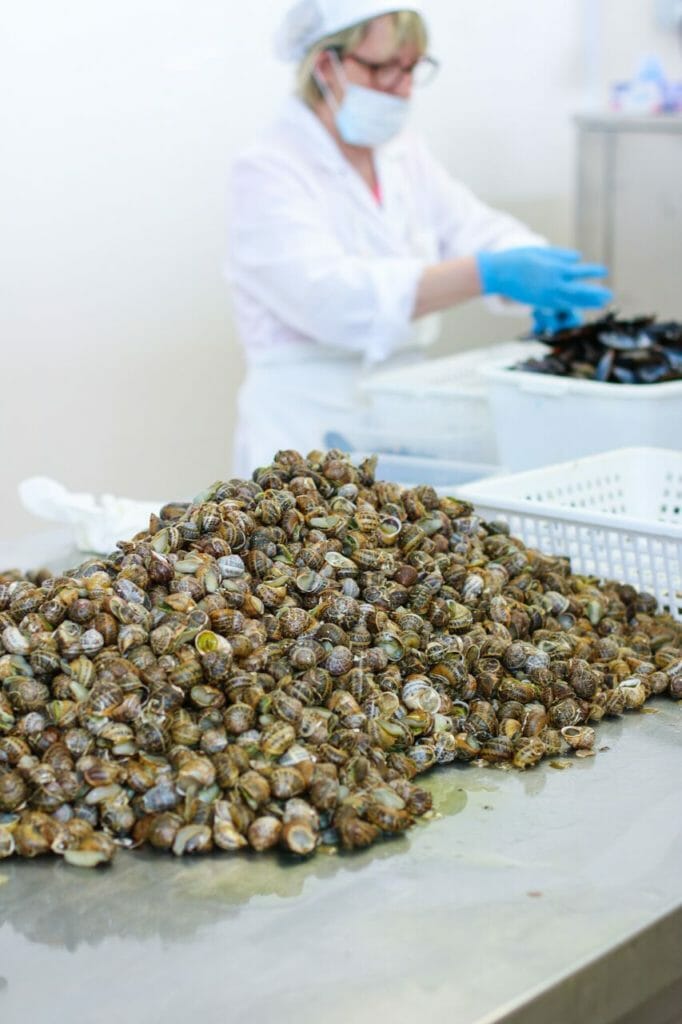 “From its spiral, a whole world is born,” says the institute’s director, Simone Sampò.

He discusses the economic potential of these slow-moving molluscs while leading a tour of their experimental breeding enclosures. “You can transform a plate of food, and you also have the eggs and the slime.” Sampò’s MullerOne invention—or “snail spa” as he calls it—is apparently the first device to harvest cruelty-free snail slime. Said to hold special properties that boost collagen and fight wrinkles, snail slime is fast appearing in cosmetics and skincare, presenting yet another opportunity for breeders. At a luxurious Cherasco day spa, you can even lie back in a bathrobe and have the live, slimy gastropods inch across your face.

In Italy, snail gastronomy is nothing new, but renewed interest in edible snails is emerging elsewhere, too. There is only a small number of USDA-registered snail farms, including one run by a former Noma chef on Long Island—Peconic Escargot is supplying fresh snails and snail caviar to the likes of Eleven Madison Park and Frenchette in NYC. Can’t make it to the Big Apple? You might like to try the critters roaming your own backyard.

Hi, I’d like to know about helix aperta and helix aspirsa.
Thanks