Wisconsin’s Indigenous people stand to lose a key piece of their cultural identity. 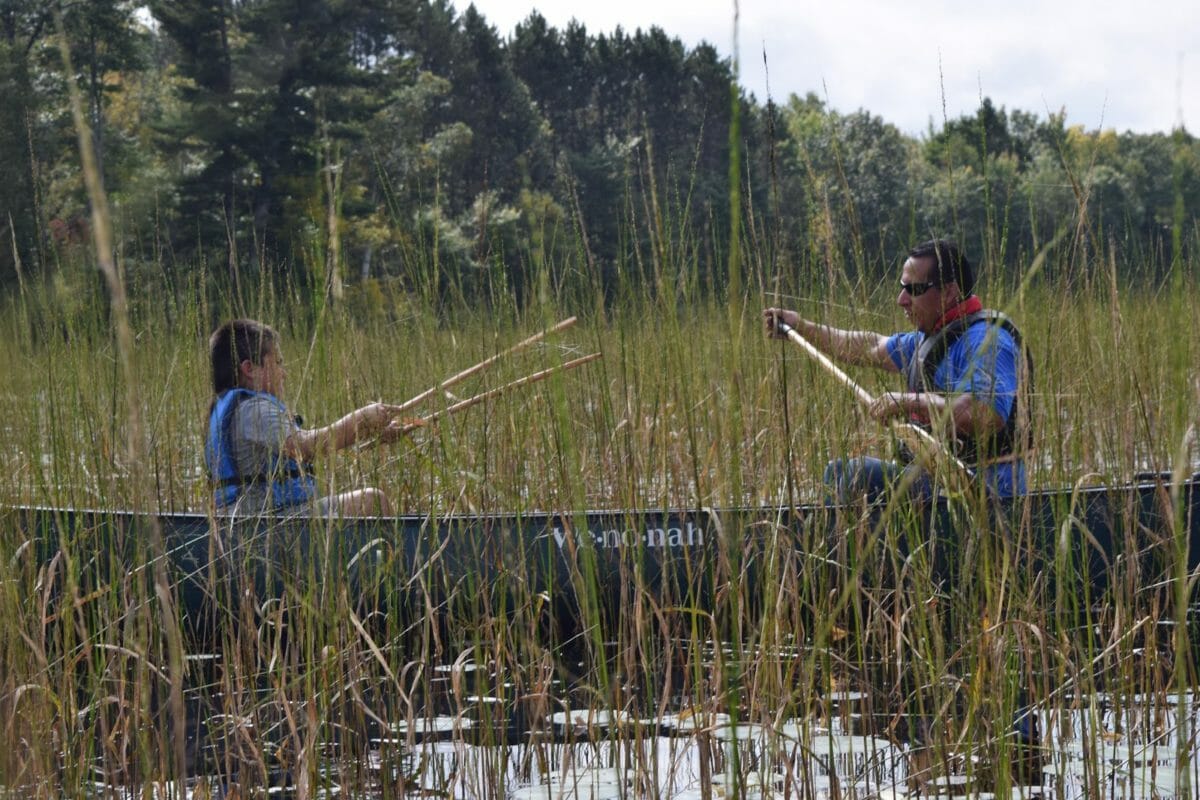 For Dylan Jennings, the annual wild rice harvest is a cherished practice that connects him to his environment, community and Ojibwe roots.

Jennings, a member of the Bad River Band of Lake Superior Anishinaabe, has been a rice harvester in his northern Wisconsin community since he was nine years old.

Spanning August and September, the rice season is a sacred time of year for the region’s Indigenous people. Harvesting the black grain of a reed-like plant they call manoomin is deeply embedded in their culture, history and spirituality.

“Manoomin … was what led us to the place that we live today,” says Jennings. The manoomin harvester explains that, according to prophecy, the Anishinaabe people were told by the Great Spirit to migrate west to their new home where food would grow on water. He adds that the wild rice crop is a staple food, highly depended upon by Anishinaabe communities, as it’s in their nature to live off the environment around them.

“Our life cycle is rooted in a system of subsistence,” he says.

But recent crop forecasts have shown extreme weather conditions are threatening  this treasured food source. Such findings have left individuals in Indigenous communities, like Jennings, feeling anxious and uncertain about the future.

Peter David, a biologist who has been observing wild rice trends for nearly three decades, says it’s a below-average year for the crop’s supply in northern Wisconsin. Although, he adds, he’s noticed concerning trends since the mid 2000s. The manoomin specialist points to Wisconsin’s above-average precipitation record for the past six consecutive years, noting that conditions are best for the wild rice crop in below-average periods.

“A lot of these major storm events, the hundred-year rain events now seem to be coming every four or five years,” he says.

David says that when storms hit the rice in the spring during its vulnerable state, it can devastate the developing rice crop. He’s also seen historic rice beds drowned out because dikes and dams put in place to deal with flooding are failing. Rising temperatures, he adds, have brought in a number of species with southern distribution for wild rice to compete against.

“I can’t sit here as a scientist and say this is all due to climate change, but everything we’re witnessing is consistent with what we expect the climate change impacts to be,” he says.

A 2018 Climate Change Vulnerability Assessment from the Great Lakes Indian Fish and Wildlife Commission assessed the vulnerability of 11 different species in the region. It identified manoomin native to northern Wisconsin and northern Minnesota as the most vulnerable species, as it is sensitive to various climate effects in different stages of its life cycle.

The assessment’s author, Hannah Panci, says this finding was not surprising, as she had communicated with various tribes and elders who had expressed concern to her over the crop’s vulnerable state.

Like David, she says flooding plays a major role in the crop’s abundance. The report she wrote explains that manoomin is sensitive to changes in water levels, referencing floods in 2012 and 2016 that devastated the crop.

Another factor is the increase of temperatures where the crop historically blooms. Because manoomin is a northern species, higher temperatures negatively affect its seed production, Panci says.

The report states that, following milder winters, spring germination rates appeared to be lower. Panci adds that warm, humid nights during the summer have created ideal conditions for brown spot disease to infect the crop and reduce seed production.

And while the report’s results ring the alarm on the state of northern wild rice, she hopes it inspires action amongst those who have the power to do something about it.

“I know there’s a lot of people who live on lakes in the area and don’t necessarily understand the importance or sensitivity of manoomin,” she says.

Jennings believes that if more people did know manoomin’s true value, they would be more likely to help support efforts towards its preservation.

But, for now, he remains concerned about the crop that is so closely tied to his cultural identity. He doesn’t like to even consider that his community could lose manoomin.

“I think it would be absolutely devastating to our Ojibwe communities. We really don’t like to fathom that situation happening,” he says.

Climate change is a natural process. We’ve had warmer times on Earth, and we’ve had ice ages. Personally, for at least the last fifty years have been hearing of pending eco-catastrophes that never seem to happen.

If the oceans are also rising, why did the Obama’s just buy a 14 million dollar house right on the ocean beach? Explain this. We are told by the experts like Al Gore that the Poles would be melted by now and AOC says the World will end in 12 years. Lots of BS out there. Who is profiteering from this fear? There is big money to be made here.

“He’s also seen historic rice beds drowned out because dikes and dams put in place to deal with flooding are failing”. How do you blame this on climate change?

The CEI report is filled with anecdotal examples predominantly gleaned from the 1970’s. The report, written by Economists with an agenda, offers no tangential data as proof of their “science”. Obviously, 1970’s science was handicapped by the lack of competent modeling data. Climate Science is a work in progress, cherry picking bad examples of past theory to further an agenda is a fools errand. Perhaps we could republish past articles of flawed economic theories to prove modern economists are incompetent as well. Neither practice offers more than a pathway to ignorance. Good science requires open minds and a willingness to… Read more »