Springworks farm is green in many ways. 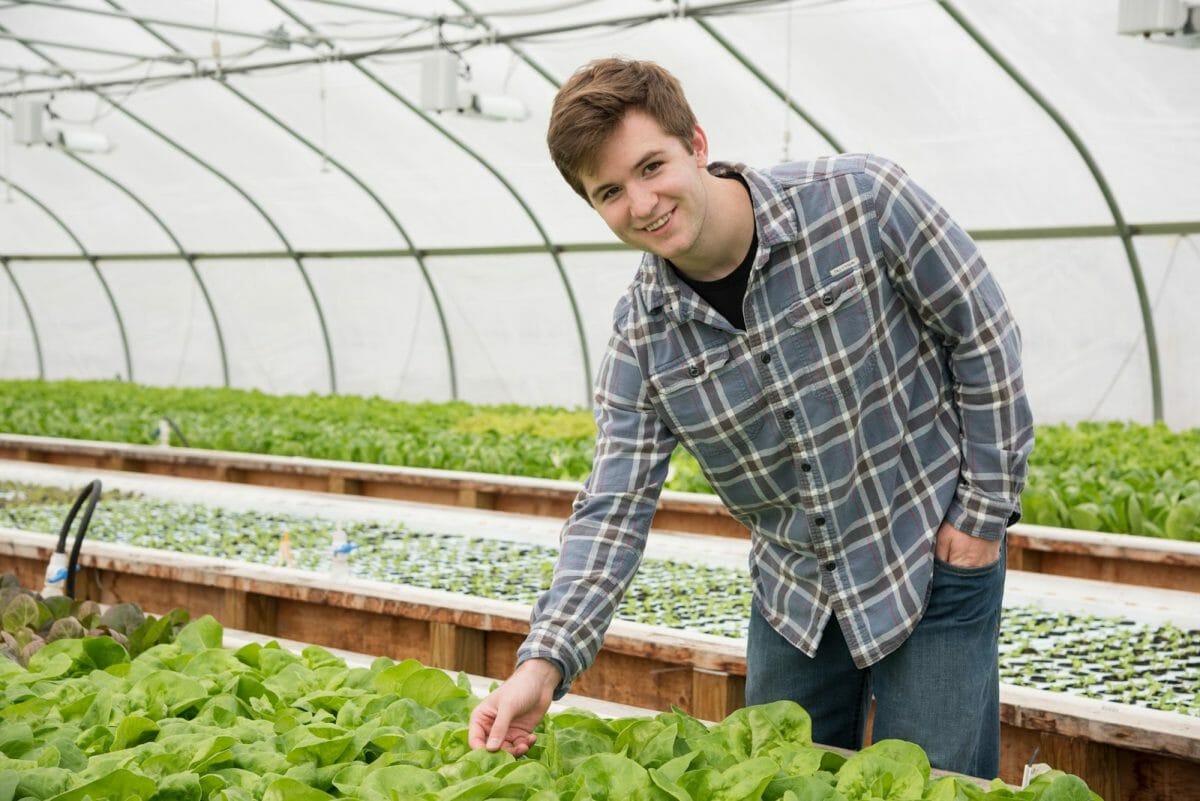 Trevor Kenkel’s success in lettuce farming began with a 20-gallon fish tank and a couple of goldfish.

As early as he was in the fourth grade, Kenkel was immersed in farming, managing his own organic garden and harboring chickens for eggs. It was around then he was struck by the impact conventional farming was having on an ecosystem in a glacier-fed creek a few steps from his house.

“I would go catch frogs, do a little bit of fishing there. One year, the frog population just dropped off,” he says. “I started to see the creek itself deteriorate as there was more intensive agriculture around it.”

Kenkel says witnessing this pushed him to research more eco-friendly techniques to use in his own backyard.

When he stumbled across aquaponics, a method that converts fish waste into nutrients that feeds plants sitting in the same water, he thought he could make it work. When he was in the eighth grade, Kenkel scrounged up money from a summer job to make his own 20-gallon system. Many years later, his passion has evolved into Springworks Farm — the largest aquaponics farm in the Northeastern United States.

Kenkel says his aquaponics farm uses 90 percent less water and grows about 20 times more greens per acre than a traditional lettuce farm. The farm’s lettuce production amounts to about a million heads a year.

The 24-year-old notes that while the approach allows him to extend his operations past Maine’s growing season to 365 days a year, he’s conscious about his energy use in the greenhouse during the winter. Kenkel says Springworks houses technology designed to efficiently capture and store heat, allowing the farm to use 30 to 35 percent less heat than a conventional greenhouse.

“If we can reduce the resources that we spend on producing our food and make our systems more closed looped, then that’s what will allow us to conserve the ecosystems that we rely on and also enjoy,” he says.

The farm also sticks to a 250-mile radius for the community it serves in order to cut back on carbon-based fuel emissions, although Kenkel is quick to point out that most of its distributors are closer than that. Four years after he started his farm as a way to produce sustainable food for his family, Kenkel hopes to increase his production and work with larger distributors. But he says his operations will always stay rooted in what’s at the heart of Springworks: environmentally sound farming that is mindful of resource use.

“We have the opportunity to give people a more sustainable option all year in New England for lettuce. That’s really exciting and I think it only continues to be that way for me,” he says.