The future is bright in agrivoltaics. 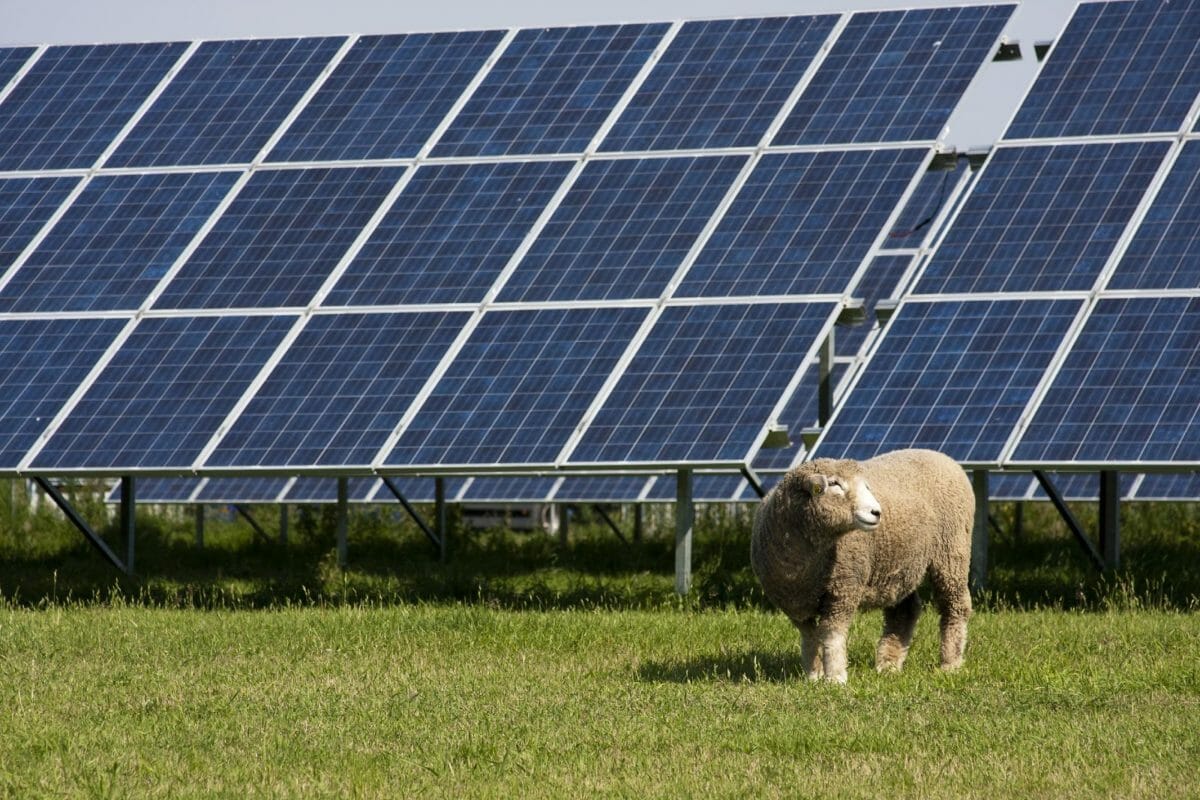 When Byron Kominek returned home to his family farm in Colorado in 2016, he decided it was time to do more than produce hay.

The former U.S. diplomat saw opportunity in the 24 acres his grandfather bought in the 1970’s that far exceeded its traditional function. Kominek looked for potential options and stumbled across agrivoltaics — the practice of pairing solar panels with agriculture.

“It sounded reasonable to make power and food at the same place. I thought ‘yeah, let’s do this,’” he says.

Kominek’s solar operation is still in the planning stage, but his farm, now branded Jack’s Solar Garden, is primed to become one of the largest agrivoltaic projects in Colorado, and possibly the country.

Scientists in Oregon recently released a study that found the global energy demand could be met if less than 1 percent of agricultural land was used for solar panels.

Researchers said their work showed farms are the optimal place to install solar panels and hope their findings will help forge cooperative relationships between the solar industry and American farmers.

The study compared data from solar panels Tesla installed on farm land with data they collected at microclimate research stations. Researchers found that panels were most efficient when they were in places that were sunny, cool, breezy and dry.

“If you’re typing on a laptop, you know that when it overheats, it slows down. Panels are made of the same materials, so when they get overheated, they actually function not as well,” says Chad Higgins, the study’s corresponding author.

“By putting the panels in an environment that’s still very sunny, AKA agricultural land, but not very hot, they become more efficient and effective in creating solar power.”

The findings built on a 2018 study, which showed solar panels could also increase agricultural production on dry farmland that hasn’t been irrigated.

Researchers found that the soil below the solar panels had higher levels of moisture than patches that had direct sun exposure, thereby increasing water efficiency because less water was needed.

They also noted the areas in the shaded areas under the panels had produced double the amount of plant material than the unshaded areas.

“I think of those two studies as different sides of the same coin,” Higgins says.

“Together they tell the story that the sum of those two is greater than the sum of the parts of their individual abilities to function.”

Miles away in Colorado, Kominek says he hopes more farmers get on board.

The farmer says that tracking down investors to help fund his project has proven more challenging than expected, but he’s hopeful that Jack’s Solar Garden will be built by next spring.

Solar and wind power are boondoggles perpetuated by vested interests. Read any analysis performed by a physicist. Solar and wind will never supply more than a small percentage of our energy needs. State of the art panels produced 2 years ago required 3 years of electricity production just to replenish the energy consumed in the production of the panel. We need nuclear. And we need to discourage 3rd worlders from coming here to live a wasteful 1st world lifestyle.

Popular
7 Smokable Plants You Can Grow That Aren’t MarijuanaBrian Barth
Alaskan Salmon Face a Stream of New MinesBecki Robins
Why Don’t We Eat Turkey Eggs?Dan Nosowitz
Holey Cow: The Wonderful World of a Fistulated CowAnna O†™Brien
6 Differences Between Llamas and AlpacasAndrew Amelinckx
Explore Modern Farmer
Related
news
The Fertilizer Shortage Will Persist in 2023Shea Swenson
Animals, Environment, Technology
Alaskan Salmon Face a Stream of New MinesBecki Robins
Animals, MTMF
Meet the Maine Teenager-Turned-Landscaper Thanks to Grazing GoatsBridget Shirvell
Labor, Politics
For Young Farmers, Land Access Will Make or Break the 2023 Farm...Emily Baron Cadloff
wpDiscuz
We use cookies on our website to give you the most relevant experience by remembering your preferences and repeat visits. By clicking “Accept”, you consent to the use of ALL the cookies.
Cookie settings ACCEPT
Privacy & Cookies Policy