A Modern Farmer’s Guide to the 2020 Democratic Primaries

Where the candidates stand on trade, climate, farming and food. 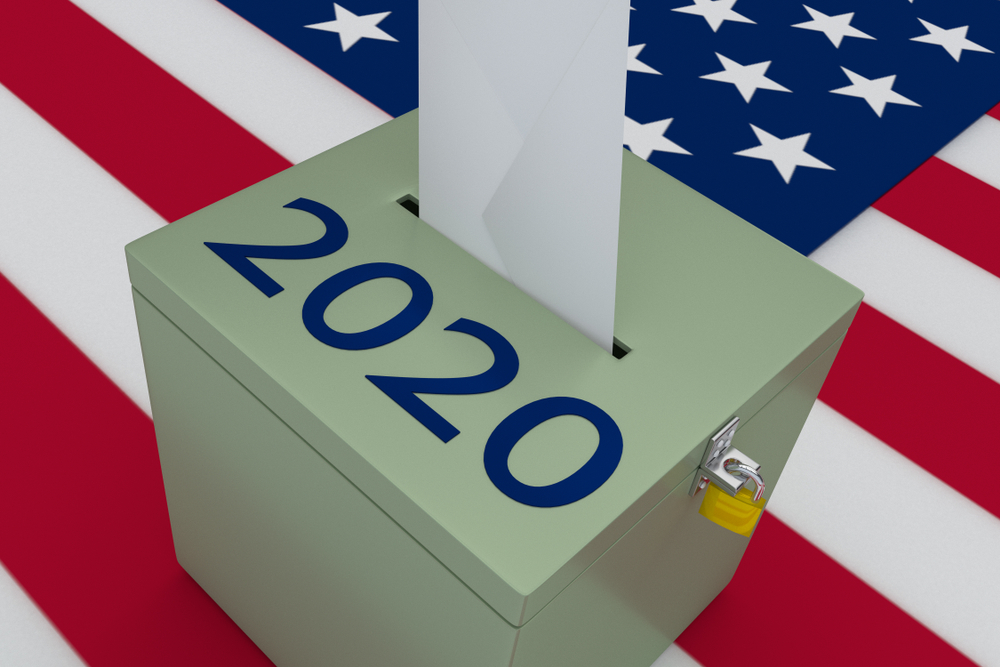 With less than six months until the Iowa Democratic caucuses, a small army of candidates is still vying for the chance to face off against President Donald Trump in 2020.

In order to help you navigate where some of them stand on agricultural issues, we’ll be compiling promises made by the top candidates (those who cracked 1 percent in the average of the latest national polls on RealClearPolitics).

We’ll update our guide as the candidates continue to roll out their platforms. Please let us know if we’ve missed anything by sending a note to [email protected]. 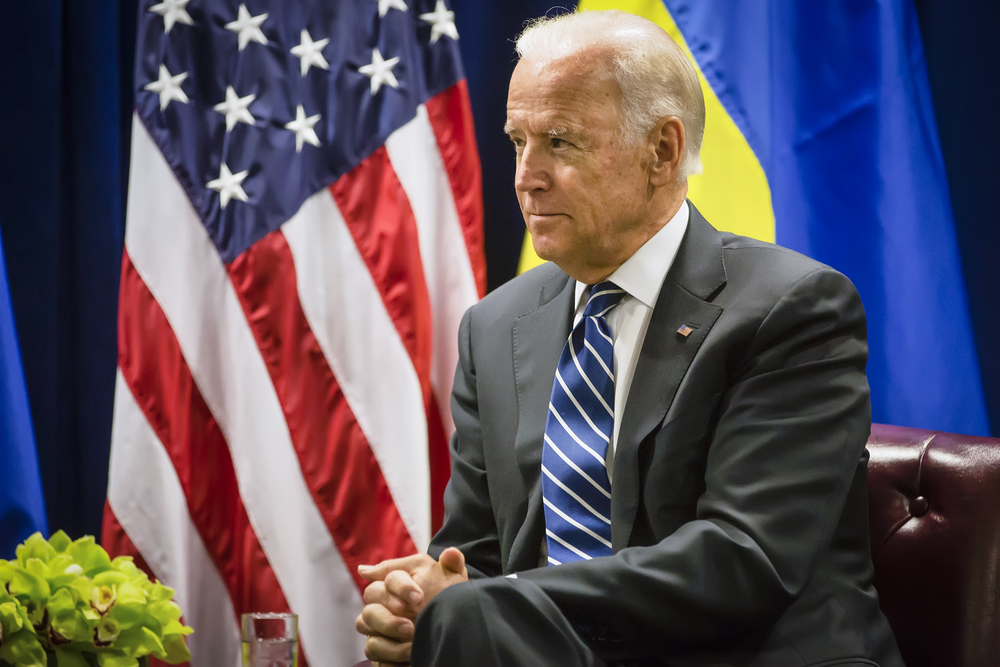 Biden has pledged to strengthen the country’s agricultural sector by “pursuing a trade policy that works for American farmers.” He says this would involve standing up “to China by working with our allies to negotiate from the strongest possible position.”

Biden has promised to expand a microloan program for new farmers, doubling the maximum loan amount to $100,000.

Some of his other promises include:
-Increasing funding to the Department of Agriculture’s farm ownership and operating loans.
-Working with small and mid-sized farms to develop regional food systems.
-Reinvesting in Sustainable Agriculture Research and Education Program and the National Institute of Food and Agriculture to bolster agricultural research.
-Ensuring the agricultural industry achieves net-zero emissions by expanding the Conservation Stewardship Program.
-Strengthening antitrust enforcement to protect small and mid-sized farms.
-Expanding bio-based manufacturing through federal funding.
-Investing in research to develop biofuels. 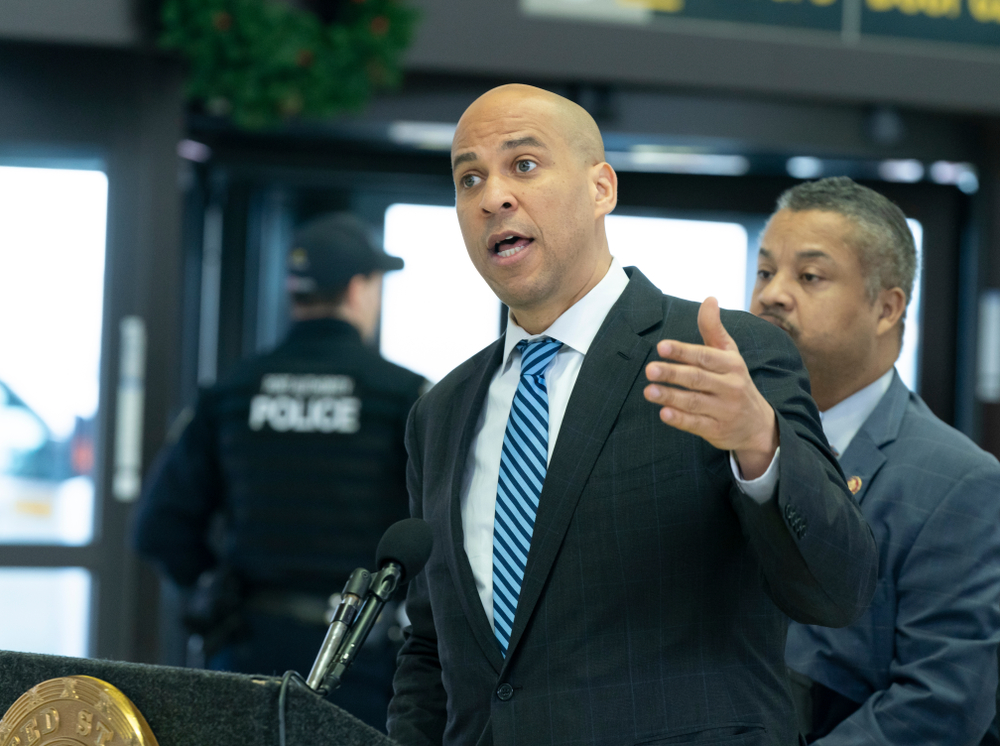 Booker has called for a moratorium on big agribusiness mergers (through the Food and Agribusiness Merger Moratorium and Antitrust Review Act) while Congress updates antitrust law. He has also pledged better enforcement of those laws.

Booker plans to introduce the Climate Stewardship Act this fall. This bill would increase funding for existing programs that provide incentives to farmers for using regenerative methods like cover crops.

The New Jersey senator promised at the beginning of September that he would devote $100 billion by 2030 towards making farms more climate resilient as part of his $3-trillion plan to tackle climate change.

Booker was also a co-sponsor on the Green New Deal. 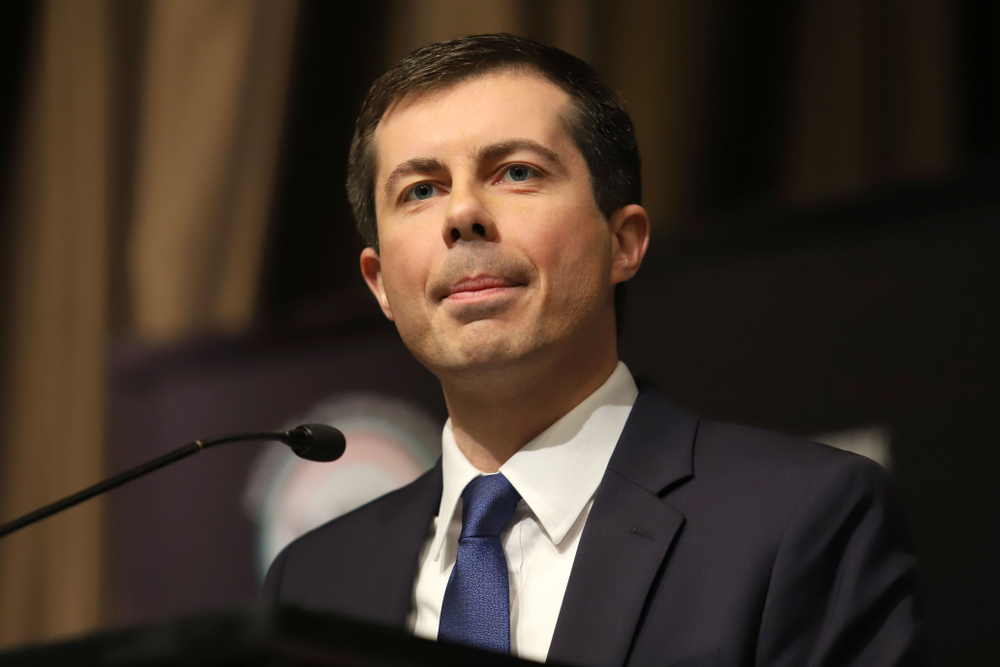 Buttigieg has promised to revamp the enforcement of antitrust laws by doubling funding for it, requiring the Department of Justice to review all big mergers, and by launching investigations into the seed market’s recent mergers. He also said he will amend patent statutes to protect the right of farmers to replant seeds grown on their own land.

Buttigieg has promised to invest nearly $50 billion over 10 years in research to develop new innovations in soil technology, food safety and other areas.

Some of his other pledges include:
–Expanding programs that incentivize farmers to farm sustainably such as the Environmental Quality Incentives Program and the Conservations Stewardship Program, and to reduce administrative barriers to them.
-Supporting biofuels supporting the Renewable Fuels Standard “as written.”
-Expanding worker protections in federal employment and labor laws for farm workers.
-Launching a “Rural Opportunity Center” to streamline grant processes in rural communities. 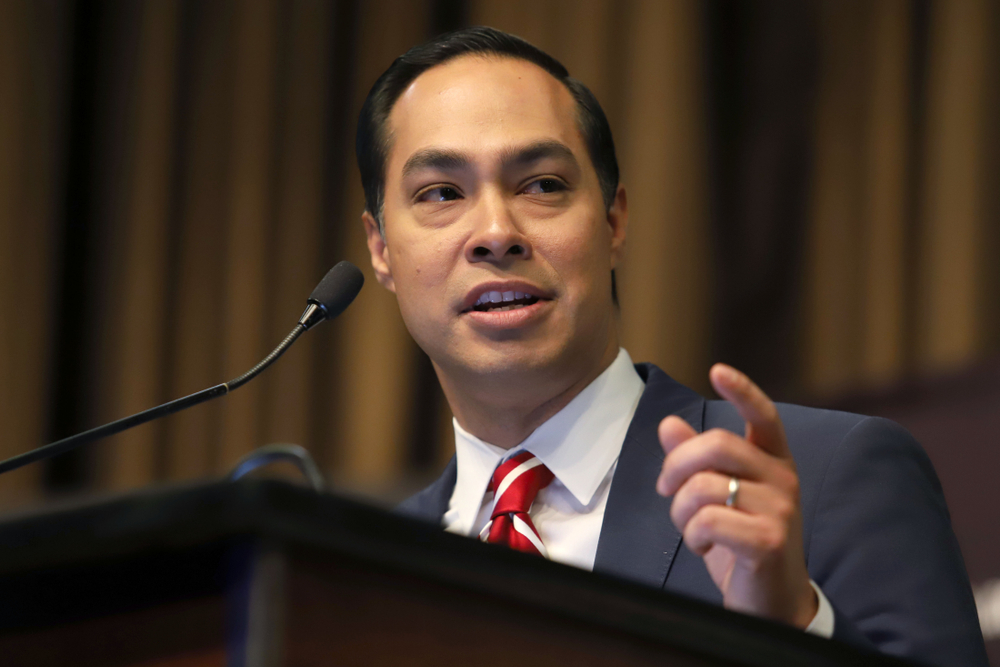 This summer, Castro announced an ambitious animal rights plan he says would raise animal welfare standards in factory farms. He has pledged to establish minimum space standards for livestock and poultry and to support funding for farms who participate in independent animal welfare certification programs.

Castro said he would oppose legislative efforts by certain state governments that have silenced whistleblowers. 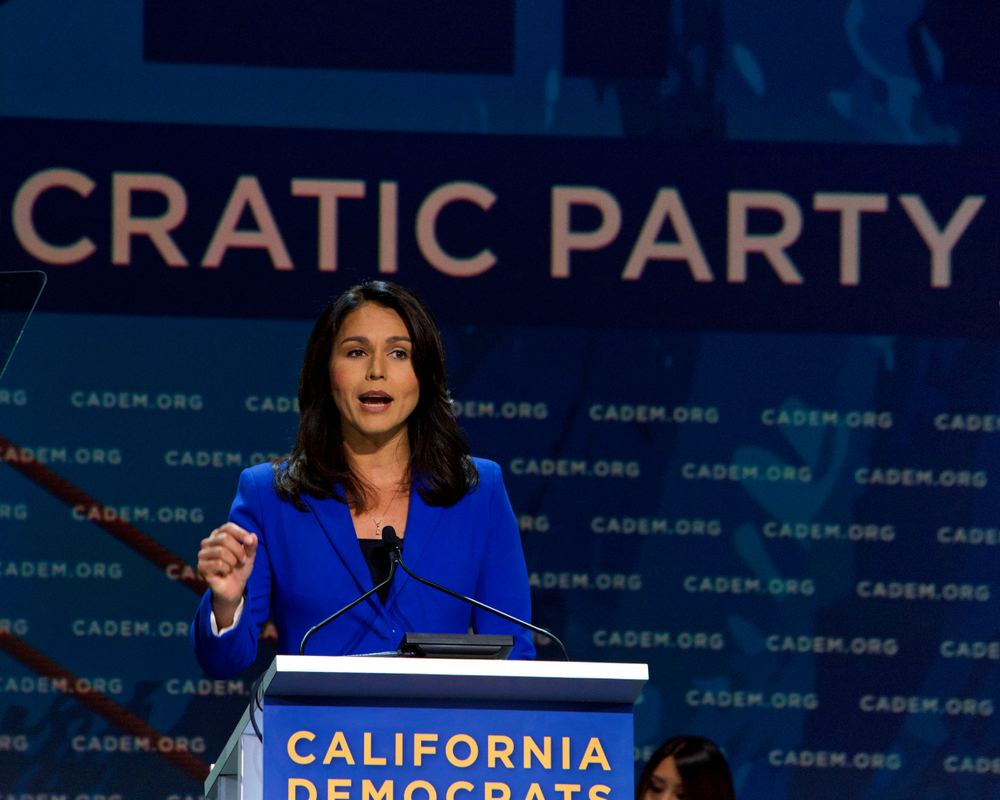 Gabbard has made food self-sufficiency one of her ag priorities. She has voiced support for building food aggregation and distribution hubs as solutions. She also supports building permanent facilities to house farmers markets, incubator farms and farm-to-school programs.

In 2017, Food Policy Action recognized Tulsi, who is a vegetarian, as a top advocate for food policy. 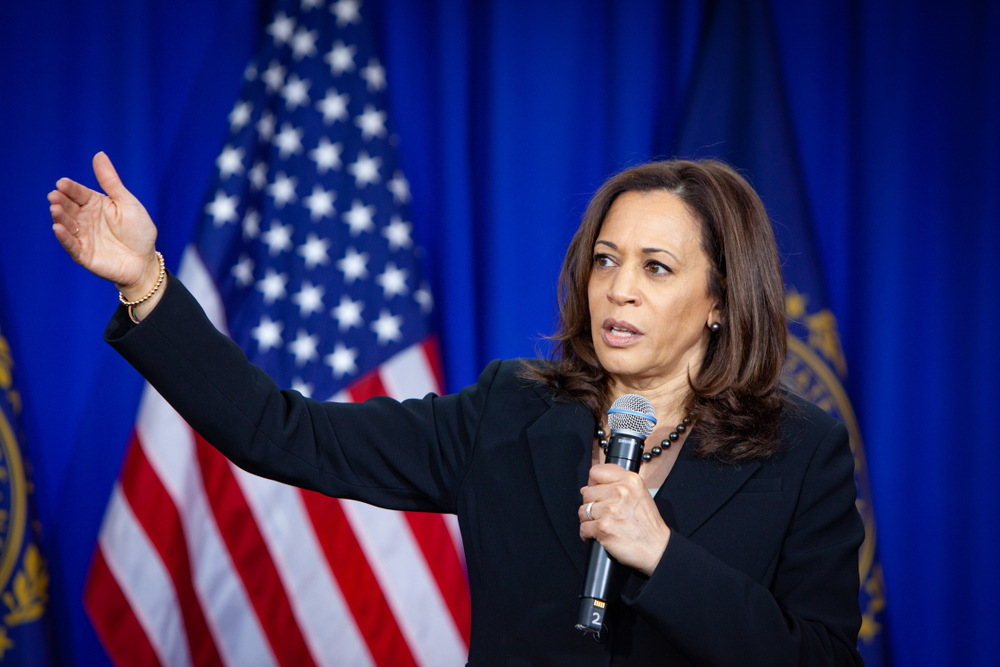 In early 2019, Harris reintroduced the Fairness for Farm Workers Act. The bill would require overtime pay for farm laborers and was co-sponsored by fellow presidential hopefuls and Senators Cory Booker, Amy Klobuchar and Elizabeth Warren.

When asked at a CNN town hall whether she would change USDA dietary guidelines to urge people against eating red meat, Harris said yes, and pledged a healthy food policy that would incentivize healthy eating. “We have to have a priority at the highest level of government around what we eat and healthy eating, because we have a problem in America,” she said. She also proposed a labeling system that would warn consumers about the products impact on environment and health.

Harris was also a co-sponsor of the Green New Deal. 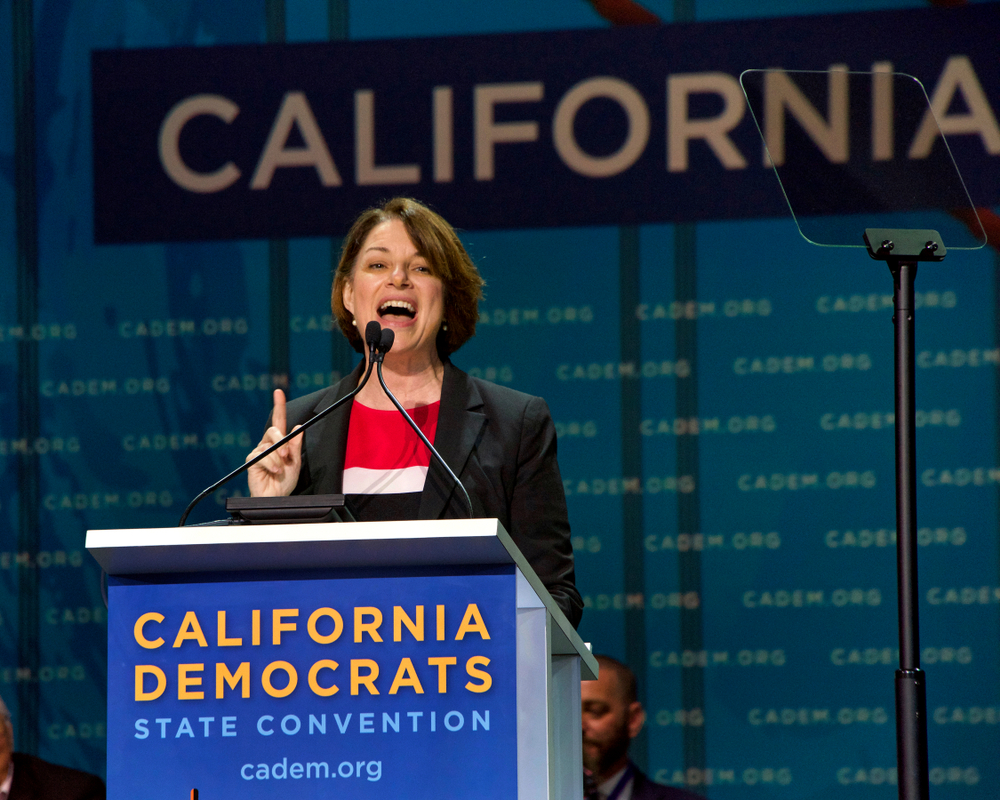 Klobuchar serves on the Agriculture Committee and has promised to expand farm support programs as part of a larger plan to create job growth in rural areas.

The Minnesota senator rolled out her plan in early August and pledged to make taxpayers cover a larger percentage of premiums for crop insurance and boost funding for programs that focus on eradicating livestock disease. She also promised to tie subsidies for farmers to their costs of production. Read more about her plan aiming to strengthen agricultural communities here.

When asked at a CNN town hall whether she would stand up to beef and dairy industry to fight climate change, she did not answer the question, and instead spoke about rejoining the Paris Agreement. President Donald Trump has promised to pull the United States out of the unbinding agreement. 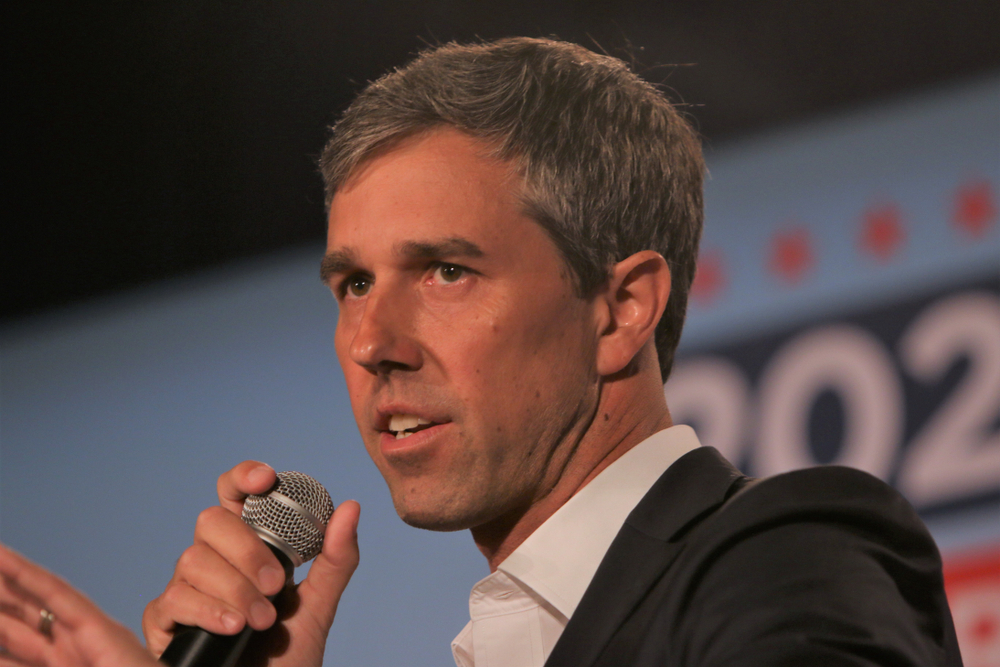 As part of his climate change plan, O’Rourke has said he would provide farmers and ranchers with “unprecedented access” to technologies to profit from reductions in greenhouse gas emissions. He has also proposed expanding crop insurance.

When asked at a CNN town hall event about the impacts the beef industry’s environmental impacts, O’Rourke said carbon pricing would help mitigate the effects of global warming.

“I reject any notion that we have to radically or fundamentally change how we eat or what we eat, I think we just have to be more responsible in the way that we do it,” he said.

O’Rourke released a trade plan in late August, pledging to end Trump’s trade war with China. He said he would accomplish this by eliminating tariffs on Chinese products in exchange for China doing the same for its tariffs on American products such as soybeans and beef. 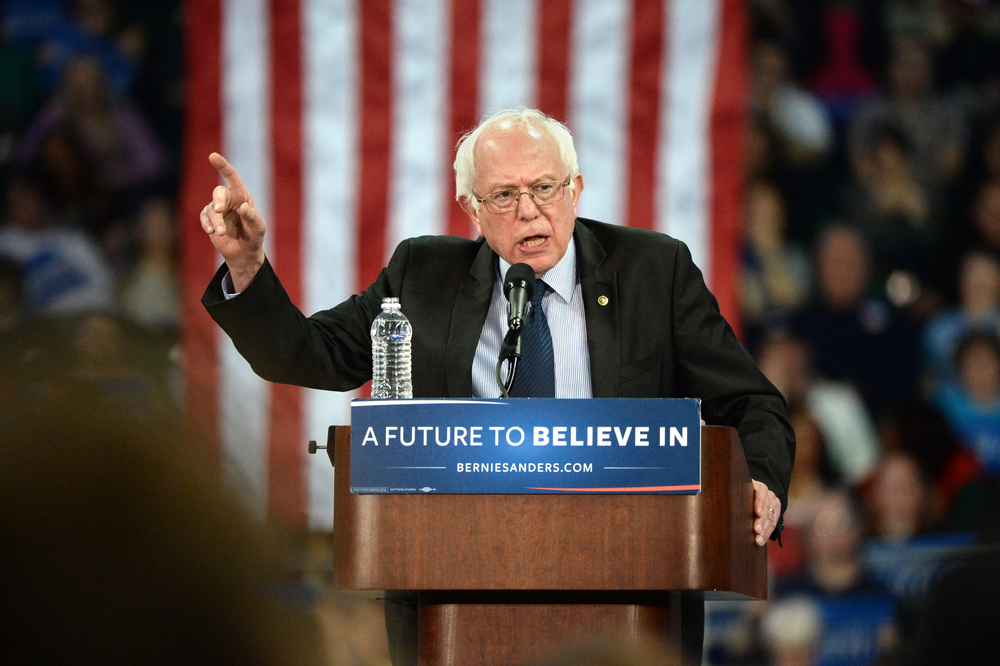 In May, Sanders released a sweeping agriculture plan that would break up big agribusiness and divert more subsidies to small and mid-sized farms. He proposed enacting “Roosevelt-style trust-busting laws” to stop the monopolization of markets and a moratorium of future mergers.

Some of his other proposals include:
-Reestablishing and strengthening the Grain Inspectors, Packers and Stockyards Administration (GIPSA), the agency that oversees antitrust in the packing industry and has been gutted under the Trump administration.
-Ensuring farmers have the right to repair their own equipment
-Reforming patent law to protect farmers from patent lawsuits from seed corporations.
-Strengthening organic standards.
-Allowing meat slaughtered at a state-inspected facility to be sold across state lines.
-Classifying food supply security as a national security issue.
-Developing fair trade partnerships that do not drive down produce prices.
-Enforce country-of-origin-labeling to prevent companies from passing off imported meat as an American grown product.
-Enacting supply management programs.
-Re-establishing a national grain and feed reserve.
-Transitioning to a system that would provide farmers with a guaranteed living wage.

The independent senator from Vermont has also promised to end factory farming and was a co-sponsor of the Green New Deal. 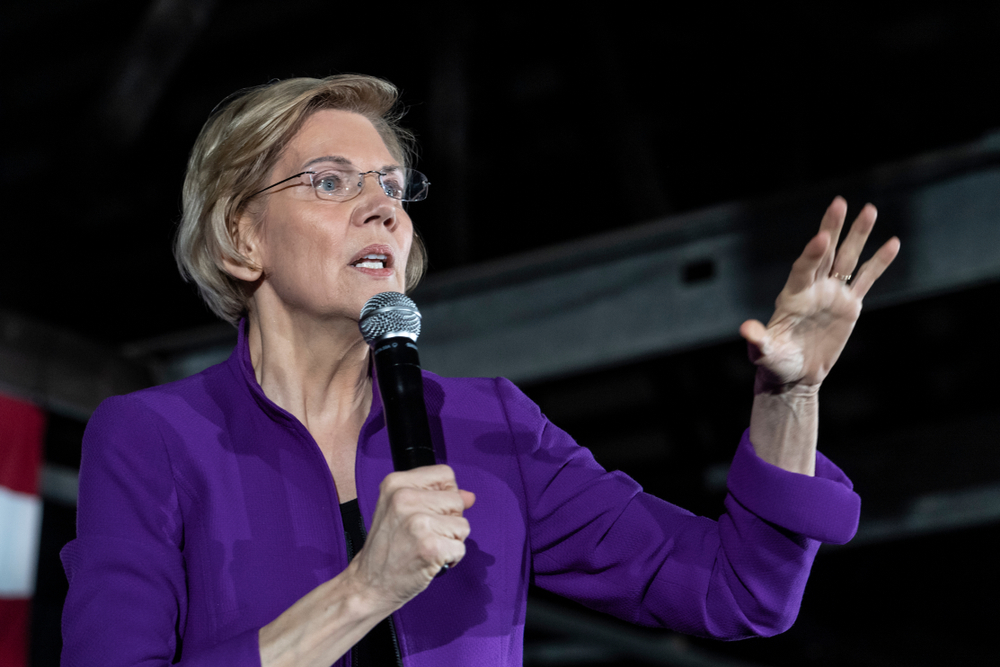 Warren released her own detailed plan in March, proposing to break up big agribusiness and to strengthen antitrust rules and enforcement. She has called for a new supply management system to replace the current subsidy system.

The Massachusetts senator has promised to increase payments for sustainable farming methods through the Conservation Stewardship Program to $15 billion a year from $1 billion.

Some of her other pledges include:
-Dedicating resources to develop innovations for decarbonizing the agricultural sector.
-Reinvesting in land grant universities
-Expanding the “Farm-to-School” program by “a hundredfold.”
-Increasing the funding for the USDA’s Local Agriculture Market Program to $500M a year over the next decade to fund food hubs and distribution centers.
-Establishing programs to assist heirs’ property owners to tackle the systematic dispossession of farm land in communities of color.
-Expanding access to credit and land for new and diverse farmers.
-Supporting a national right to repair law for farmers.
-Limiting foreign ownership of American farmland.
-Reforming country-of-origin labeling.
-Trade pacts will require imported food to meet domestic food safety standards.

Warren was also a co-sponsor of the Green New Deal. 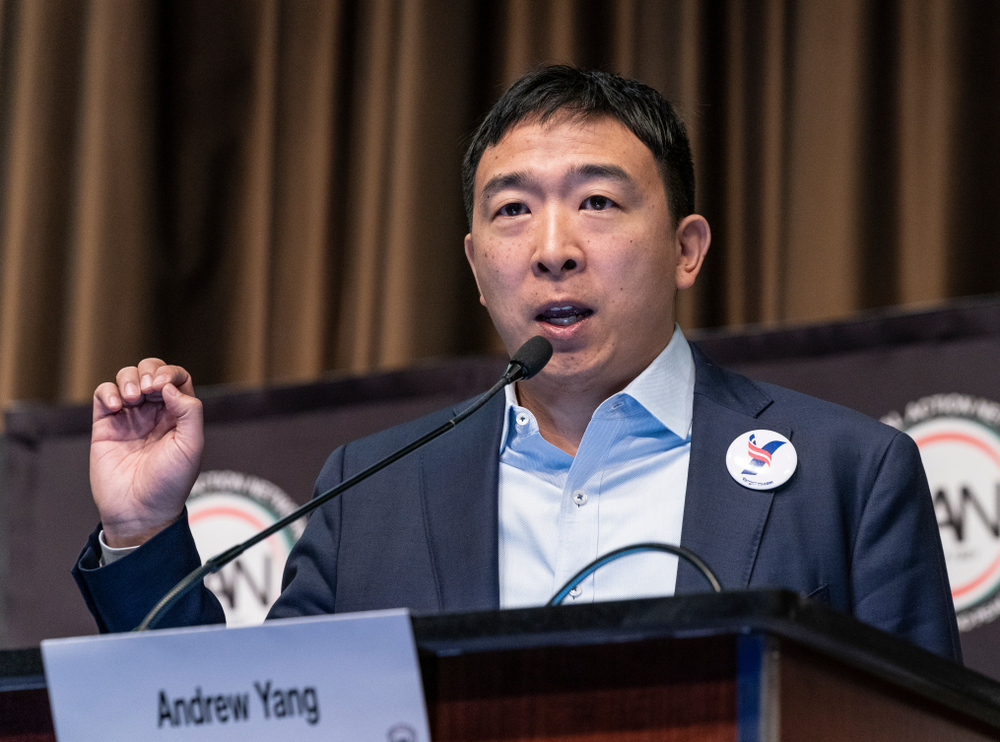 The centrepiece of Yang’s campaign is his universal basic income pledge. The proposal would see all adult Americans receive $1,000 a month in order to counteract the job losses from automation.

Yang has also proposed introducing a carbon fee and dividend which he says would allow businesses to find market-based solutions to lessen their carbon emissions. He said revenue from the fee would provide funding for alternative fuel research, upgrades to current energy systems and could be used to subsidize fuel costs for low-income Americans.

When asked at a CNN town hall how he was going to protect farming communities in the Midwest while tackling how food systems contribute to climate change, Yang said “We need to help farmers modernize their land use in terms of their environmental impact,” by offering them economic incentives to do so.