Kenyan farmers are profiting from this new variety of tea. Those who pioneered it have doubled their earnings. 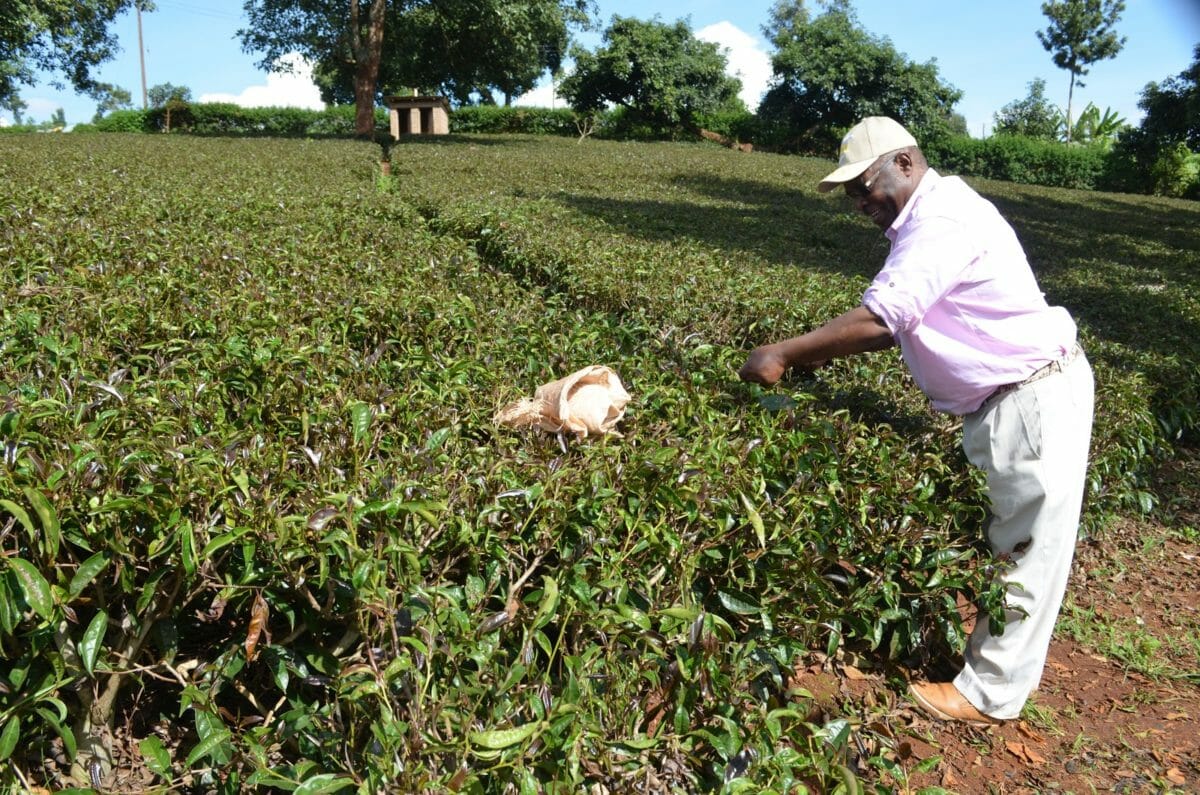 Karanja Kinyanjui with some of his purple tea bushes. He opened a processing plant in Kenya and exports to China.
Photography Photos by Daniel Sitole
Share
Tweet
Pin
Email

In 2009, Karanja Kinyanjui visited the Tea Research Institute in Kangaita and was told about a new purple tea variety that would soon be introduced in the country. The center had 20,000 bushes of purple tea, and Kinyanjui bought them all to plant on his farm. In doing so, he became the first Kenyan to grow purple tea, targeting the large Chinese population living in Kenya.

“I took the risk of buying and growing the plants,” says Kinyanjui. “But I didn’t know if the government would allow the crop in the country and, if allowed, how consumers would react to this new variety of tea.” 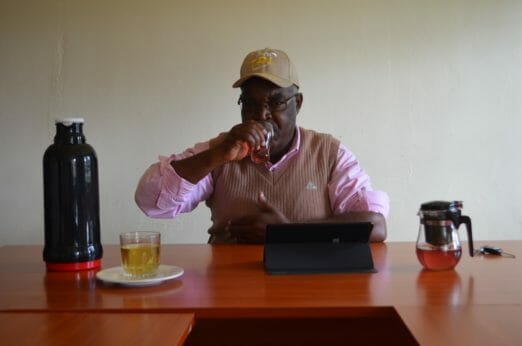 Kenyan farmers are finding purple tea more profitable than green tea, and those who pioneered this new variety have doubled their earnings. Yet, while it may be profitable, another grower, Patrick Njihia, points out some challenges. “Nationally, the market is small because Kenyans are used to green tea,” says Njihia. “Restaurants and shops don’t sell purple tea because they don’t have a market for this new variety, and farmers aren’t well informed about it.” Njihia says purple tea is dependent on the Chinese market. He supplies his tea to Gatanga Industries Limited for processing.

Generally, purple tea is taken without sugar and milk, so it’s slightly bitter. (Personally, I wasn’t a fan: I was given two cups of purple tea to drink and failed to finish the second.) Drinking purple tea without milk could be one of the reasons why it’s not popular with Kenyans, as most of them are dairy farmers and take their tea with milk.

Another farmer, Samuel Muigai, says the government isn’t helping purple tea growers with marketing. “Gatanga Industries is the only purple tea processor in Muranga County,” he says. “If the factory closes down, we fear that it will be a disaster to us as growers and we will have to sell products to green tea processors at the usual low prices.”

Purple tea from Gatanga Industries comes in various degrees of quality. Prices vary according to the grade and range between $10 and $100 per kilogram. To put the pricing in perspective, the cheapest variety of green tea goes for $1.50, while the highest is $4.50 in local supermarkets.

The Tea Research Institute acknowledges that the returns on purple tea are three or four times higher than those for black (green) tea. One of the reasons why is that it contains medicinal properties known as anthocyanins, which are believed to help prevent cancer and heart disease, lower blood pressure and promote weight loss, among other supposed benefits.

Gatanga Industries has the capacity to process about 5,000 kilograms of wet tea each day, with 150 workers on the farm and about 10 employees in the factory. Among them are two Chinese purple tea experts, who are there to offer advice on production. All of the products are sold to Chinese distributors and exporters based in Kenya, and the products are mainly exported to China.

Kenya is the third-largest producer of green tea in the world, after China and India. However, fluctuating prices on the global market have forced many farmers to venture into other lucrative cash crops, including purple tea, macadamia nuts and avocados.

“This is a venture that I will not abandon,” says Kinyanjui. “The returns are good and the market challenge will stabilize as more people get to know about purple tea and its benefits.”

Purple tea, scientifically known as Camellia sinensis, is a variety of green tea. The plant looks the same as green tea but is purple in color — both the leaves and boiled tea are purple.

Eventually, in 2011, the government allowed its people to grow, process and market purple tea. By this time, Kinyanjui’s plants had grown in number and size, so he started selling cuttings to fellow farmers who were interested in growing the tea.

In 2015, he applied for a license to process purple tea under the name Gatanga Industries Limited. With a $300,000 investment, including $90,000 for the Chinese-made machines, he increased the size of his farm to 100 acres, 30 of which are used for purple tea. His success attracted other farmers, and the number of purple tea farmers increased and led to the formation of the Muranga Purple Tea Growers Association.