How a Malaysian Fruit Transformed a Small Indian Village

Native to Indonesia and Malaysia, one man’s century-old mangosteen tree is turning into a surprise cash crop in Kerala. 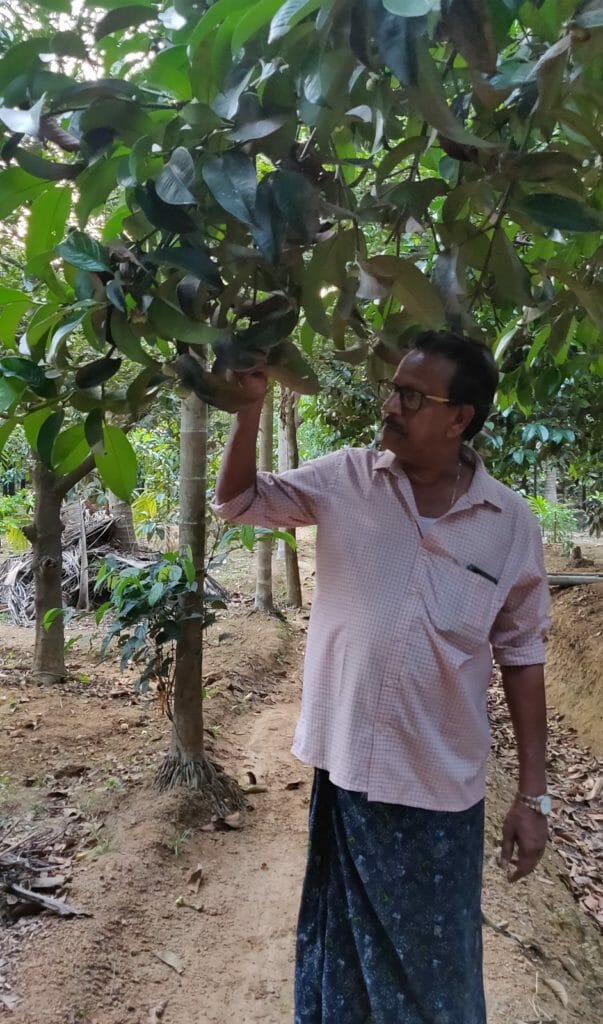 When Merlin Varghese’s great-grandfather, Moothedan Varghese, went to Malaysia for higher education a century ago, he didn’t know he would bring back something that would transform his entire village in the south Indian state of Kerala. The mangosteen tree he planted in the village of Pariyaram with the seeds he brought along still yields fruit and is now 90 years old.

Native to Indonesia and Malaysia, this sweet, juicy and lychee-like fruit, with a white pulp and reddish-purple rind, is rich in antioxidants and requires a combination of humid temperatures and water-rich, fertile land to grow. Traditionally, Pariyaram farmers have relied on cash crops such as coconut, nutmeg, rubber, tea and coffee. When Varghese planted the first tree, he wasn’t planning on selling the fruit or aware of its profitability. In fact, for years, the people of Pariyaram kept planting mangosteen only for personal consumption. Over time, the fruit came to be given as a wedding gift to brides from their parents for its sweet taste.

It wasn’t until 1991, when Varghese planted about 100 trees in his coconut garden and went out to sell the fruit, that he realized it deserved much more attention. The fetch was impressive, and the cultivation process was much easier. While coconut and nutmeg trees would suffer root wilt and fungal diseases, respectively, mangosteen was sturdy. While nutmeg would have to be harvested every two or three days for six months in a year, mangosteen only demanded two months of work (April and May) during its fruiting period. Evidently, the crop was more profitable. Soon, Varghese was widely cultivating it and selling the fruit in big cities in south India. Others soon followed suit.

“About 50 families grow mangosteen in their backyards and gardens now,” says Varghese, as he takes us around his nursery, spread over five acres. Along with rambutan, durian and coconut trees, it has dense green mangosteen trees that reach more than 80 feet high after a four-year gestation period. “We send the produce to Chennai and Bangalore, where it sells for 500 to 600 Rupees [about USD$9] per kilogram,” he says. Reportedly, the farmers collectively made one crore (about USD$150,000) from their mangosteen produce over the past year — an impressive number in the region. At a time when much of India is going through a major agrarian crisis, with debt-ridden farmers resorting to suicide, residents of Pariyaram have been silently reaping the benefits by selling this “foreign fruit.”

Surprisingly, the fruit barely has any local demand. When I told my driver, a Kerala resident, about Pariyaram and its mangosteen story, he said I was probably mistaken.

“Mangosteen?” he remarked. “Are you sure? Is that a fruit?”

At present, no government subsidy exists for mangosteen farmers in India. A few other south Indian states also produce mangosteen, but experts say that nowhere is the fruit tastier or sweeter than in Pariyaram.

“Nobody buys mangosteen here,” Varghese  said. “The fruit you can sell for 500 Rupees in other cities hardly fetches 200 Rupees in Kerala.”

Correction: An earlier version of this article incorrectly attributed a quote by Merlin Varghese to a driver. We apologize for the error.