This Sydney Restaurateur Couldn’t Find the Thai Ingredients She Needed, So She Started a Farm - Modern Farmer
MTMF

This Sydney Restaurateur Couldn’t Find the Thai Ingredients She Needed, So She Started a Farm 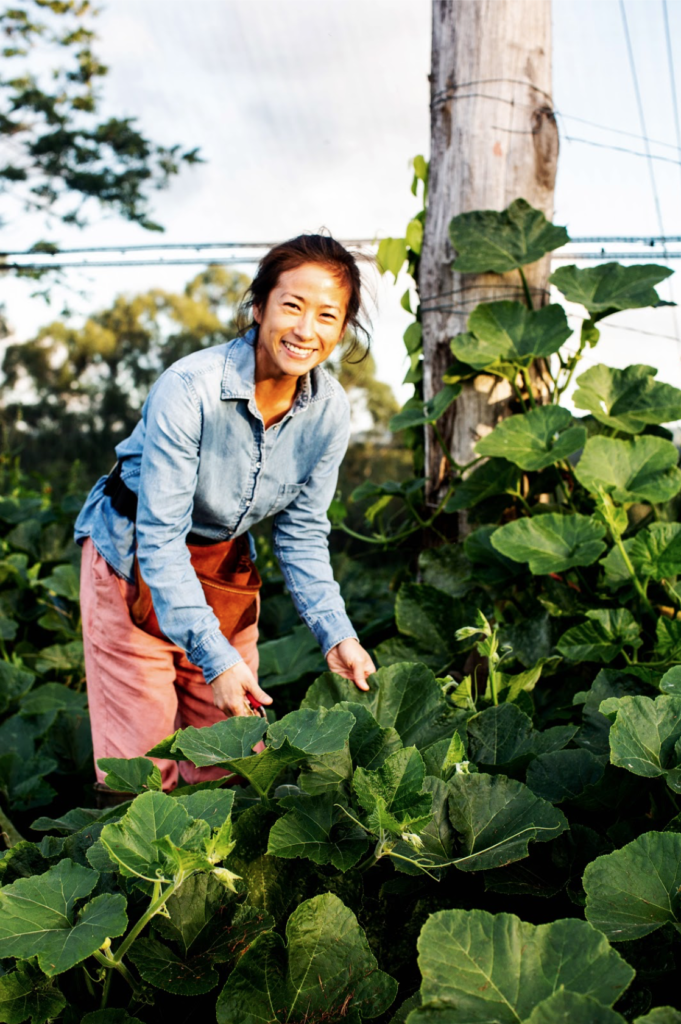 While her classmates hit the playground after school, seven-year-old Palisa Anderson would race home every afternoon to tend to the chrysanthemum she had given to her mother. The plant came to life and flowered. “I would talk to it,” says Anderson.

Anderson’s love of plants translated into Boon Luck Farm, a coastal enclave near Byron Bay, about a seven-hour drive north of Sydney, that is connected to her family’s chain of Thai restaurants. But Anderson isn’t your typical rural Australian farmer. The daughter of Thai immigrants, she grew up in an apartment in a Sydney suburb before setting off for London and then returning home almost a decade ago to join the family business, a chain of cafés across Sydney, beginning with the now-iconic Chat Thai. Launched by Anderson’s mother, Amy, in 1989, Chat Thai stands out among a crowded field of Thai players in Sydney. The Anderson family’s restaurants are acclaimed for their authenticity and complexity. The New York Times has called Boon Cafe “iconoclastic,” and much of that has to do with the freshness of the ingredients.

“I’ve always been very connected to food and curious about how it comes to market,” says Anderson. “My mum and I would do a lot of farm tours to our suppliers to find out what they were doing to get us certain volumes of produce.” This curiosity advanced to the stage where a tropical-fruit grower convinced her to buy a vacant plot of land in the Byron shire in 2016.

Boon Luck Farm grows dozens of different fruits, vegetables and herbs. “And never just one variety of one thing!” says Anderson. Currently, the farm is growing chokos (also known as chayote), lots of varieties of pumpkins and eggplants, Asian favourites like gai lan and bok choy, carrots, ginger, fresh turmeric, turnips, peanuts, persimmons, jujubes, mulberries, Brazilian cherries, pandan and 30 kinds of citrus. These include Japanese sudachi limes, kaffir limes and Australian finger limes. There are also lesser known fruits, such as peanut butter fruit and miracle fruit, the latter of which is being trialed on cancer patients to help them regain their sense of taste. While many of the plants sound like exotic one-offs, they’re used extensively in Thai cooking.

Anderson is carving out a unique spot for herself in the Australian food landscape. Chefs, including the best in the country, come to her for high-quality ingredients like holy basil. She and her husband, Matt Anderson, sometimes open their farm gates to allow tours so that others can experience what Boon Luck Farm is working to do. “As consumers, we’re sold on the idea that good produce needs to look perfect, unblemished and uniform in size, shape and color,” she says. “Produce that is bred to be those things is often tasteless, with no nuances in texture and aroma.” She says farmers often fall into this trap because they have to meet the yields that supermarkets require and, in turn, are under pressure to grow certain varieties.

At the same time, she thinks localism is also a bit of a pipe dream in Australia. “We are losing growing land everywhere,” she says. “Farmers can’t afford to grow, and the ones who can are monocropping. The idea of small-scale farming is appealing, but few can make it a viable business solution. There needs to be a chain of small-scale farmers doing biodiverse growing.”

Boon Luck Farm is one such place and is also certified organic. Anderson grows a wide variety of crops — the subtropical region has an ideal climate for them. “The trees talk to each other,” she says. “The soil is supported by the mycelium, which supports the networks that feed these plants.”

In the quiet early mornings and at dusk, when the light falls on the trees, they respond. Everything is magnified. “You can really feel the vibrations,” she says.

When I moved away from central Washington in 2008 (where my closest big city was Portland OR) they were just starting to use vacant land that was part of a developed lot to grow food. Also they map fruit trees that hang over the sidewalk on lots with houses so the fruit can be used.

Popular
7 Smokable Plants You Can Grow That Aren’t MarijuanaBrian Barth
Is Agroforestry the Key to Hardier Row Crops?Shea Swenson
Goat Sex: Everything You Wanted to Know But Were Afraid to AskAndrew Amelinckx
6 Differences Between Llamas and AlpacasAndrew Amelinckx
Why Don’t We Eat Turkey Eggs?Dan Nosowitz
Explore Modern Farmer
Related
MTMF
How Seed Saving Is Repairing a Painful Past for Native AmericansLiz Susman Karp
MTMF
Q&A: Michael Foley, A Modern Advocate for Traditional FarmingJoan Bailey
MTMF
This Educator Teaches Pint-Sized Future Farmers to Love the LandSamantha Bratkon
MTMF
This Organic Mill is Helping Transform a Regional EconomyMadeleine Thomas
wpDiscuz
We use cookies on our website to give you the most relevant experience by remembering your preferences and repeat visits. By clicking “Accept”, you consent to the use of ALL the cookies.
Cookie settings ACCEPT
Privacy & Cookies Policy