This Self-Taught Farmer Wants to Spread Regenerative Agriculture Across Industries

Christine DeJesus has forged her own path through farming. 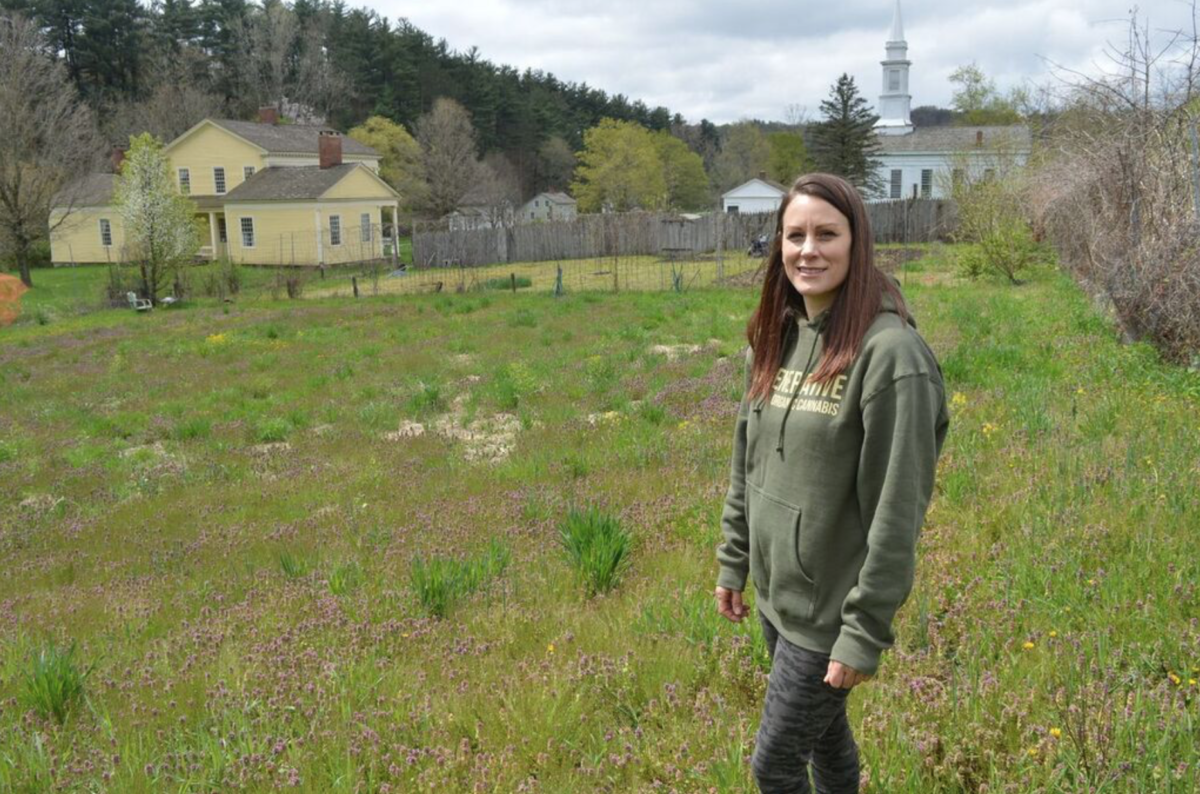 Christine DeJesus’s first true experience with gardening came in the unlikeliest of places: a brewery.

While serving at Great Lakes Brewing Company in the early 2000s, DeJesus began growing ornamental hops in a window planter as the Cleveland restaurant started dabbling in the farm-to-table movement. As she continued to grow, so, too, did her knowledge and skills. They took her from a window planter to a community garden to the fully established Pint Size Farm, a half-acre of land in Cuyahoga Valley National Park that now supplies pumpkins, squash, peppers, onions, beets, melons and a variety of other crops to the restaurant. In the process, DeJesus discovered that she was not just a farmer but also an activist, an educator and an environmentalist.

Aside from helping her grandmother in a tomato garden, DeJesus had little prior exposure to growing crops. “I learned a lot from her, but it was Miracle-Gro and Roundup style,” says DeJesus.

The Cleveland native wanted something different. DeJesus began reading about organic growing and “exploring the small-farm dream,” she says, learning the importance of rebuilding soil through regenerative agriculture.

The ability to grow rich, nutritious food while restoring the environment struck her. Though farming had never been on her radar while she was bouncing between four different majors in college, her future suddenly became clear: This is what I want to do for a living, DeJesus thought.

In 2007, Great Lakes Brewing Company secured a bite-size piece of land in Hale Farm & Village, where the 19th century comes to life through reenactments and preserved buildings. It was the right place for DeJesus to take root. Though she only learned how to farm in the past decade, she deploys ancient growing techniques, using everything from hand tools to homemade organic pest sprays to spent grain for compost and companion planting.

As a self-taught farmer, DeJesus found that some of her lessons were hard earned. She took a major loss during her second year of growing, when someone stole all of her plump butternut squashes that were ready for harvest.

But even through the difficult times, DeJesus’s passion unlocked other unlikely avenues. She began working for the medical-marijuana campaign in Ohio, where she met patients with life-threatening ailments who were advocating for its legalization. The legislation was passed in 2016. The next year, the only state-approved cannabis career school east of the Mississippi River opened. It just happened to be five minutes from her home. “It was like destiny,” she says.

The school contacted her to teach a horticulture course, which she rewrote based on the soil food web and has since taught over a dozen times. “Whether it’s food or medicinal crops, healthy, living soil is the supreme foundation,” says DeJesus. “I wanted to teach how to farm with nature, not how to farm with chemicals.” 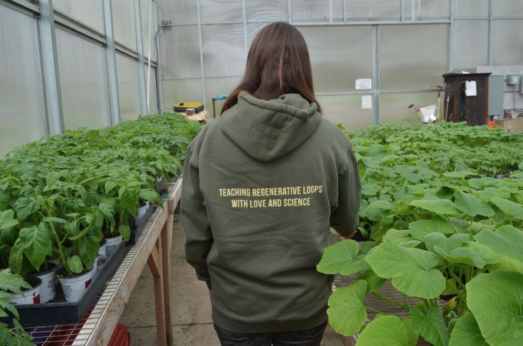 This March, DeJesus’s life pursuits converged. Galenas, a medical-marijuana cultivator in Akron, Ohio, with a focus on organic growing, recently hired DeJesus as its assistant director of cultivation.

Despite the challenges of farm life (harvests stolen, dozens of bee stings, an impossibly frustrating groundhog), DeJesus says she’ll miss spending time at Pint Size Farm when she steps back from her duties to work full-time at Galenas.

But mostly, DeJesus is excited to apply her regenerative farming skills to help people heal through cannabis, a crop that’s closely related to the ornamental hops that launched her future.

Popular
7 Smokable Plants You Can Grow That Aren’t MarijuanaBrian Barth
Alaskan Salmon Face a Stream of New MinesBecki Robins
Why Don’t We Eat Turkey Eggs?Dan Nosowitz
Holey Cow: The Wonderful World of a Fistulated CowAnna O†™Brien
6 Differences Between Llamas and AlpacasAndrew Amelinckx
Explore Modern Farmer
Related
MTMF
This Sydney Restaurateur Couldn’t Find the Thai Ingredients She Needed, So She...Aarti Betigeri
MTMF
How Seed Saving Is Repairing a Painful Past for Native AmericansLiz Susman Karp
MTMF
This Educator Teaches Pint-Sized Future Farmers to Love the LandSamantha Bratkon
MTMF
Q&A: Leidy Casimiro Rodriguez, Cuba’s Agroecology QueenBrian Barth
wpDiscuz
We use cookies on our website to give you the most relevant experience by remembering your preferences and repeat visits. By clicking “Accept”, you consent to the use of ALL the cookies.
Cookie settings ACCEPT
Privacy & Cookies Policy