Pokkali rice from Kerala may feed the country by surviving climate change. 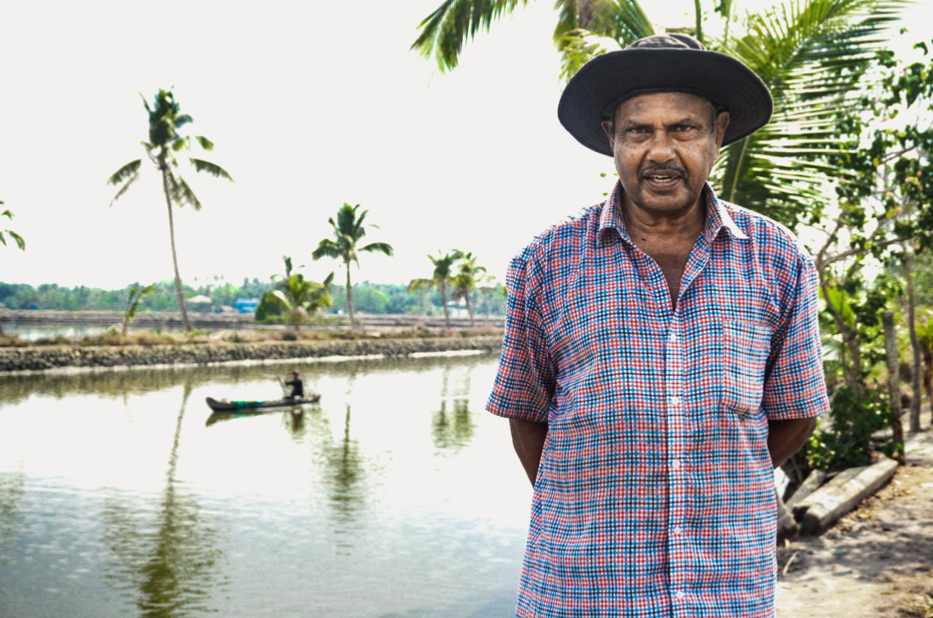 Last August, when Kerala, the southernmost state in India, faced the worst floods in history, E.D. Joseph and his farm survived the flood without any damage to his crops. “Never dominate,” says Joseph. “Instead, live in favour of nature. Then it never betrays.”

Four decades ago, there were more than 64,000 acres of Pokkali paddy fields cultivated. “I remember joining my parents on their farm after school,” says the 65-year-old, reminiscing about his childhood. “There were no mobile phones back then, so farm work was part of our childhood games.”

With the start of monsoon rains, the high salinity of the soil due to prawn cultivation is washed away, making the fields ready for Pokkali paddy cultivation and painting the landscape green. “Scales from prawns are the manure for Pokkali paddies,” says Joseph, divulging the secrets of growing paddy plants.

Once the monsoon rains end, the lush green paddy turns the brackish shade of prawn farms. These same Pokkali fields are made with a channel for the inflow of prawns from seawater during high tides. The leftover paddy stalks become food for the prawns. “Making farmers aware of this practice, which involves alternating paddy and prawn cultivation, is important to balance the ecosystem,” says Joseph. 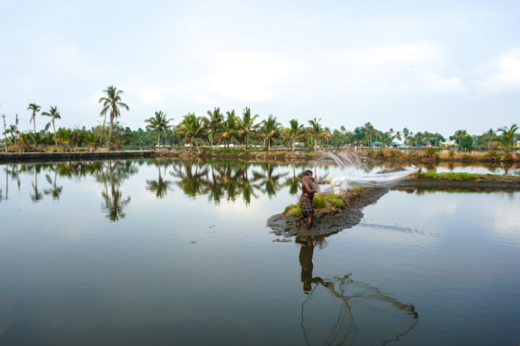 Because they’re the tallest paddy plants in the world, Pokkali paddies could be the answer to our future, as climate change and global warming contribute to increased sea levels. Scientists from the International Rice Research Institute are developing new varieties of paddy grains from Pokkali grains to cultivate in coastal areas. Their ability to tolerate salinity, soil acidity and submergence makes them a climate-adaptive agricultural practice.

The Pokkali paddy got a geographical indication tag in 2009, making it the very first product from the state to get the indication. “This farming technique is only practised in Central Kerala,” says Joseph. He is also conscious of promoting this culturally relevant farming practice through agritourism.

“As kids, harvesting was always a celebration for us, with local folk songs and dances,” recalls Joseph. “Now, we are joined by school students and village folks as well.”

It is not only rice for Joseph but also a lifestyle, tradition and culture. “My duty is to keep this traditional farming practice alive for future generations,” he says.