This Educator Teaches Pint-Sized Future Farmers to Love the Land

At the nonprofit farm Land’s Sake, the focus is balanced between crops and community involvement. 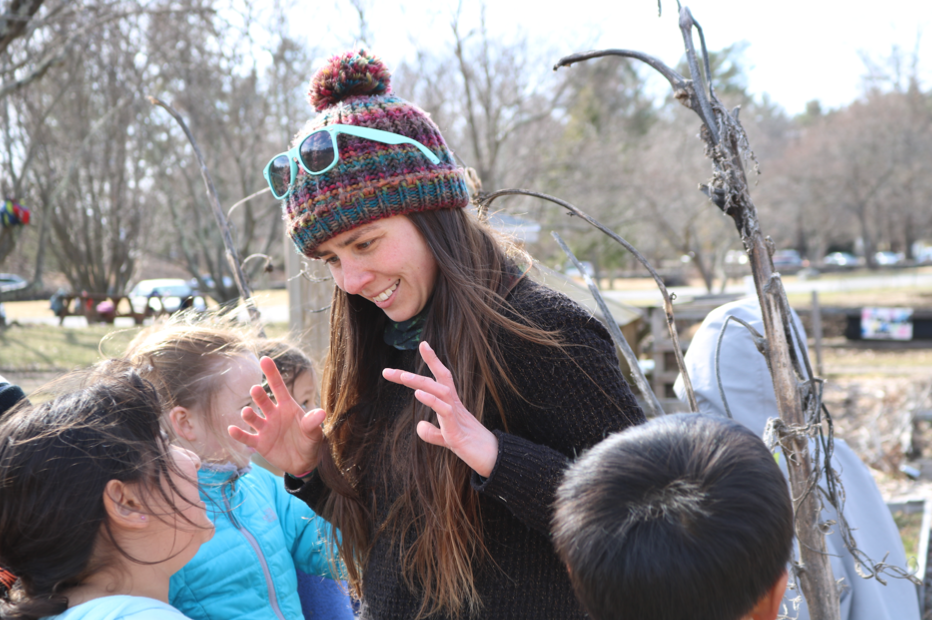 On a 20-degree morning in February, a group of 15 volunteers, both kids and adults, gathered at the nonprofit farm Land’s Sake to help tap maple trees and collect sap for making syrup. Volunteers learned how to drill holes into the maples to optimize sap flow while preserving the trees’ health. Children took turns poking through the tree bark, barely finished with one maple before dashing off to the next.

This is why Katie Metzger loves her job.

“It’s fun,” says Metzger, education manager at Land’s Sake in Weston, Massachusetts. Metzger’s personal life and work life complement each other nicely. She spent her most recent vacation visiting the farmland where she grew up. She has the passion and experience necessary to be both an educator and a farmer. Born in Ohio, Metzger moved to Massachusetts with her family when she was in the eighth grade. She studied ecology in Ecuador, earned her master’s degree in outdoor education and taught on a city farm in Scotland.

As a 501(c)(3) registered organization, Land’s Sake is on a mission to balance its dedication to food and resources with a commitment to the community. Farm funding comes from a variety of sources, including produce sales, educational program fees and outside sponsorships. Land’s Sake also has a year-round community-supported agriculture program. The farm focuses on sustainable growing practices while using the growing process to educate others. Throughout the year, the farm teaches 400 educational programs for both children and adults.

Metzger went to college to study environmental science and initially thought she would like to pursue a career in fieldwork. After graduation, she got a summer job as a camp counselor at Mass Audubon. “That kind of sealed it for me,” she says. “I didn’t know it at the time, but that kind of switched my whole career path. I just realized how much more fun it is to do all these outdoorsy sorts of things with kids.”

Six weeks after tapping the maple trees, on a slightly warming 36-degree morning in late March, Metzger huddles around the Bill McElwain Sugar House at Weston Middle School. Seventh graders excitedly ask her when it will be their turn to lead the next tour. The event, known as Sugaring Off, is a community gathering hosted yearly by Land’s Sake. Since their initial tree tapping in early February, Metzger’s students have been meeting after school to harvest the sap and guide it on its transition into syrup.

The sky is filled with smoke that billows out of the vents of the Sugar House and rises from the griddle, where pancakes are being flipped. The snow that once covered the roof of the house, like a layer of powdered sugar, has begun to drip off the edges as the sun rises higher in the sky.

Two weeks after Sugaring Off in early April, the farm’s growing season kicks off with the start of an eight-week educational program for grade-schoolers. Metzger’s personality is a mix of patience and excitement, and she answers questions from her first graders. She is glad to be joined by the farm’s newly hired education coordinator, Katherine Pater. Together, the two wrangle up the group of first, second and third graders, who are excited to be outside after a long winter of indoor play.