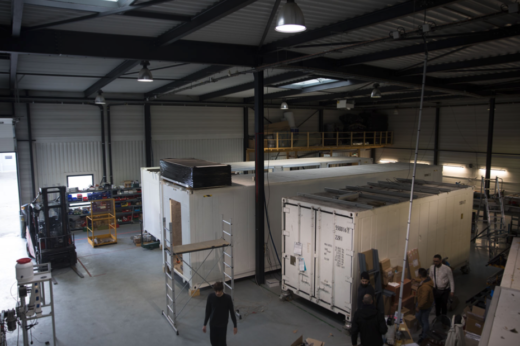 In terms of humidity, air quality and light, Agricool has created the perfect environment by growing strawberries in customized, reclaimed shipping containers. Every year, seven tons of strawberries are produced in each container. According to Agricool, these containers can yield 120 times as much as a field.

Agricool is a Parisian urban agriculture tech start-up that recently raised $28 million to scale its business: growing strawberries in reclaimed shipping containers in central Paris using vertical farming methods. Since the plants are cultivated using aeroponics — that is, by spraying a mist of water and nutrients on the plants’ exposed roots (as opposed to the plants growing in soil) — their process uses 90 percent less water than conventional agriculture. Pesticides aren’t needed because they grow in a controlled environment, and their carbon footprint is almost nonexistent because the transportation radius is less than 20 kilometers. Additionally, they claim to be 120 times more productive than traditional, soil-based agriculture, and their LED lights are powered by renewable energy. 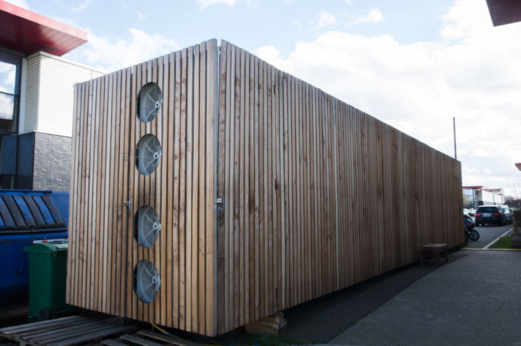 The final design of each shipping container looks modern, with its external shell covered by a wooden panel. One of the reasons why the company uses reclaimed containers is because they are weatherproof.

Founded in 2015 by Gonzague Gru and Guillaume Fourdinier — two friends who grew up on farms in the French countryside — Agricool’s principles are based on sustainability without compromising profitability. Furthermore, their business model can be imitated anywhere. Proof of their scalability is that they operate a strawberry container in Dubai. With their latest round of investments, they are planning to add about 100 containers to their current fleet by 2021. 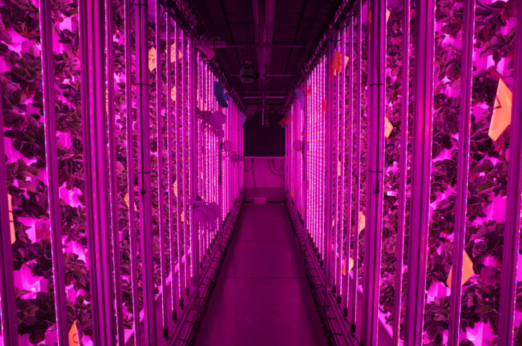 Vertical farming makes the most of available space. Also, the company designs and produces its own LED lights, which are tailored specifically to its needs. 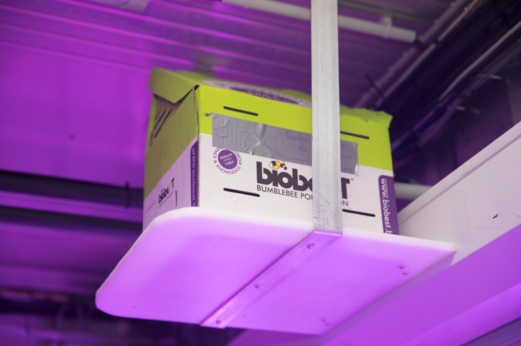 When the right time comes, colonies of bumblebees are brought into the shipping containers for pollination.

Their strawberries can be purchased at Monoprix supermarkets, as well as La Grande Epicerie de Paris, one of the city’s most exclusive food halls. 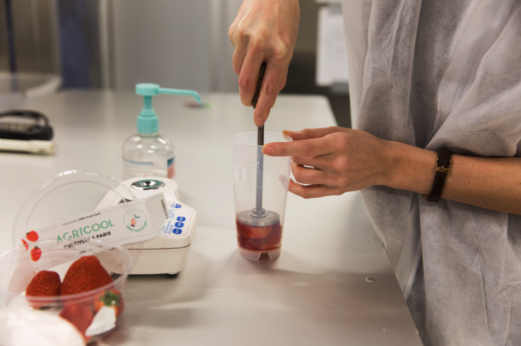 Lab tests are conducted to assess the sugar levels and nutrients of the fruit. According to Agricool’s own lab tests and external tests, their strawberries contain 30 percent more vitamins and 20 percent more sugar than conventional ones. 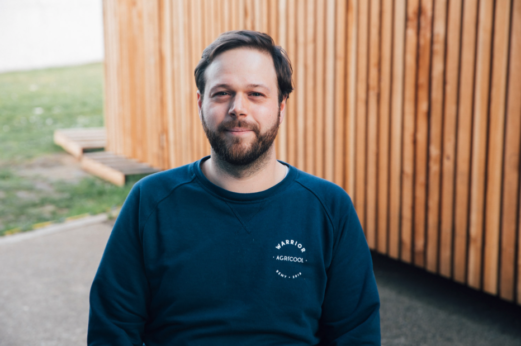 Remy Faury is an engineer who works on the research and development team at Agricool. The company’s R&D team makes up 70 percent of the company. 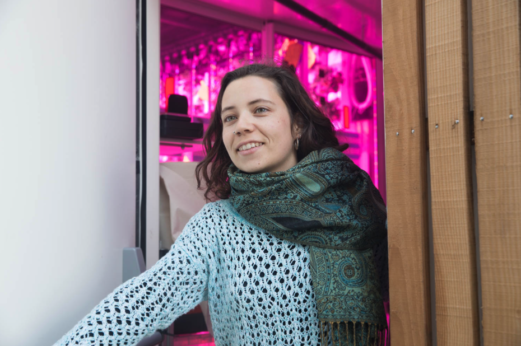 Maria Foncillas is a “cooltivatrice,” or an urban farmer, at Agricool. 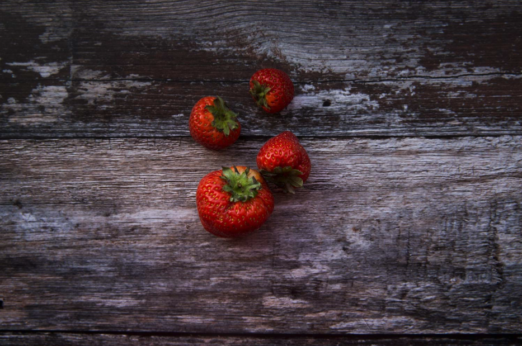 At Agricool, several varieties of strawberries are grown throughout the year. These ones, in particular, belong to the Magnum variety. The growing cycle of the fruit is two months from seed to harvest.

Good day, we are interested in this method of farming. Please let me know if you have this product in South Africa and if not, how do I go about building a Agricool Container.
Please advise.

These are the types of innovative applications that can easily inspire various industries to utilize mobile containers to advance productivity and reduce cost. The design is sleek and modern which is an added benefit to a property as an architectural statement. Amazing work all around, great article.

Good day, we are interested in this method of farming. Please let me know if you have this product in South Africa and if not, how do I go about building a Agricool Container.
Please advise.

Popular
7 Smokable Plants You Can Grow That Aren’t MarijuanaBrian Barth
Is Agroforestry the Key to Hardier Row Crops?Shea Swenson
Goat Sex: Everything You Wanted to Know But Were Afraid to AskAndrew Amelinckx
6 Differences Between Llamas and AlpacasAndrew Amelinckx
Why Don’t We Eat Turkey Eggs?Dan Nosowitz
Explore Modern Farmer
Related
How-To, Plants
Growing and Caring for Organic StrawberriesBrian Barth
Food & Drink
Trying To Avoid Pesticides In Your Food? Maybe Don’t Buy Those StrawberriesDan Nosowitz
Plants
Seven Crops to Plant in Late WinterBrian Barth
Recipes
This L.A. Bar Created 31 Cocktails That Are an Ode to SeedsKelly Magyarics
wpDiscuz
We use cookies on our website to give you the most relevant experience by remembering your preferences and repeat visits. By clicking “Accept”, you consent to the use of ALL the cookies.
Cookie settings ACCEPT
Privacy & Cookies Policy