Beth Foose has been an Episcopal priest for 27 years and a flower farmer for two. 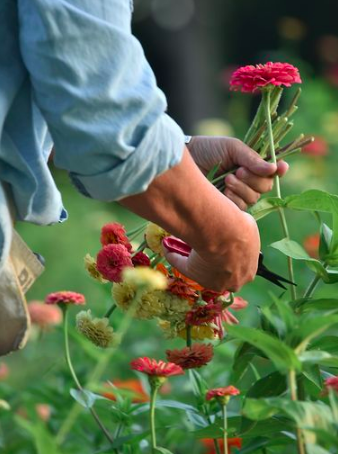 Beth Foose has been an Episcopal priest for 27 years and a flower farmer for two. But for the lifelong gardener, heaven and earth have always been connected. “I could not begin to do what I do in the parish if I didn’t have my hands in the dirt,” she says.

After purchasing 63 mostly wooded acres in southern Mississippi six years ago, Foose promptly cleared a space for a vegetable garden. She intended to start a small operation she could focus on when not at the church. But after one season, volunteer zinnias stubbornly popped up. It occurred to her that “there were a lot of people in the area growing vegetables but nobody selling fresh-cut flowers.” Maybe her dream could be realized with a flower rather than produce? 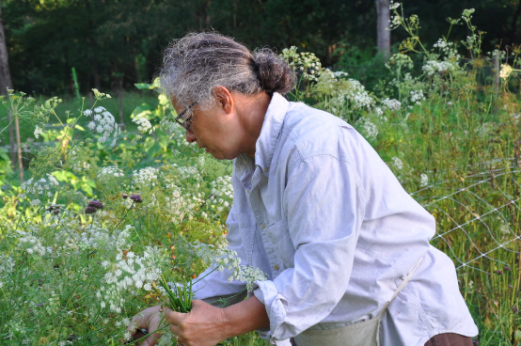 That winter, on a long drive back from Texas, Foose impulsively picked up a wildflower catalog at seed store stop. After a beat, she recalled it was issued by the same company as one her mother had left behind 10 years earlier, shortly before she passed. On it, her mother scrawled, “this is for Beth.” That’s when the notion solidified. “Something that seemed like a good idea became a calling,” Foose says.

Today, Little Bluestem Farm – named after a native grass that thrives on Foose’s land – is a bonafide two-year-old family business run by the 59-year-old, her husband, and her two daughters. Their core consumers are 50-some CSA members who pick up either posies, bouquets, or buckets of field-fresh blooms weekly from June through August. These are not assembly-line arrangements forced to grow in a greenhouse. Instead, they’re a freewheeling mix of pesticide-free zinnias, sunflowers, cosmos, and other native wildflowers that Foose grows on one intensively planted acre, and then pairs with pine branches and other greenery she plucks randomly from her farm. This aesthetic, and the absence of chemical-laden stems, piqued the interest of southern brides resulting in another, more lucrative arm of the business: weddings, which Foose’s daughter Mary Margaret, 27, is spearheading. 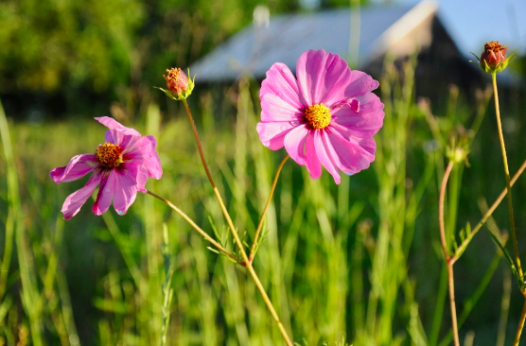 For Foose, responsible stewardship of the land is a no-brainer, despite growing up in a region where commodity cotton is king and pesticide drift is common. “I care very deeply about life,” she says. This is reflected in the 15 Pineywoods cattle who also call Little Bluestem home. These endangered, heritage-breed animals are used not for beef, but as natural lawnmowers – and they’re all named after strong, female NPR personalities, like Ofebia Quist Arcton and Cokie Roberts, and Supreme Court Justices, including Ruth Bader Ginsburg and Sonia Sotomayor.

The more personal reward of all the hard work a flower farm requires? “This is my faith,” Foose says, while sitting on her front porch and surveying the land. “Sometimes I feel like I have to explain to the parish why I have to do this. Most people don’t immediately make the connection. But this is where I see God.”