In the era of climate change, record-setting fires are the new norm - something farmers are learning to adapt to. 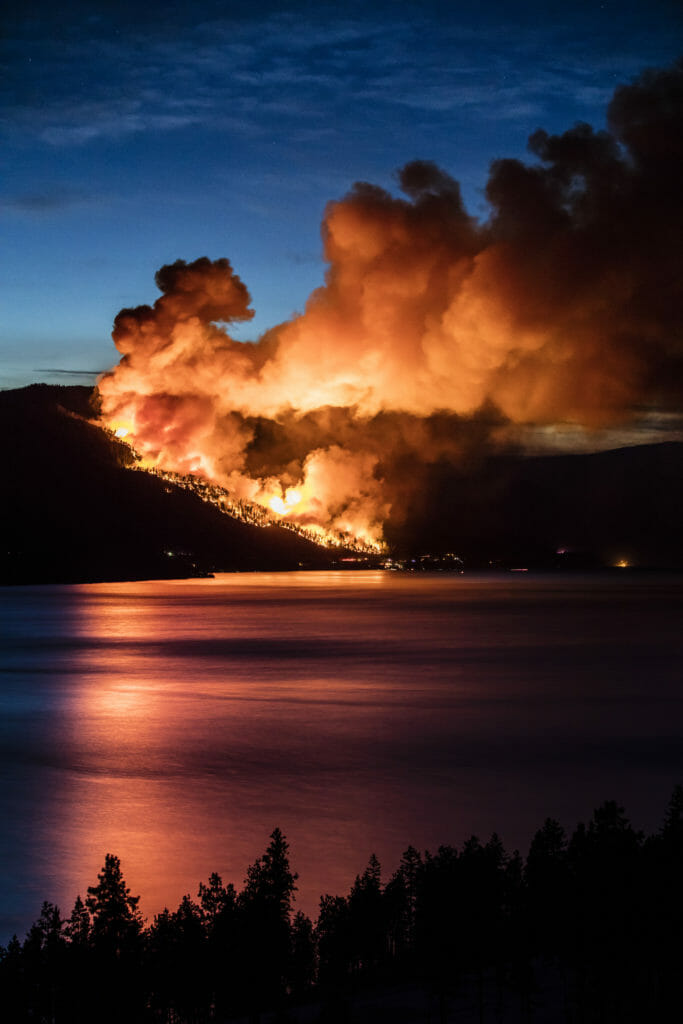 Katie Delbar is happy to report that she hasn’t found any burned cows – yet. But things are far from hunky-dory on her Northern California ranch. Since her land began burning in July, along with much of the adjoining national forest where she has a permit for her herd to roam, 35 of her 160 cattle are unaccounted for.

“We hope to find them alive,” says Delbar, who is also the executive director of the USDA’s Farm Service Agency office for Mendocino and Lake counties, where the largest recorded fire in California history – the Mendocino Complex fire – raged for half of this summer. “Our biggest concern at this point is that there’s not much out there for them to eat because it all burned.”

Delbar says it will be weeks if not months before the USDA compiles a comprehensive list of fire damage on Mendocino and Lake County farms, an area known for its vineyards, orchards and organic vegetable farms, in addition to a handful of large ranches. But she says early indications are that ranches, which typically consist of dry, hilly terrain, have had the worst of it, as most other farms are clustered in valleys that were kept safe by firebreaks, or in some cases by farmers’ own irrigation systems used as a last resort.

Many ranchers in the area, even if they didn’t lose any livestock, will have heavy financial losses this year because their grazing areas have been reduced to charred earth, says Delbar. “We’ll have to buy a lot of extra hay from now through the winter, plus there are fences and watering systems to rebuild.”

Emily MacNair, director of the B.C. Agriculture and Food Climate Action Initiative, says the situation is similar in her province, which is suffering through the worst fire season on record (the previous “record” was set last year). Other than ranch land, few farms have actually burned, she says, but that doesn’t mean that farmers aren’t impacted. MacNair offers a laundry list of secondary impacts, ranging from “smoke taint” making wine unsellable, to farmworkers being treated for respiratory problems as a result of laboring in smoky conditions.

“Fire is a part of life here in summer, but the number and size of fires recently is unprecedented,” says MacNair. Even if your land doesn’t burn, she adds, harvesting and shipping crops becomes a logistical nightmare when you don’t know whether you’re going to have to evacuate at a moment’s notice. “With more than 500 fires burning in British Columbia right now, the smoke is so thick in some places that it’s almost dark in the middle the day – that affects not only people, but the health of crops.”

Now that record-setting fires seem to be the new norm, MacNair is urging farmers to adapt. This spring, her organization published a wildfire preparedness guide for farmers and hosted workshops in the Okanagan Valley, one of the richest agricultural regions in Canada, to spread the word on how producers can protect their operations.

“The idea is to walk farmers through a process to make sure they’ve identified all the possible risks they can plan for ahead of a fire.” says MacNair. These range from the obvious – livestock evacuation plans and building firebreaks – to replacing the siding on outbuildings with fire-resistant cladding and installing special outdoor sprinkler systems around key infrastructure. “It’s far easier to plan ahead than to be scrambling at the last minute. The fires will likely only get worse, so it pays to invest in preparedness now.”

I had never thought before about how shipping food to other areas of the country can be affected by these wildfires. These issues are much more complex and more than just the people who are in the fire zone are suffering. As the fires have continued in 2019, I am curious what the longtime damage of these fires are throughout the country.