A Birthday Party for Julia Child 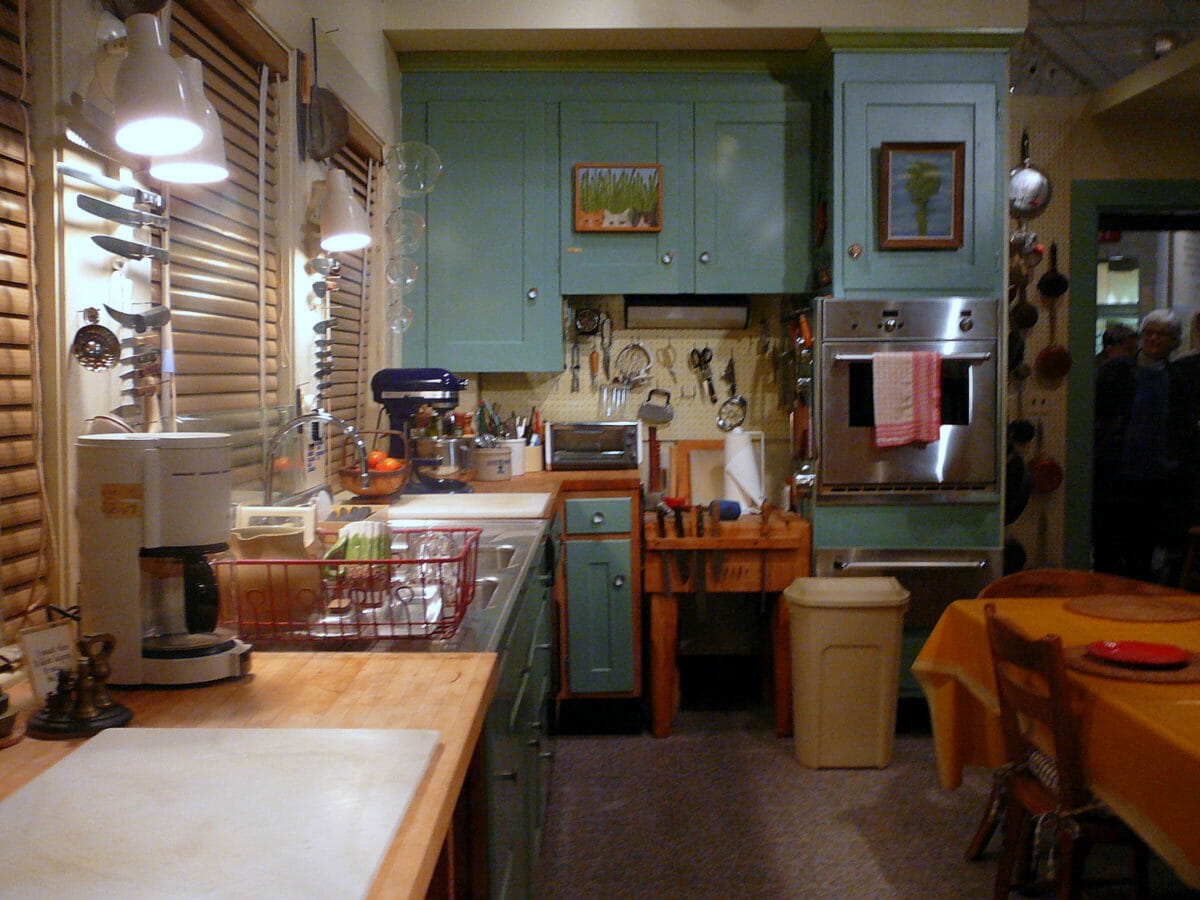 Julia Child's kitchen from her home in Cambridge, MA, which was designed by her husband, is now on display in the Smithsonian
Photography By F Deventhal / flickr.com
Share
Tweet
Pin
Email
168 Shares

For the past five years, the Cambridge restaurant Puritan & Company – located a short walk from where Child would shop for seafood and dine on lobster in Inman Square – has been hosting a dinner in honor of the Mastering the Art of French Cooking author at which local chefs, selected by Puritan & Company chef Will Gilson, offer up their own spins on dishes from that much-referenced text. This years’ was held on Wednesday, August 15, which would have been Child’s 106th birthday.

“You should have Julia Child’s birthday on the calendar as a holiday.”

“Everyone can put it on their calendar and look forward to it,” said Gilson. “You get President’s Day – you should have Julia Child’s birthday on the calendar as a holiday.”

Gilson’s first editions of Mastering‘s first and second volumes were on the bar underneath a picture of Child, greeting guests as they walked into the high-ceilinged space and toward communal tables where they’d dine on re-imaginations of Child’s dishes by Gilson, Cassie Piuma of the modern meze restaurant Sarma, Tony Messina of the nouvelle izakaya Uni, Nick Calias of the Back Bay French stalwart Brasserie Jo and the Colonnade Hotel, and Douglass Williams of the Italian spot MIDA, as well as Puritan’s pastry chef Rebekah Cote. The updates of French classics included Piuma’s take on French onion soup, which was ladled over a cheese katayif (a cream-filled dumpling) and given heat with zhug (a Yemenite hot sauce), Messina’s reworking of bouillabaisse into a showcase for perfectly poached halibut, and Calias’ flip of coq au vin into a roulade covered in a rich sauce and accompanied by a luscious slice of pork belly.

Williams took Child’s ethos of elevating the everyday to heart when he plotted his garlic mashed potatoes, which accompanied the coq au vin. “I saw garlic mashed potatoes and I almost turned the page,” recalled Williams. “But, in the ’50s, that shit was exploding brains everywhere, [even though] now, we think of it as the most generic thing possible. And I said, ‘What if I did a take on that? Everybody loves it. Why not have that?'” Williams scattered deep-fried garlic bits on top of the late Joel Robuchon’s potato purée (Chef Robuchon passed earlier this month, on August 6). “I thought it was all very fitting.”

Cote closed out the evening with a sumptuous torte inspired by Child’s recipe for Queen of Sheba Cake; the fudgy consistency took inspiration from the muggy summer, while the sumac was a hat-tip to the environs. “It grows like crazy here,” Cote said. “I have a hobby of foraging, and I thought it would be really fun – it’s not something I could normally bring in.”

Having guests seated at communal tables and pouring wine for each other from carafes helped spark a festive atmosphere that persisted until the last plate was cleared. “When we started to figure out a way to make this very convivial and fun and just get everybody involved with just breaking bread around a table, it kind of took shape,” said Gilson. “What this dinner should really be all about is celebrating the type of person that Julia Child was – being a little gluttonous and having fun.”