A New Weapon in the Battle Against Public Urination: The Pee Planter - Modern Farmer
Lifestyle

A New Weapon in the Battle Against Public Urination: The Pee Planter

Composting toilets are great for the soil, but could they also help put an end to public urination? 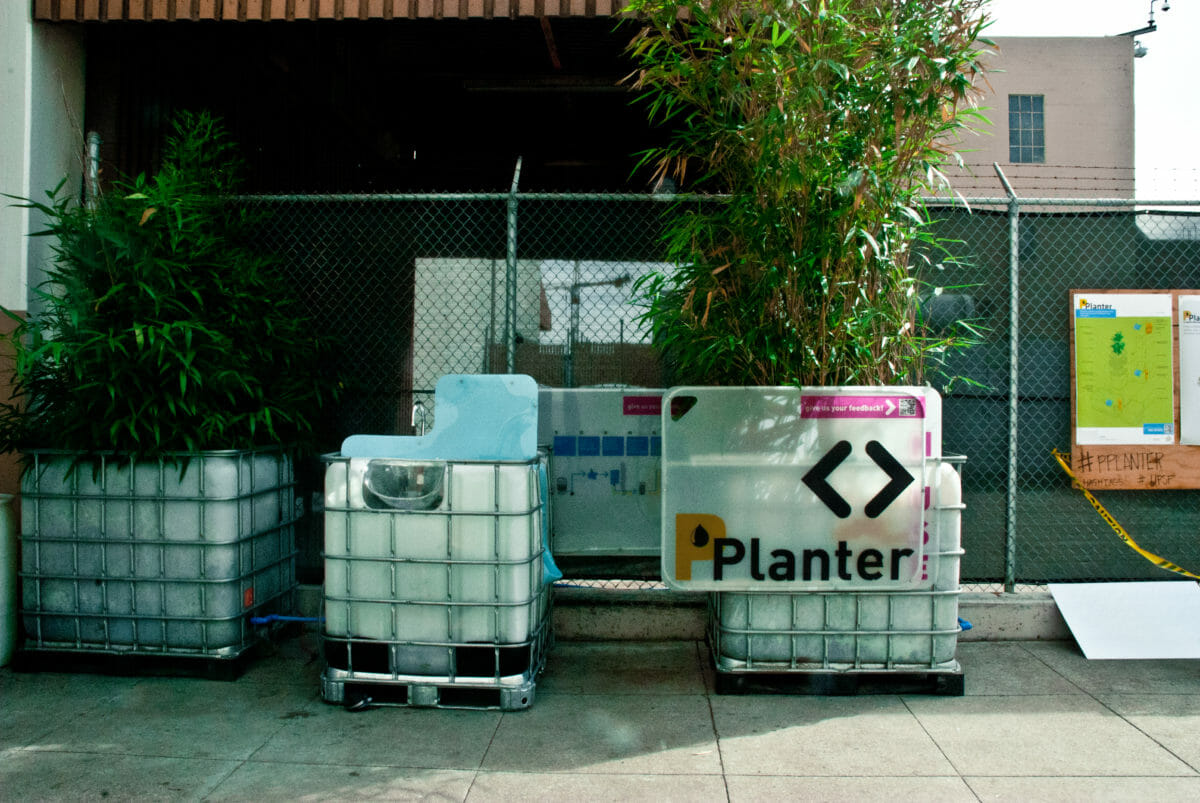 We’ve taken a deep dive into the subject of humanure, and have discussed the merits of mass-scale urine collection for use as liquid fertilizer (it’s high in nitrogen, phosphorus, and potassium – three of the most important plant nutrients). We’ve even investigated the potential for turning urine into beer. Which is why we were pleased to discover a new movement on the toilet-to-farm front: public urinals that collect pee and return the nutrients to the soil.

In our opinion, that alone is a good enough reason to install more public urinals, but the municipalities working on this have another angle in mind, as well. It’s not just male dogs that like to pee on telephone poles and fire hydrants – male humans are prone to similar behavior. Streetside urination is such an epidemic in some cities that simply installing port-a-potties in crowded public places hasn’t solved the problem. The composting pee planters and other such urinals below will hopefully have more of an allure for drunken dudes who just need to let it rip.

Parisians have a name for those who violate city bylaws by urinating wherever they feel like it: les pipis sauvages. The city has tried everything to stanch the epidemic, including an “incivility brigade” of 1,900 officers whose sole job is to write tickets for rude behavior in the street, whether littering or peeing. According to the New York Times, this wasn’t enough, leaving plenty of work for the “sanitation brigade,” which is in charge of hosing down and scrubbing the city’s 1,800 miles of sidewalks, in an effort to keep the smell down.

So the Paris municipal government has turned to Faltazzi, an industrial design firm, and begun installing its Uritorittoir toilets at some of the most pee-drenched locations in the city. (“Uritorittoir” is a mashup of the French words for urinal and pavement.) With its sleek modernist design and a bed of flowers on top, it’s as much a PSA for responsible urination as it is a practical option for men who can’t hold it. Apparently, privacy was not a concern of the designers, as there are no walls (obviously it’s not a concern of the target users, either).

The basin at the bottom is full of straw to absorb the urine and control odor. A built-in sensor determines when the unit is full and pings a city worker to come empty it. Then the wet straw is amassed in giant compost piles before being returned as a soil amendment in city parks. The firm also offers a less expensive option – L’Uritinnoir, which is essentially a funnel stuck into a strawbale – as an eco-friendly port-a-pottie for outdoor music festivals or farm parties. They retail for 20 euros each. 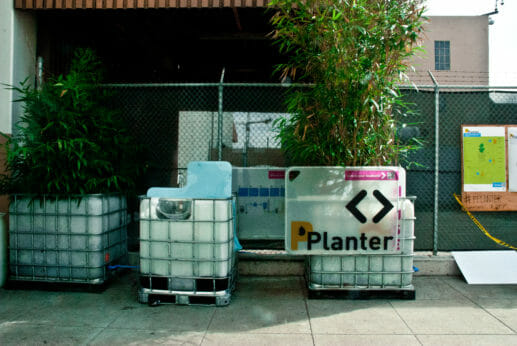 The PPlanter provides a bit more coverage, making it a more feasible option for women, too. Photo from Anastasia Victor on Flickr.com

The Hyphae Design Laboratory created this composting urinal, which was recently piloted in San Francisco’s Tenderloin district. Unlike the French model, it also includes a sink: after going pee, you press a foot pedal which siphons water out of an adjacent tank to wash your hands. The hand-washing water then flows into the urinal to “flush” it into a second tank, which is filled with special bio-filtration medium and planted with bamboo.

Unlike the Uritroittoir, the PPlanter comes with disposable funnels that adapt the urinal for use by women – the design offers slightly more privacy than the Paris model via a waist level partition that conceals your private parts. 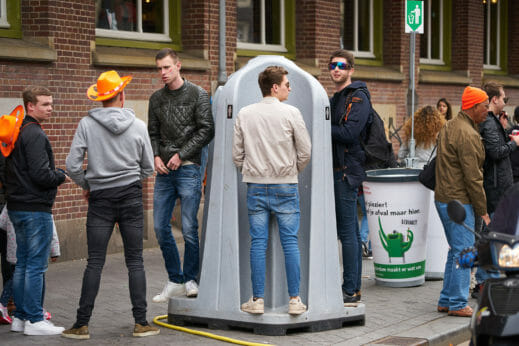 Amsterdam is liberal in many different ways. Photo by Vladimir Zhoga / shutterstock.com

Apparently, any city liberal enough to install eco-urinals is also liberal enough to not expect people to want much privacy while they pee. The city of Amsterdam is a prime example. These plein air potties, installed by Waternet, the local sewage utility, are tied to a system that extracts the phosphorus and turns it into fertilizer for sale to local farms.

And city leaders have even grander plans in the works: adapting the technology to municipal sewage treatment plant to convert urine to fertilizer on a large scale. Authorities estimate that the citizens of Amsterdam produce enough pee to fertilize 10,000 football fields worth of cropland.