For many farmers, it's too costly to harvest food to donate, but many food banks would love to receive more fresh produce. A new bill addresses this issue. 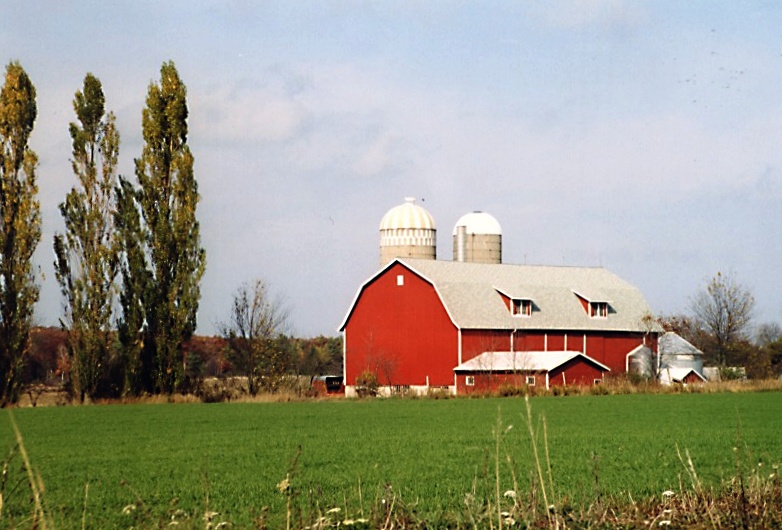 Wisconsin may be known for their dairy, but it’s one of the top producers of potatoes, sweet corn, green beans, peas, carrots and cucumbers in the U.S. Representative Scott Krug, a Republican from Nekoosa, WI, which is located in the central Wisconsin, one of the state’s premier vegetable-growing areas, authored the bill.

“Many of my growers in the area have excess crops after they meet their production contracts. They do deliver a good amount to food banks already, but even then, more is left on the field because it gets to be costly to run the machines and keep labor on,” explained Krug. “This idea came from what we were hearing from food bank partners – their need for more produce – and our farmers’ willingness to donate more if it didn’t overly hurt their bottom line.”

This kind of food waste is called “walk-bys,” since the farmer walks by the field rather than harvests it. Nationally, an estimated 20.2 billion pounds of produce never reaches the supply chain for this reason, according to a 2016 report by the non-profit ReFed, which is focused on reducing food waste. Why? It’s never easy for farmers to match exactly how much they plant with a particular season’s market demand. In some cases, it may not be financially worthwhile to spend the time and money to harvest everything that was planted. There are even aesthetic reasons – perfectly edible produce that happens to be a wonky color or shape may not make the cut and gets left in the field.

Case in point: Paul Miller, a farmer from the Madison area, has been donating extra carrots to local food banks for nearly a decade. He tells the Star Tribune newspaper that it costs him “several thousand dollars” to harvest and transport the donated vegetables every year.

Krug believes his bill will make it easier and more economically viable for farmers to get some of that produce into the hands of food banks and the mouths of folks who need it most. There are more than 630,000 Wisconsinites dealing with food insecurity, about 11 percent of the population, (based on 2015 numbers), according to Feeding America, a national hunger relief organization.

The “Harvest for Hope” legislation, AKA Assembly Bill 577, would provide up to $250,000 a year to pay for the harvesting, packaging, and transportation of donated crops from farms and food processors. A statewide network of food banks would oversee the four-year pilot program.

WISCAP, an association of Wisconsin’s 16 anti-poverty community action agencies, supports the bill, saying it “just makes sense” since it would increase the amount of healthy local food for low-income families and provide payments to Wisconsin farmers and food processors for donating “quality surplus food.”

Two other Midwestern states, Minnesota and Ohio, already have similar laws on the books. In Ohio, the Agricultural Clearance Program (which began in 1999) played a part in distributing more than 52.7 million pounds of food to those in need in 2016.

Minnesota’s program, “Farm to Food Shelf,” began in 2014. The next year saw more than 6.7 million pounds of fresh fruit and vegetables pour into the state’s food banks. There were a few challenges, mostly having to do with the ability of food banks to deal with cold storage and redistribution of perishable produce, according to a 2016 Yale study on the program.

Krug’s bill has gotten through the Assembly committee and is awaiting a public hearing in the state senate sometime this month (an exact date has not yet been set). After that it would take a final floor vote in both houses and then the governor’s signature. “I do expect this bill to become law this session and am very hopeful that other states take a look at this idea as a way to lessen hunger and reduce food waste,” says Krug.

Popular
Farmers’ Battle Against, and Now For, MilkweedJennifer Taylor
7 Smokable Plants You Can Grow That Aren’t MarijuanaBrian Barth
How to (Actually) Get Rid of Fruit FliesEmily Baron Cadloff
How Do You Attract Rare Birds and Bees to Your Garden? Add...Shea Swenson
6 Differences Between Llamas and AlpacasAndrew Amelinckx
Explore Modern Farmer

Related
Plants
How Do You Attract Rare Birds and Bees to Your Garden? Add...Shea Swenson
Labor
California Farmworkers Embark on 335-Mile March for Voting RightsShea Swenson
Technology
Biden Aims to Bring More Farmers OnlineShea Swenson
Plants
Cultivating Crops, No Sun RequiredShea Swenson
wpDiscuz
We use cookies on our website to give you the most relevant experience by remembering your preferences and repeat visits. By clicking “Accept”, you consent to the use of ALL the cookies.
Cookie settings ACCEPT
Privacy & Cookies Policy