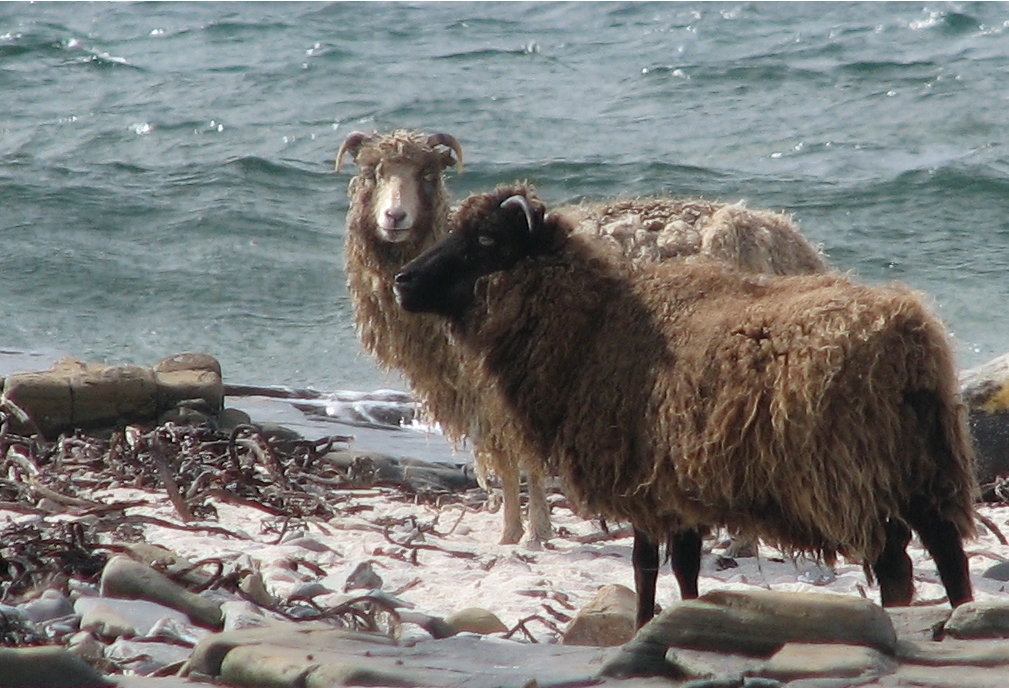 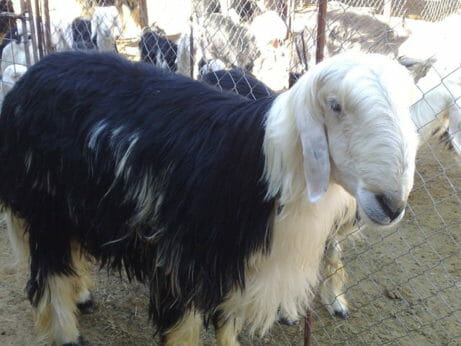 The Nadji hails from Saudi Arabia and is a multi-purpose breed used for meat, milk, and wool. These animals are tall, hardy, and have long silky hair and drooping ears. They’re typically black, with white faces and legs. 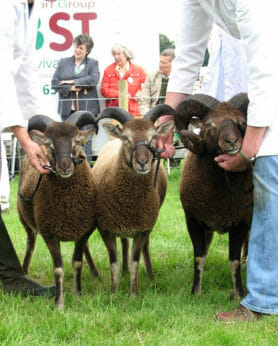 This Scottish breed was developed by Sir Jock Buchanan-Jardine in the early 20th century from several native breeds. On the shorter side, these animals produce a fine brown wool and are also prized for their meat. The ewes produce lively lambs late into life and are protective mothers. 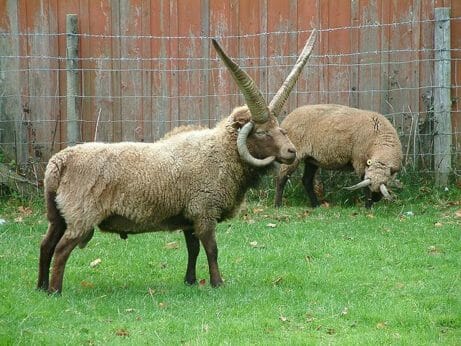 The Manx Loaghtan is an ancient breed originating from prehistoric sheep from northwest Europe. Recognizable by its distinctive four horns (sometimes six), this breed grazed the Isle of Man for centuries before nearly disappearing for good if not for a handful of dedicated enthusiasts who brought them back from the brink. These are great meat and wool animals with a rich brown fleece. 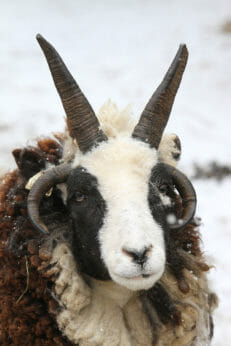 Another four-horned breed, the Jacob sheep is a black and white spotted creature with a medium-fine fleece from England (although there’s speculation they originated in what is today Syria). Unlike other ancient breeds, the Jacob doesn’t have a thick, coarse outer coat, so their wool is great for handspinning into yarn. They’re also produce a lean, flavorful meat and are a great option for breeding stock. 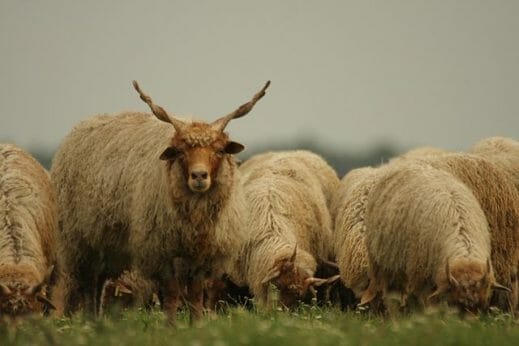 The Racka‘s most distinctive feature is its long, spiral horns, but this native of Hungary has much more to offer. They’re raised for meat, milk, and wool. Hardy yet gentle, the Racka is often crossbred because of their ability to pass these traits onto their offspring. Their wool is generally soft and crimped, which is also useful for hand-spinning. 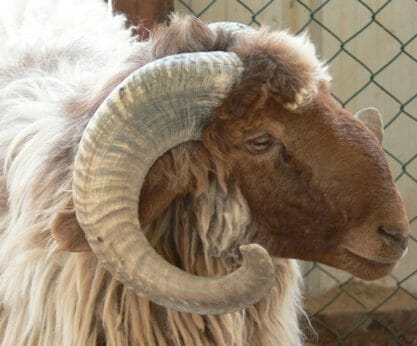 A Middle Eastern breed, the Awassi is a champion milker, able to produce up to eight times the amount of most commercial breeds in the U.S. It has a brown face and legs and a long willowy white or brown fleece often used for making rugs. They’re gentle around people and are great foragers making them great for a grazing-production setup. 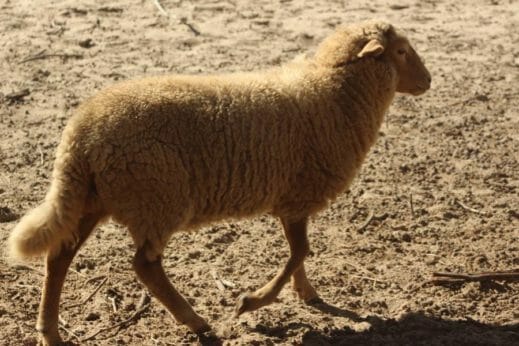 One of the oldest breeds in the United States, these sheep with a funny name developed from the original sheep brought by Spanish explorers in the 1500s. It’s named for the first non-native settlers in Florida – Florida Crackers – who raised these animals. While small, these sheep are hardy, heat tolerant, able to subsist on poor forage, and show resistance to the kinds of internal parasites that plague other sheep breeds. They’re good for milking, meat and wool. 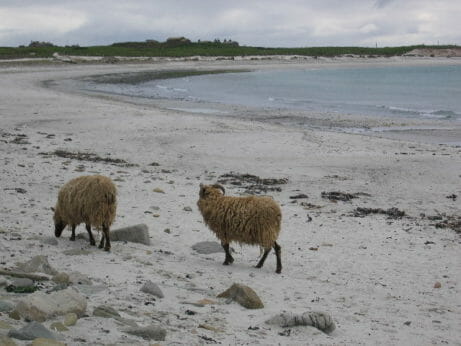 A native of the Orkney Islands off the coast of Scotland, these small slender sheep spend most of their time living on the windswept beaches eating seaweed. They’re celebrated for their and are also good wool producers. 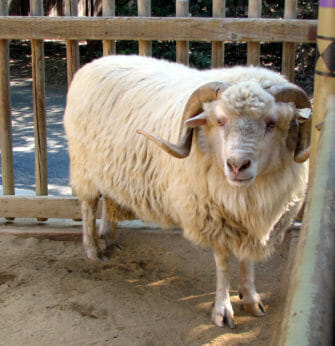 The Navajo Churro was America’s first domestic sheep breed brought to the U.S. by Spanish explorers in the 1500s. This small, rugged breed was nearly wiped out by the U.S. government in its effort to subjugate the Navajo people who relied on the animals. The breed is raised for both meat and wool. The thick fleece comes in several colors, including white, silver, blue, brown, red, and black and is most often used for weaving rugs. 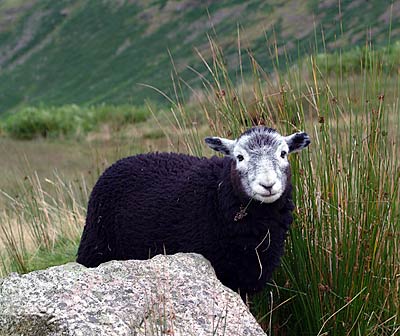 Hailing from England’s Lake District, this very old and hardy breed has been inhabiting some of England’s highest mountains since the 12th century. The lambs are born with a black coat that gives way to white at the head, and it will eventually become gray after its first shearing. They’re a good meat breed and although their wool is coarser than that of many commercial breeds, it’s known for its durability.

Does anyone have information about geeps? Our male goat jumped the fence and went into our dorper ewes pen. Now we have two baby geeps. One male, one female. They are healthy. The male geep is approximately 2 months old with horns approximately 4 in long already. The baby female geep is colored like a Dorper Sheep, but the face is shaped as a goat. Appreciate any input. Thank you

Where may I find some of these sheep to purchase?

I’m interested in gathering several old types of sheep for my hand spinners’ flock. Where can I find places to purchase several different breeds .

What might a Barredge sheep be? Reference found in an English will of 1582.

How beautiful are these