What the Heck is a Christmas Pickle And Why Does It Exist? - Modern Farmer
Lifestyle

What the Heck is a Christmas Pickle And Why Does It Exist?

While the Midwestern Christmas pickle custom may seem odd, its origins are even weirder. 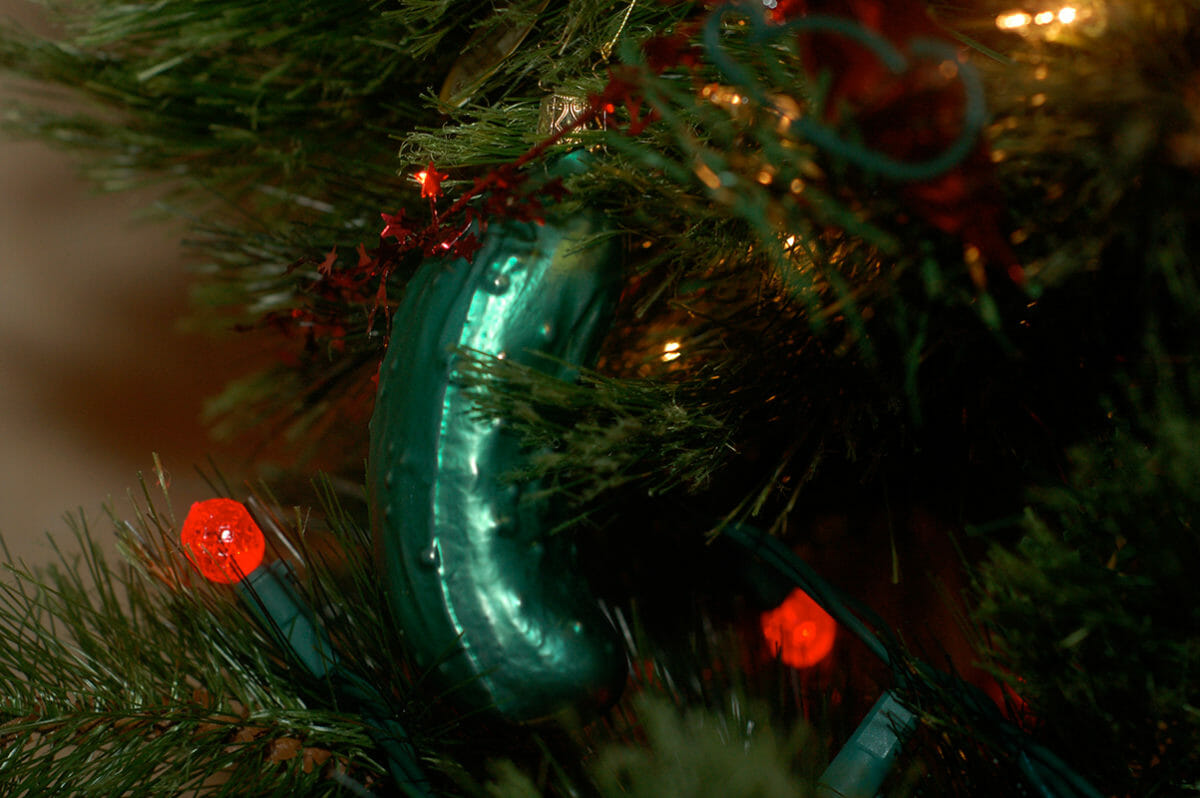 The first child to find the hidden pickle ornament is said to get extra luck in the upcoming year - and an extra present.
Photography Tricia on Flickr
Share
Tweet
Pin
Email
762 Shares

The Weihnachtsgurke, or Christmas pickle, is a tradition in which a glass ornament shaped like a dill pickle is the last to be hung on the tree on Christmas Eve. It’s hidden among the branches and the next morning the child who finds it is said to receive good luck for the coming year – and most usually get an extra gift, too.

While touted as a German tradition, it turns out that many Germans have never even heard of it. A poll last year found that of the more than 2,000 Germans questioned about the practice, more than 90 percent had never heard of it. It appears to be an American Midwestern phenomenon, though the German roots could make sense – more than 22 percent of the region’s present-day residents claim Germanic heritage.

The various origin stories of this custom are as strange as the practice itself. There’s the odd tale of St. Nicholas, the saint most closely associated with Santa Claus, bringing three boys back to life after they were murdered by an evil innkeeper and thrown into a pickling barrel.

Another version tells of a German-born Union Army soldier named John Lower who was taken prisoner in 1864 and housed at the infamous Andersonville prisoner-of-war camp in Georgia. As he lay dying from starvation and disease on Christmas Eve, he begged a Confederate guard for a pickle to eat as his last meal. The guard took pity on him and the pickle miraculously gave Lower the strength to survive through the end of the war in April 1865. After returning to his home in Pennsylvania, Lower commemorated the miracle of the pickle by placing a pickle-shaped ornament on his Christmas tree every year.

Perhaps the most likely version involves the F.W. Woolworth company. The original “five and dime,” and forerunner of today’s giant chain stores, Woolworth introduced mass marketing and merchandising to the U.S. The company began importing glass Christmas ornaments from Germany in the 1880s, including ornaments shaped like various fruits and vegetables. So maybe this odd tradition is just the result of good marketing. Search #christmaspickle on Instagram for some real world examples.