How Other Countries Celebrate Thanksgiving

America, it turns out, doesn't have a monopoly on Thanksgiving. From Liberia to Korea, many other countries have similarly-themed fall celebrations - with their own quirks, of course! 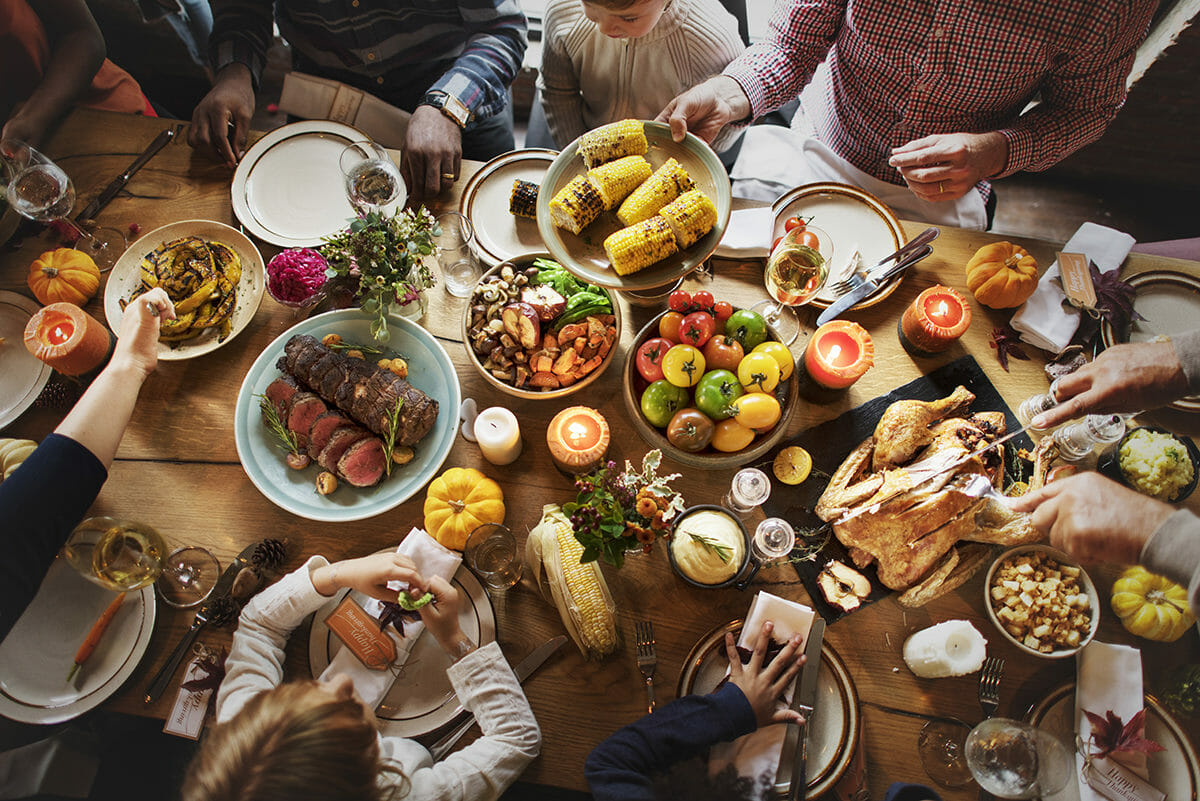 Thanksgiving isn't just an American concept - many other countries celebrate their version, with their own foods and traditions.
Photography By Rawpixel.com / Shutterstock.com
Share
Tweet
Pin
Email
207 Shares

Canadians don’t carry on about the Pilgrims at Plymouth Rock come fall, but they do gather with their families for turkey, cranberry sauce, and pumpkin pie. They have their own origin story for the holiday, and they celebrate it in early October, before the country is frozen over for winter, naturally. After my wife enlightened me, I began to wonder: could other countries celebrate Thanksgiving, too?

Actually, quite a few do. They might not call it Thanksgiving, and they might not roast a turkey, but it turns out that Americans don’t have a monopoly on the idea of gathering together to express their gratitude for the fall harvest.

Canadians celebrate Thanksgiving on the second Monday of October, the same day as Columbus Day in the United States. Americans are often shocked to learn that Canadians believe they invented the holiday, and the Americans are the ones who copied it. Canadians trace the holiday back to 1578 – more than 40 years before the Pilgrims arrived at Plymouth Rock – when the English explorer Martin Frobisher organized a feast on a frigid fall day in Newfoundland to celebrate his crew’s passage through the Northwest passage.

The Thanksgiving celebration in this tiny Caribbean country is directly linked with the United States. While it’s also called Thanksgiving, it’s celebrated on October 25th and has nothing to do with the autumn harvest. Rather, it celebrates the day in 1983 when American troops arrived to restore order during an attempted communist coup. Apparently, the troops introduced the Thanksgiving concept, suggesting that Grenadians celebrate the restoration of democracy with a grand feast, which eventually morphed into a national holiday.

In Europe, harvest festivals date back to pagan times. In modern Germany, however, the notion has found its way into religious culture: Erntedankfest (literally, harvest thanks festival) is celebrated with a special church service and quiet a lot of singing. Traditionally, a harvest queen and harvest king are crowned by the community and paraded through town in a grand procession (Erntedankfest is most widely celebrated in rural areas). The festivities are typically held on the first Sunday of October, though local communities may choose to celebrate it at any time during the harvest season.

Americans associate the Pilgrims with Great Britain, but many were actually Dutch. Some historians have argued that the original Thanksgiving may have been inspired by Drie Oktober, a holiday on the 3rd of October that commemorates a military victory in the city of Leiden, where many Pilgrims lived before immigrating to England. To this day, a major Thanksgiving celebration takes place in a Leiden church that the Pilgrims frequented, in honor of these hardy, idealistic settlers. The event is modeled loosely on American Thanksgiving (it was on the fourth Thursday of November), but is mostly celebrated in public venues, rather than in private homes.

National Thanksgiving Day, celebrated on the first Thursday of November in Liberia, also has an American connection. The country was founded in the 19th century by freed American slaves who imported the tradition. Though only a small percentage of the population identifies as Americo-Liberian today, the holiday persists – though with tropical African flavor. In place of turkey and mashed potatoes are roast chicken and mashed cassava. It’s always harvest season in the tropics, so in this case, Thanksgiving is viewed as a time celebrate the founding of the country.

In Asia, Thanksgiving celebrations have little to do with the United States. On November 23rd each year, the Japanese observe Kinro Kansha no Hi – Labor Thanksgiving Day – which traces its roots back to ancient harvest rituals. The idea is to celebrate not just food, but the hard labor that goes into producing it. In 1948, the holiday was formalized by country’s post-World War II government as celebration of labor rights more broadly, not just of those who produce food.

The Korean Thanksgiving equivalent, called Chuseok, which translates as “autumn eve,” is celebrated for three days on or near the autumn equinox – whenever the harvest moon appears each year – a tradition that has been alive in the region for millennia. One of the major Korean holidays, it is a time of gathering with family and, as in America, feasting until you can feast no more. Traditional Chuseok foods include rice balls flavored with sesame seeds and pine needles and Korean “pancakes” (which are basically deep-fried meat and vegetables), all washed down with a bit of rice liquor.