Shane Wolf manages three major beauty brands - and a 10-acre organic farm and rescue animal sanctuary in Bucks County, PA. You can take the boy off the farm...but not for long. 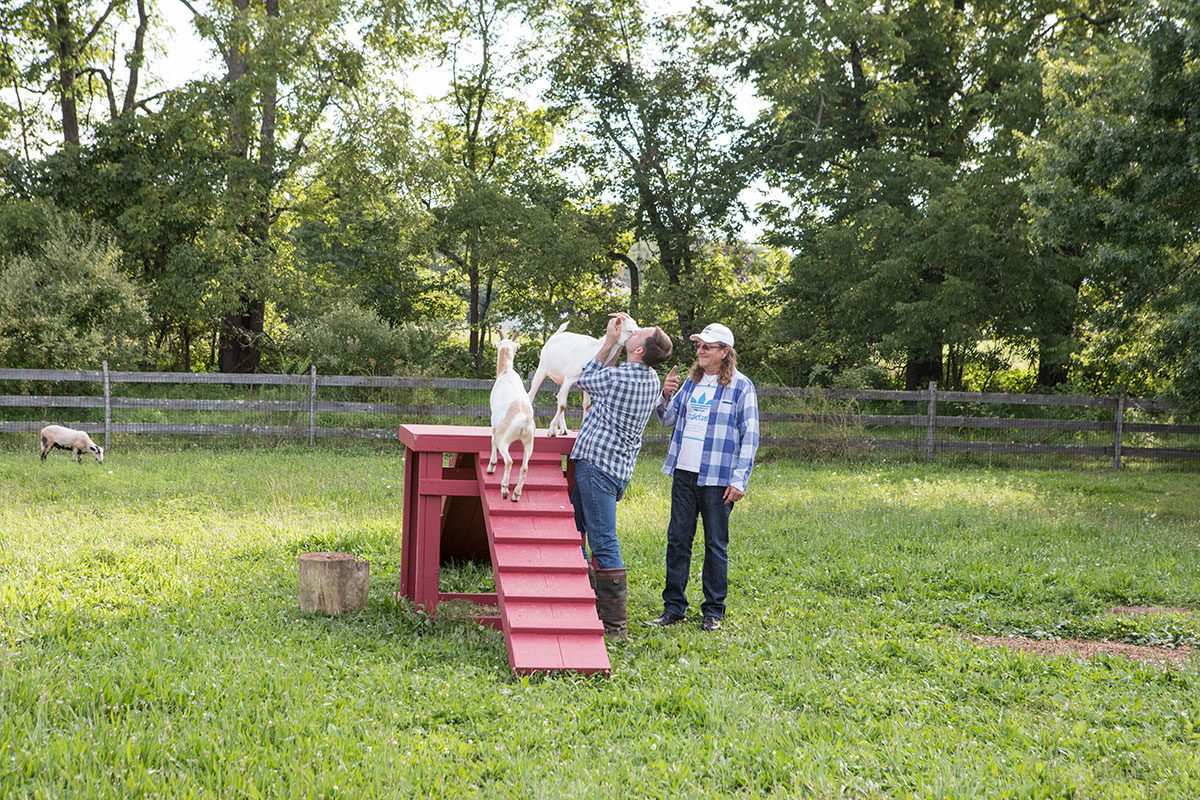 Welcome to the world of Shane Wolf, the global manager of Redken, Pureology, and Mizani – as well as the founder of Seed Phytonutrients, a forthcoming “farm-to-body” collection of plant-based body- and hair-care products. “I work really hard, and I work a lot, because I love what I do,” he says. And though he spends weekends in bucolic Bucks County, Pennsylvania, Wolf doesn’t exactly kick back. He and his husband, Michael ‘Shawn’ Ranspot, maintain an organic farm on 10 acres in Kintnersville. “When that gate opens and I drive onto the farm, I can physically feel myself change,” he says. 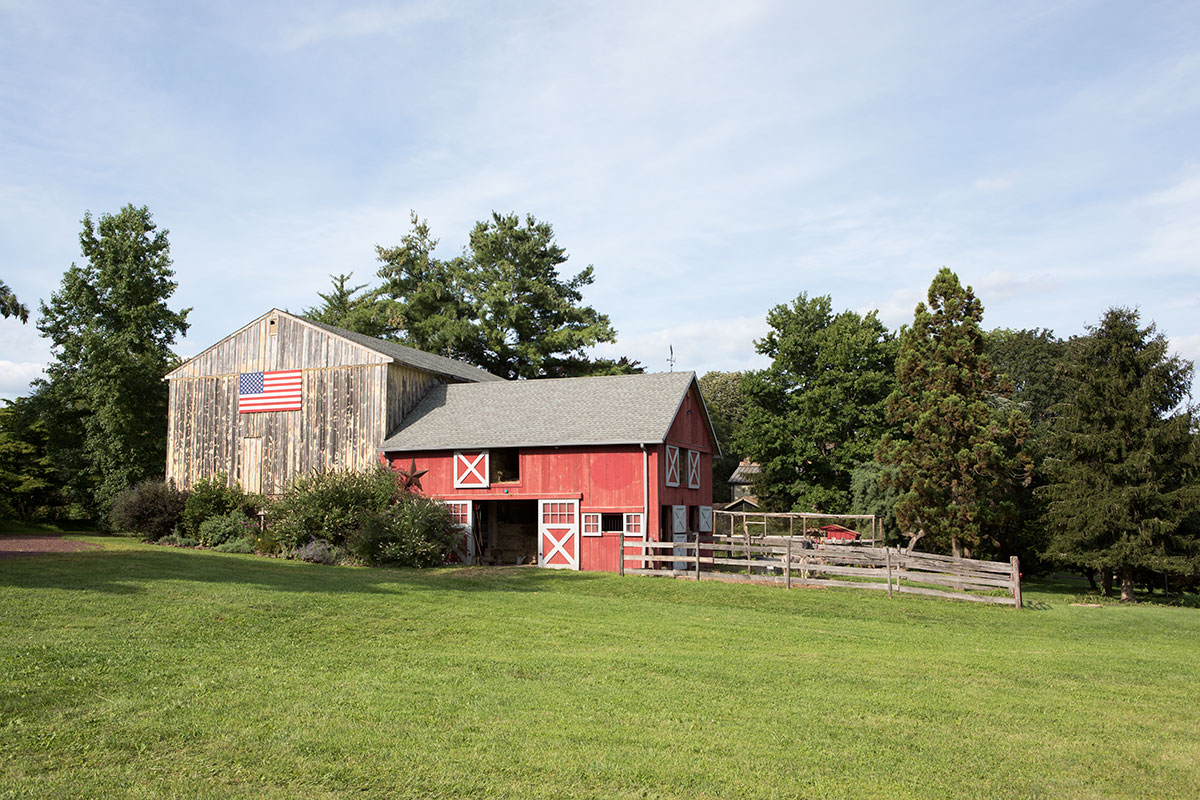 The couple purchased the property, originally a dairy operation, in 2013, and began gardening. Then, three years ago, Wolf, a former Kansas farmboy, decided to rescue a thoroughbred from the Last Chance Ranch in nearby Quakertown. “That was the beginning of the end for us,” he quips. “I stepped foot onto that ranch and saw this horse, and as we were loading him, I realized how many other ones were still standing there. And I just couldn’t… . So instead of one horse coming home, there were two.” 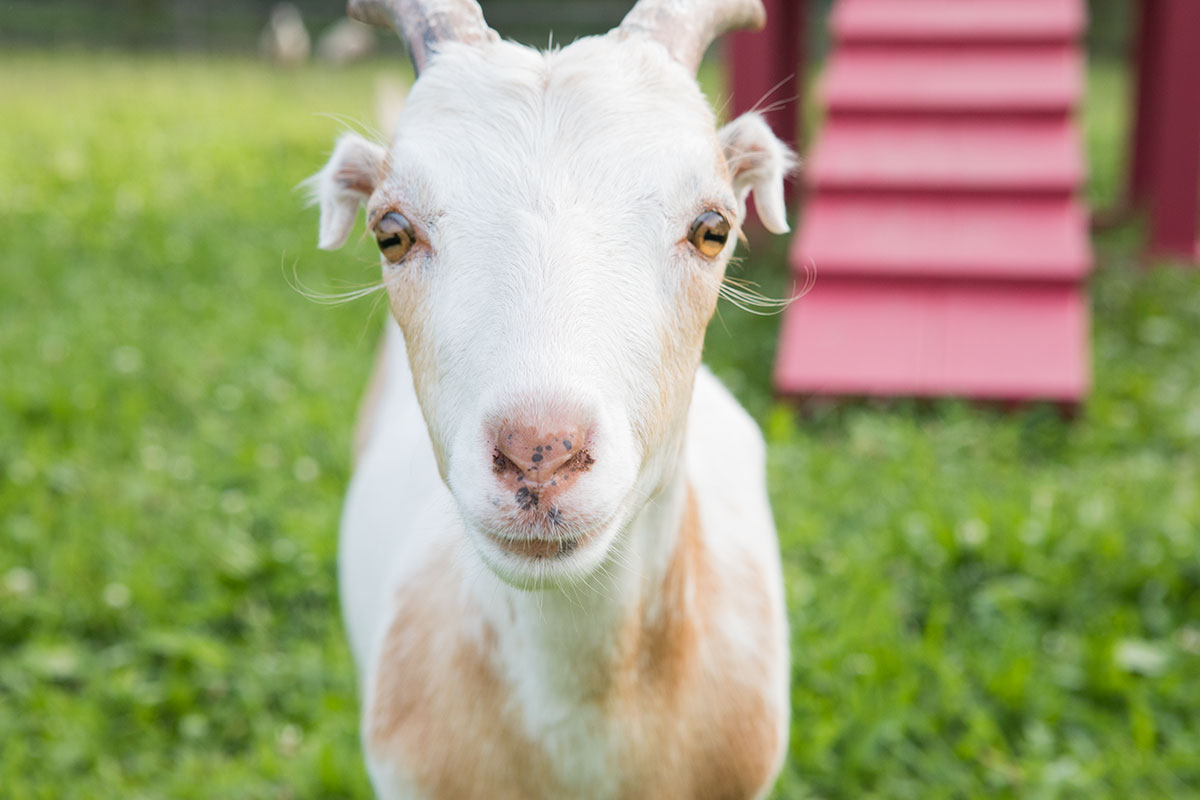 A resident of Shiloh Farm.

Today, the farm is home to three horses, two donkeys, two sheep, two goats, three barn cats, two dogs, and a coop full of Araucana and Ameraucana chickens. Wolf and Ranspot sell the flock’s eggs at an area farmers market, with the money going toward the animals’ care. It takes a lot of effort, Wolf says, but these critters – some of whom were neglected or abused – have earned a retirement of sorts. “They have given so much, especially the draft horses nobody wants anymore,” he explains. “When I get home from traveling, I go from one to the next and hug them all. It’s ridiculous, but I feel so fulfilled by it.” 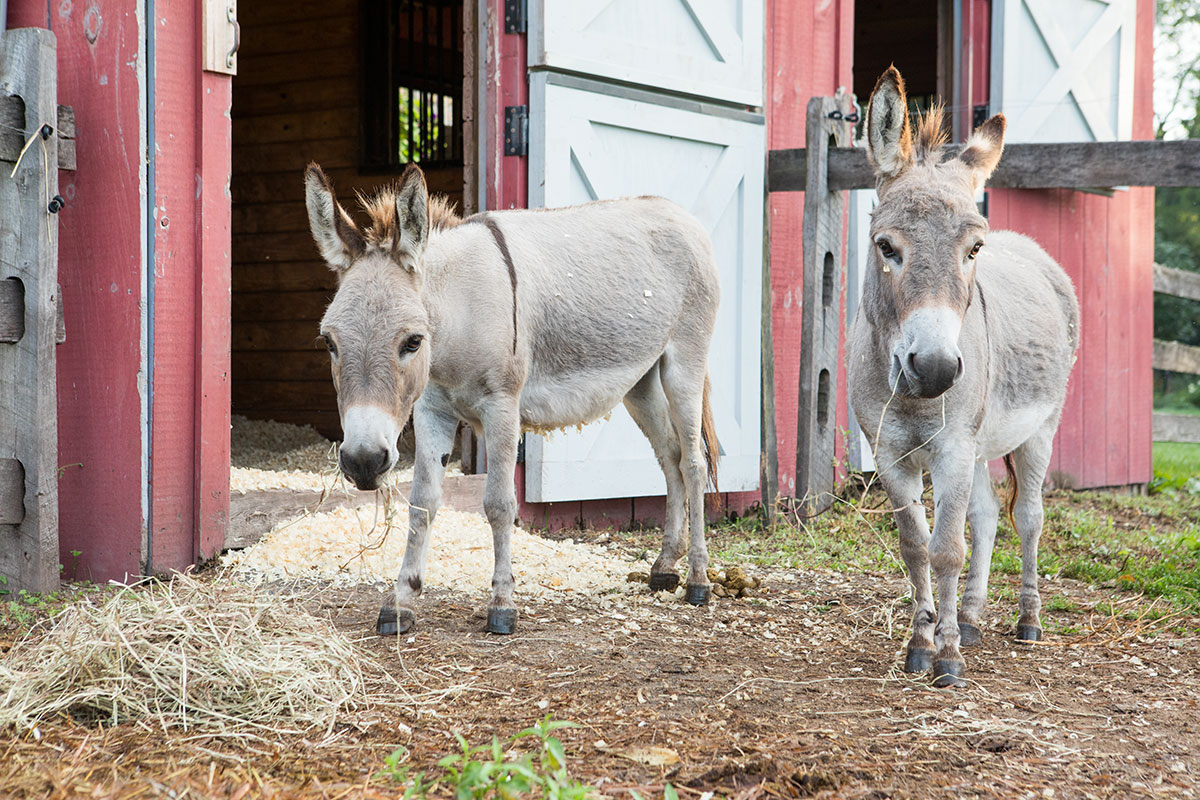 The experience has been deeply meaningful for Wolf, who began to fuse his love of the land with his background in beauty. “I’d been tossing around an idea for a natural brand for years, but the timing was never quite right,” he says. “I was also mixing up my own weird concoctions at the farm, and then I thought, ‘Wait, why isn’t something like this part of the L’Oréal group?'” Wolf answered that question for himself by successfully pitching his bosses on a new idea: Seed Phytonutrients, a collection of products derived from seeds grown by small, organic farms. From these raw ingredients to the formulations to the packaging, Seed aims to be not only the most sustainable brand within the L’Oréal stable, but throughout the entire industry. 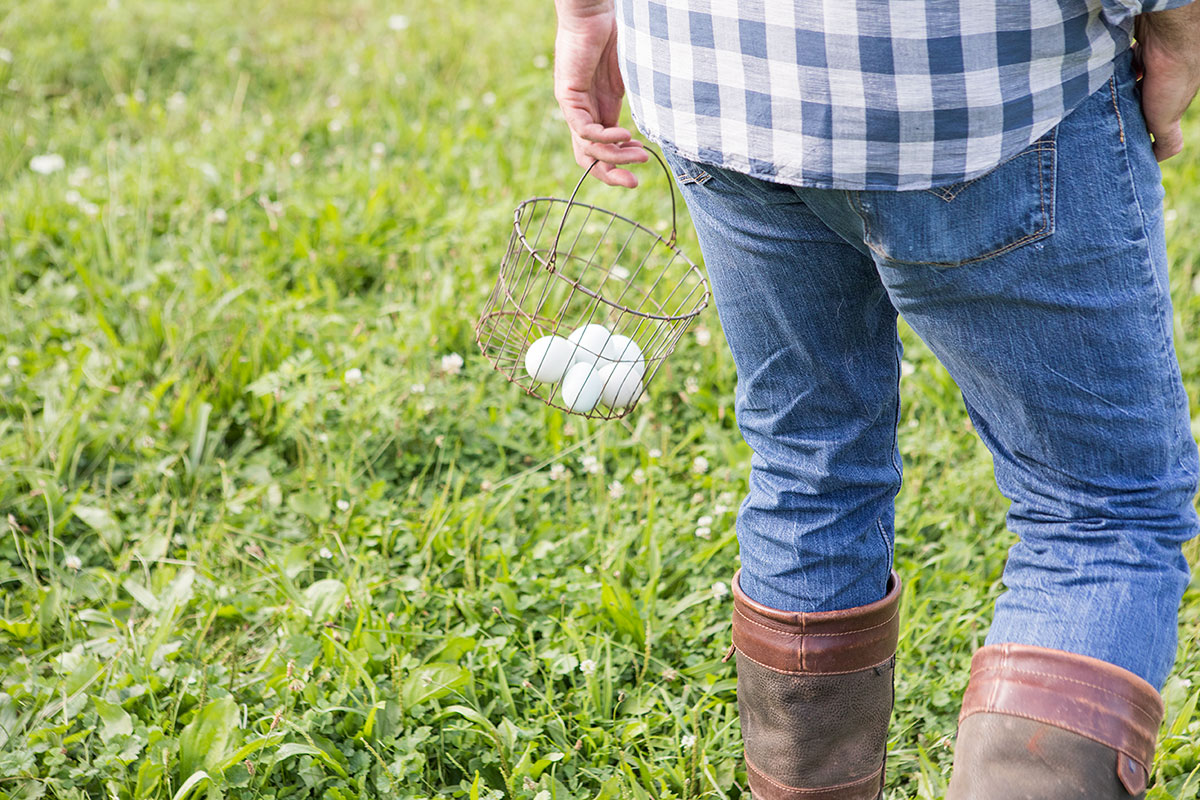 Ambitious? Absolutely. But if growing up on a farm taught Wolf anything, it’s that getting your hands dirty usually pays off. Besides, Seed comes with a unique perk. Yes, it’s the fourth brand he’ll have to oversee, but this one is headquartered less than 18 miles from his Pennsylvania property, which Wolf and Ranspot named Shiloh Farm. 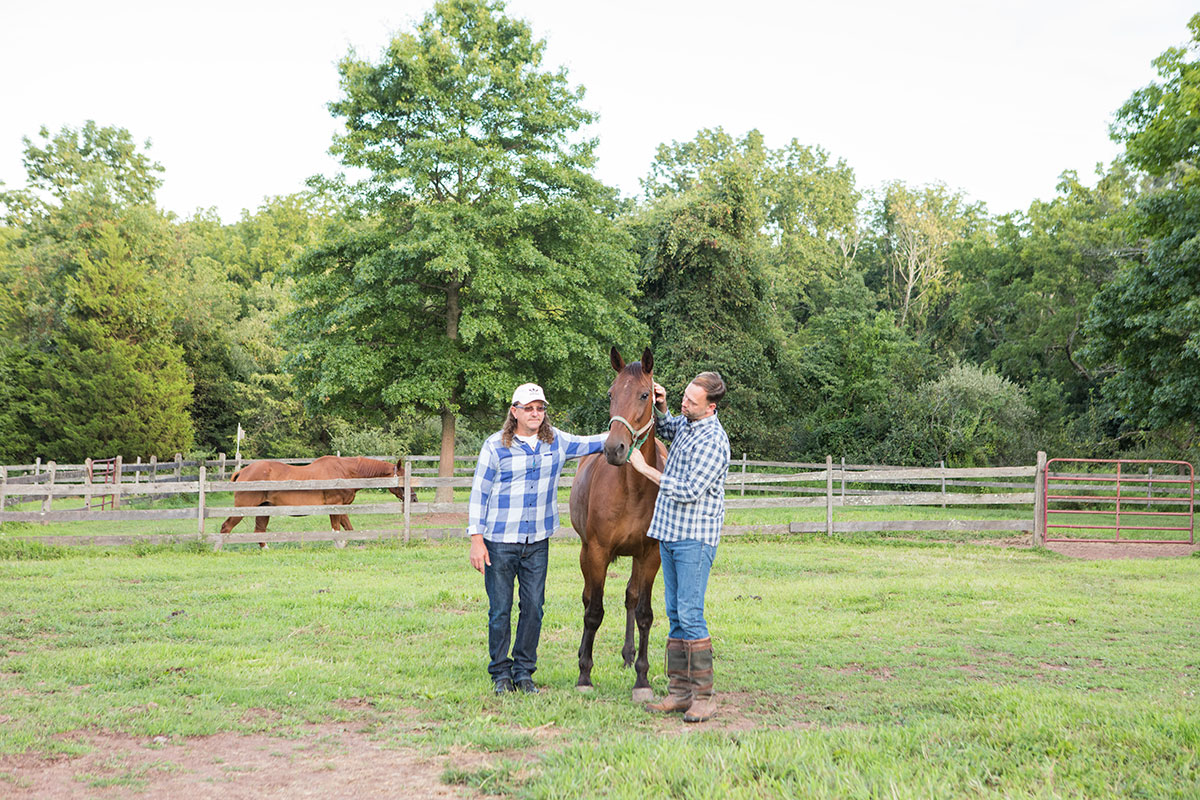 The couple with Jax (foreground) and Clifford (behind fence), two of their rescue horses.

“My husband and I are both very spiritual people,” says Wolf, before referencing the place’s 19th-century barn. “There’s a beam that’s all one piece of tree,” Wolf says. “Allegedly, it was carried there by local families who got together to help raise the barn.” Though the barn has caught fire twice over the years, the beam has survived – a symbol, Wolf believes, of the honor and responsibility he feels as the land’s current caretaker.