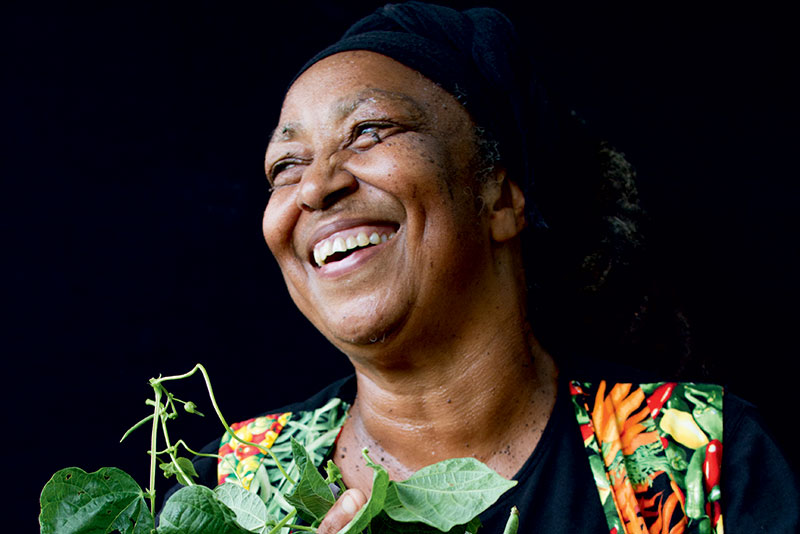 There are, it seems, certain challenges inherent in the study of heirloom vegetables. “So many garlics, so little time!” croons Ira Wallace, the driving force behind Southern Exposure Seed Exchange, which currently lists more than 700 different edibles in its catalog. The 69-year-old also authored The Timber Press Guide to Vegetable Gardening in the Southeast and sits on the board of the Organic Seed Alliance.

She shares the wealth. The seed exchange is cooperatively managed by Wallace and 25 other members of the Acorn Community Farm in Mineral, Virginia. “Not everybody wants to live on a commune,” she admits. “But at our seed company, we all have a say in what we want to grow and sell, as well as how we divide the income.”

She stands up to bullies. Southern Exposure was a plaintiff in 2011’s Organic Seed Growers and Trade Association v. Monsanto. Ultimately, the corporation agreed not to sue farmers for patent infringement if pollen from its genetically engineered plants happened to blow onto a neighboring field of non-GMO crops. “We have to work together to shift power from agrochemical business interests to organic farmers,” says Wallace.

She has changed the way we eat. You can thank Southern Exposure for reintroducing the incredibly popular ‘Cherokee Purple’ tomato, as well as ‘Charleston Belle,’ a nematode-resistant bell pepper. Wallace’s latest project involves trial-growing 60 traditional collard varieties to select the most promising ones.