This story originally appeared as a sidebar to “Navigating the FDA’s Food Safety Maze,” from the Fall 2017 issue of Modern Farmer. The introduction has been modified for the web. In 2013, growers Eric and Ryan Jensen were arrested when a listeria strain that sickened 147 people and killed 33 was traced back to a […] 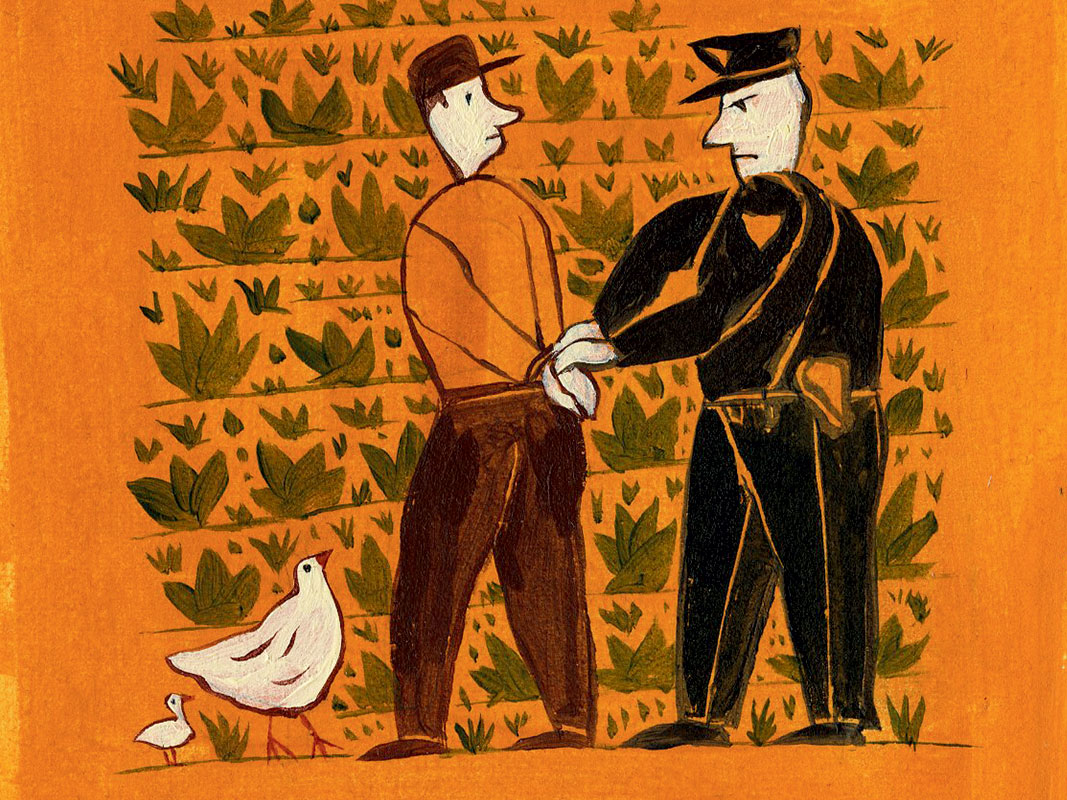 This story originally appeared as a sidebar to “Navigating the FDA’s Food Safety Maze,” from the Fall 2017 issue of Modern Farmer. The introduction has been modified for the web.

In 2013, growers Eric and Ryan Jensen were arrested when a listeria strain that sickened 147 people and killed 33 was traced back to a cantaloupe grown on their farm. It was the deadliest case of foodborne illness the U.S. had witnessed since 1925. The Jensens may be the only produce farmers to have faced hard time, but owners and executives of multiple dairy, egg, and livestock operations have been imprisoned. As you’ll see below, these scoundrels probably deserved it.

THE CRIMINAL Austin “Jack” DeCoster, owner of Quality Egg in Alden, Iowa
THE CRIME Salmonella-infected eggs sickened 2,000 people in 2010.
THE SENTENCE 3 months in prison
THE DETAILS The company changed its expiration dates to make the eggs seem fresher.

THE CRIMINAL Jesse “Babe” Amaral Jr., owner of the Rancho Feeding slaughterhouse in Petaluma, California
THE CRIME Rancho Feeding sold meat from 180 diseased cattle in 2013.
THE SENTENCE 1 year in prison
THE DETAILS The defendant attempted to deceive inspectors by carving “USDA Condemned” stamps out of cattle carcasses and switching the heads of cows who surffered from eye cancer with those of healthier-looking animals.

THE CRIMINAL Stewart Parnell, CEO of the Peanut Corporation of America in Lynchburg, Virginia
THE CRIME Peanut products tainted with salmonella sickened 705 people and killed nine between 2008 and 2009.
THE SENTENCE 28 years in prison
THE DETAILS An email from Parnell showed that he refused to delay an order to await salmonella test results. “Just ship it,” he wrote to one of his plant managers.