There have been more than 60 prospective studies (meaning researchers follow test subjects over a period of time to determine the effects of the factors they’re studying on the subjects) suggesting an inverse relationship between moderate consumption of alcohol and cardiovascular disease, with about half of them chalking up the positive effects to an increase […] 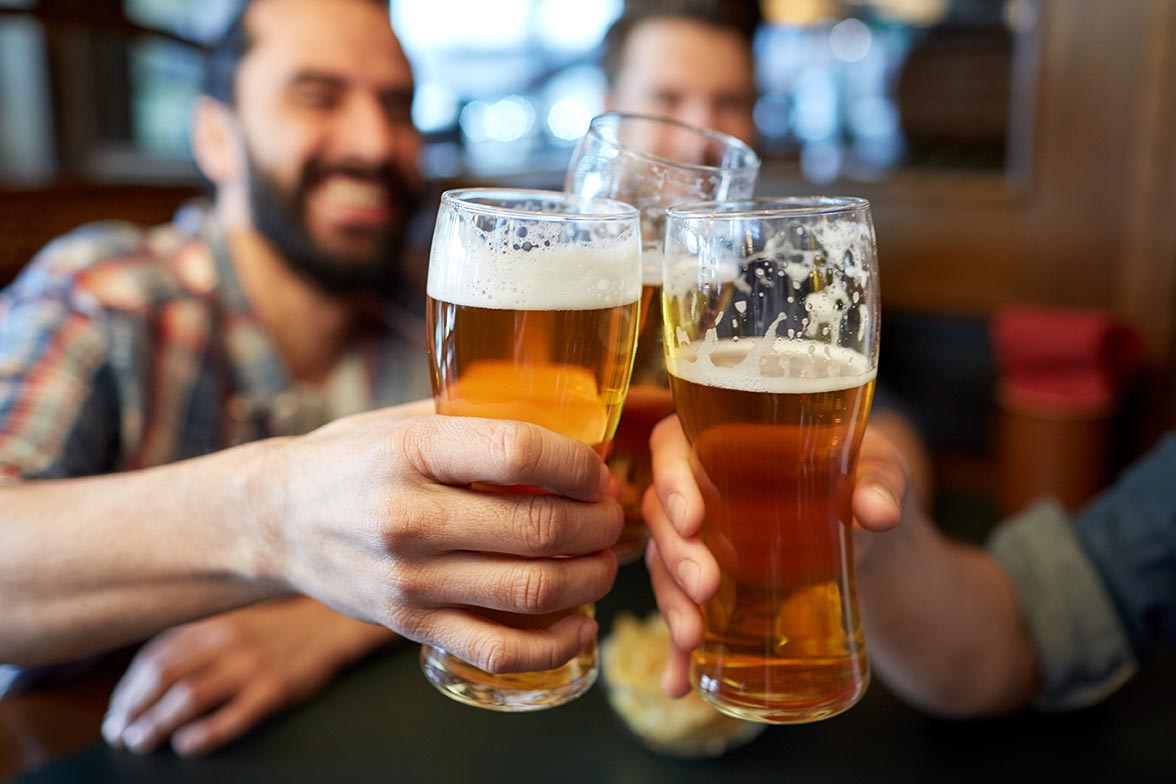 There have been more than 60 prospective studies (meaning researchers follow test subjects over a period of time to determine the effects of the factors they’re studying on the subjects) suggesting an inverse relationship between moderate consumption of alcohol and cardiovascular disease, with about half of them chalking up the positive effects to an increase in “good” cholesterol. But this latest study, say the authors, is the first to demonstrate that the daily intake of 330 milliliters of beer could “statistically change the lipid profile and insulin sensitivity of adult men.” It should be noted that the paper, “Moderate Alcoholic Beer Consumption: The Effects on the Lipid Profile and Insulin Sensitivity of Adult Men,” published in last month’s issue of The Journal of Food Science, didn’t look into the longterm health effects of drinking beer daily.

Here’s Why
Our bodies produce cholesterol, a fat-like substance found in all of our cells, that we need to make hormones, vitamin D, and bile acids that aid in breaking down and absorbing the food we eat. Our bodies produce two different molecules – low-density lipoprotein (LDL) and high-density lipoprotein (HDL) – to get cholesterol where it needs to go via the bloodstream. High levels of LDL, AKA “bad” cholesterol, is associated with an increased risk of heart disease and stroke since it can build up plaque in your arteries. HDL – the “good” cholesterol – acts like a cleanup crew, absorbing excess LDL and dumping it in your liver, where it’s flushed out of your body. Having a high level of HDL can help mitigate the risk of plaque buildup, according to the Centers for Disease Control.

What About the Beer?
Researchers in Brazil did a 90 day study involving 15 healthy men between the ages of 20 and 57 years old who are low to moderate drinkers. For the first 30 days, the subjects stuck to their regular diet without drinking any alcohol. The second 30 days, they drank 330 ml of non-alcoholic beer. In the last 30 days, they drank 330 ml of pilsner-style beer with a six percent alcohol level. This is a bit smaller than a standard 12 ounce (355 ml) can of U.S. beer. Both beers the researchers used were brewed the same way with controlled fermentation from the same ingredients, but the alcoholic version had six percent grain alcohol added.

The consumption of alcoholic beer “favorably influenced most of the components of the lipid profile” with lower levels of LDL and higher levels of HDL when compared to the 30 days without alcohol and the period when the subjects were drinking non-alcoholic beer, according to the authors, who are from the Federal Institute of Education, Science and Technology of Rio de Janeiro.

The volunteers’ insulin concentrations and fasting glucose levels were also improved by the consumption of alcoholic beer. Insulin is a hormone secreted by the pancreas that regulates the blood sugar levels in our bodies and helps cells absorb blood sugar so they can use it for energy. Over time the body can become less sensitive to insulin, requiring more and more of it to do its job. Eventually, the body has a hard time keeping up, which can lead to Type 2 diabetes and a host of other medical problems, including cardiovascular disease. The fact that beer could help reduce the amount of insulin needed to do its job (in healthy men) is a good thing.

Must Have Alcohol
Interestingly, the consumption of non-alcoholic beer during the second 30 days elevated the subjects’ triglycerides – a type of fat in your blood that too much of can increase your risk of heart disease – from 66.4. to 80.6 – in the same way other sugary non-alcoholic drinks can do.

“The results of this study seem to confirm previous findings in a study of cardiac diseases, pointing to a relationship between the moderate consumption of [alcoholic beer] and some biochemical changes, even in a short period of beer consumption (30 days), in which favorable changes were observed in the biochemical profile of the volunteers,” write the authors.

There Is Some Bad News
The study was tiny, only involving 15 men. Plus, another recent study – this one by researchers from the University of Oxford and University College London – found that only five alcoholic drinks a week could negatively impact brain function over time. There’s also the issue of drinking too much beer or other alcohol in general, which can quickly raise your blood pressure and increase your risk for heart disease, liver disease, and kidney problems. Man, we just can’t win.