How Safe Is Oilfield-Produced Water for Crop Irrigation? A New Study Wants to Find Out - Modern Farmer

How Safe Is Oilfield-Produced Water for Crop Irrigation? A New Study Wants to Find Out

Could oilfield-produced water, a byproduct of oil extraction, be the key to crop irrigation during droughts? 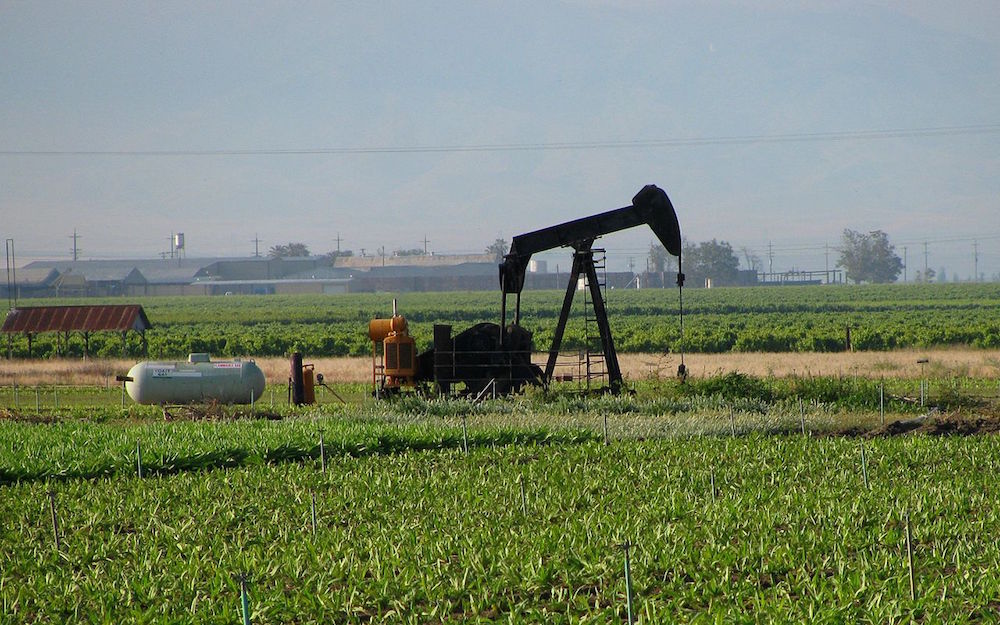 The research institute RTI International, in conjunction with Duke University in Durham, North Carolina, began a three year study in May, thanks to a USDA grant, to determine whether this type of water is safe to use on food crops. Researchers plan to sample water, soils, and crops from the farms that currently use OPW for irrigation, along with samples from farms that don’t use OPW, then assess any potential human or environmental problems through modeling and risk assessment techniques. They also plan to study whether heavy metals or salts in the water could hinder crop growth over time and what, if any, water treatment would be needed to minimize health and environmental risks.

There’s never been an in-depth look at whether there could be adverse impacts to human health from ingesting crops irrigated with OPW, according to Jennifer Hoponick Redmon, an RTI environmental health scientist and the project’s co-leader with Elisabetta Lambertini. She says while there’s a need for new irrigation water sources, they first need to “scientifically figure out what happens when you use this water for irrigation.”

When companies extract oil from deep underground it’s often accompanied by water or brine AKA really salty water that is traditionally either disposed of in pits or injected into groundwater. This is water that isn’t serving any “beneficial purposes,” says Redmon.

“Irrigation water is becoming more scarce in many regions of the U.S. and the world with droughts,” she tells Modern Farmer in a recent phone interview. “There’s a high demand out there for developing alternative irrigation sources, including OPW.”

If OPW turns out to be a safe alternative to traditional irrigation water sources, there’s plenty of it. The U.S. produces about 21 billion barrels of OPW a year, according to some estimates. A Pacific Institute study from 2015 found that in California’s seven major oil producing counties – Kern, Los Angeles, Monterey, Santa Barbara, Orange, Ventura, and Fresno – there was a total of 359 million gallons a day of OPW being produced by the oil industry, which could cover about 22 percent of the water needs for the region’s farmers (based on 2013 numbers). That could make a big dent, especially in drought conditions, when farmers need a reliable water source for their crops.

There’s already OPW from five oilfields being used for crop irrigation in California, a practice that’s been going on for some time. In one case, in Kern County, farmers have been using OPW, mostly on citrus and nuts, for more than two decades, although OPW only accounts for a very small percentage of irrigation water use in the county, about one percent, according to the Pacific Institute, a nonprofit research center.

The scientists, who are also working with the Pacific Institute and California State University-Bakersfield to conduct the research, are currently making local contacts and meeting with farmers before they begin collecting the data and sampling. The study will run through 2020. The findings will be used to help craft future policies and practices in water-scarce areas. That’s probably a good thing since there aren’t any federal regulations in regard to food safety when it comes to OPW’s use on crops, only that it meets federal discharge regulations. Redmon says that could change if it becomes a standard practice.

Popular
How to (Actually) Get Rid of Fruit FliesEmily Baron Cadloff
7 Smokable Plants You Can Grow That Aren’t MarijuanaBrian Barth
How to Design a Moon GardenLindsay Campbell
The Unique Struggle of Running a Sheep Dairy in AmericaChristine Clark
Why Seasonality Matters for CheeseHannah Howard
Explore Modern Farmer
Related
Environment
Report: Millions of Acres of Grassland Lost to Agriculture This YearDan Nosowitz
Politics
National Farmers Union Announces Campaign to Break Up Agricultural MonopoliesEmily Baron Cadloff
Labor
Biden Administration to Develop Heat-Related Workplace ProtectionsDan Nosowitz
Animals, Environment
Making the Case for BugsEmily Baron Cadloff
wpDiscuz
We use cookies on our website to give you the most relevant experience by remembering your preferences and repeat visits. By clicking “Accept”, you consent to the use of ALL the cookies.
Cookie settings ACCEPT
Privacy & Cookies Policy