Moms everywhere - and their unsuspecting children - know this game well. 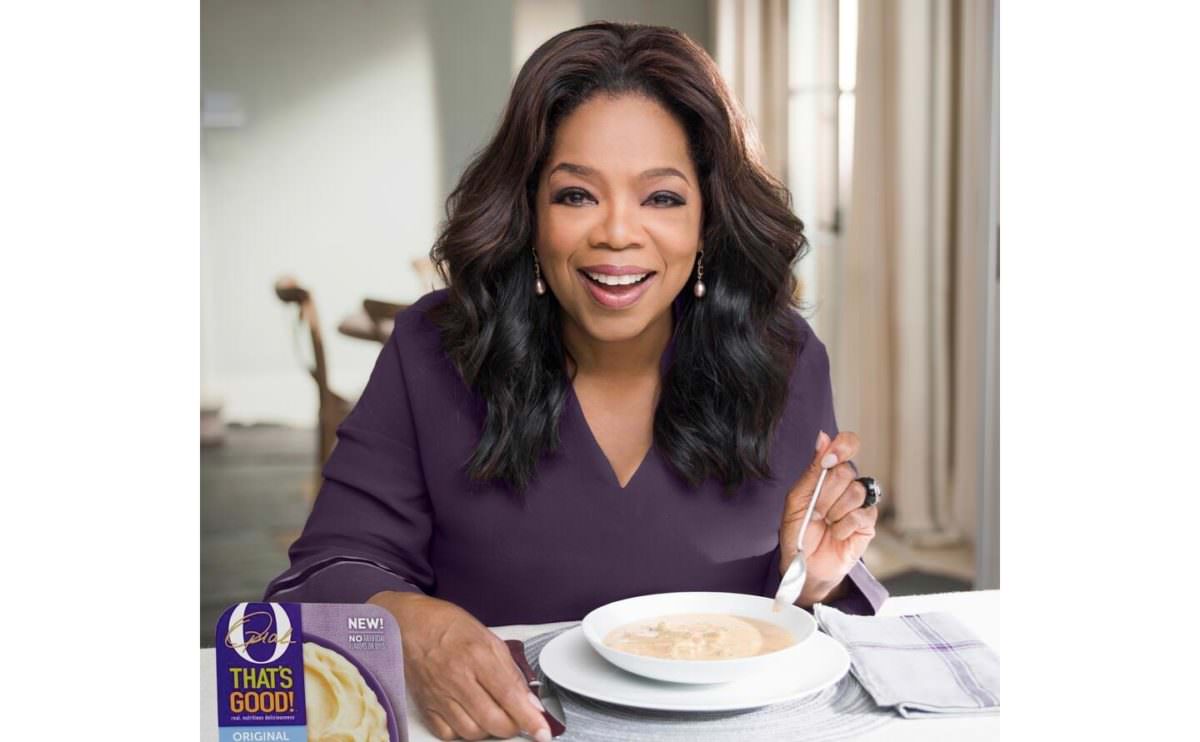 Winfrey teamed up with the giant food retailer Kraft Heinz Company to launch her own food company, Mealtime Stories, this past January. Their first offerings are a line of refrigerated soups and sides that she’s calling “O, That’s Good.”

The first offerings of O, That’s Good – Original Mashed Potatoes and Garlic Mashed Potatoes, Creamy Parmesan Pasta, Three Cheese Pasta, Broccoli Cheddar Soup, Creamy Tomato Basil Soup, Baked Potato Soup, and Creamy Butternut Squash Soup – are being rolled out now in select markets and will be available nationwide by October. The soups retail for $4.99 each, and the sides for $4.49 each, according to a Kraft Heinz press release.

The idea behind these products involves the same trick your mother might have played on you when you were a kid to get you to eat vegetables: mixing in healthier vegetable substitutes for classic comfort food ingredients. For example, Winfrey’s mashed potatoes substitute some of the potatoes with cauliflower, a more nutrient-dense vegetable. The Creamy Parmesan Pasta has added white beans, and the Creamy Butternut Squash Soup mixes in pureed sweet potatoes and carrots.

Although the product line uses conventional ingredients (i.e. non-organic), they forgo the use of artificial colors and flavors. Plus, 10 percent of the profits from the new line will be split between two hunger-relief organizations – Rise Against Hunger and Feeding America. Kraft Heinz will be making annual donations to these non-profits until the new company becomes profitable, according to CNN Money.