The Humane Society of the United States is working with farmers and ranchers to promote humane farm practices. It turns out they're not anti-animal agriculture as some in the industry claim. 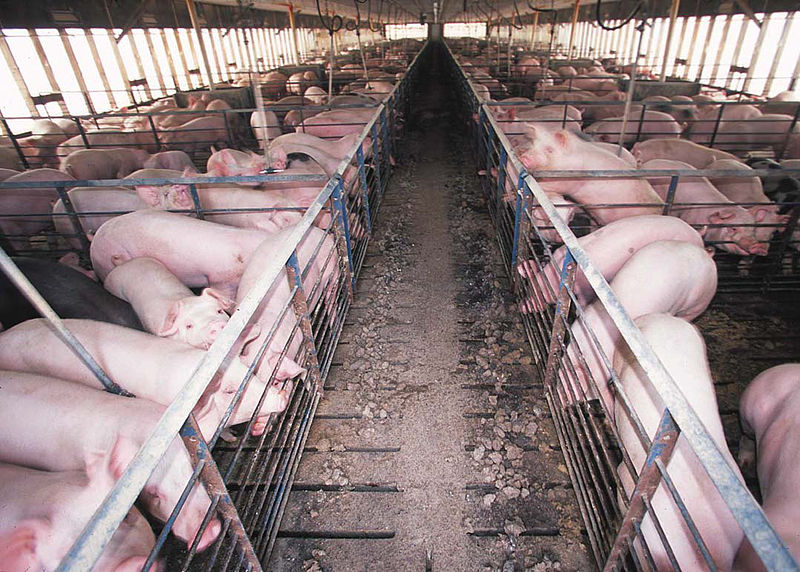 The Humane Society of the United States is joining with independent ranchers and farmers in the fight against industrial-scale animal ag.
Photography EPA via Wikimedia Commons
Share
Tweet
Pin
Email
2K Shares

The organization has been working with farmers, ranchers, food producers, and other agricultural professionals to form state agriculture advisory councils. These councils – there are 12 so far – give advice and guidance to the Humane Society in regard to their efforts, lobby lawmakers for better farm animal welfare laws, and help get other farmers and ranchers on board with higher welfare practices.

The latest council, in Illinois, will be officially announced Aug. 25 during a Factory Farm Forum in Chicago that will be highlighting problems with industrial-scale farming in that state. Its formation was spurred on by a Chicago Tribune investigation last year that revealed state officials hadn’t looked into animal cruelty charges in Illinois’ hog confinement facilities, and that waste produced by the industry was responsible for water pollution that impacted 67 miles of waterways and killed close to half a million fish over a 10-year period. Marc Ayers, Illinois state director for the Humane Society of the United States, says the investigation exposed what was going on behind the scenes at those hog farms. “And I want people to realize that there are farmers out there who are doing it in the completely opposite way that the factory farmers are doing it,” he tells the PBS affiliate WTTW.

The HSUS has been around since the 1950s, and besides providing things like animal rescues and shelters – how most people know the organization – they also lobby against the practices of so-called “factory farms” where animals are packed into tight living conditions that lead to health and abuse problems for the livestock and pollution issues for nearby communities, according to Marty Irby, a senior advisor to The Humane Society. He contrasts this type of farming with the sustainable, high animal-welfare practices used by the many small farmers and ranchers the HSUS works with.

Kevin Fulton, who runs a 1,000-acre organic farm in Nebraska and has been heavily involved in starting many of these councils, told High Country News in a 2015 interview that the Humane Society has been painted as “worse than the antichrist” by many in the industry who see them as “a bunch of vegans” who have never been on a farm.

Irby, who grew up on a horse and cattle farm in Alabama, says this image just isn’t true. The organization wants to work with farmers, not against them. “The issue is whether animals will be raised on diversified, sustainable family farms or produced in large, energy- and capital-intensive confinement facilities like factory farms,” he says. “We celebrate traditional farmers and ranchers who embrace those standards – for the sake of the communities, the land and animals.”

The first advisory councils were launched in 2011 in Nebraska and Ohio. Since then, others have sprouted up across the country. There are now groups in Colorado, Indiana, Iowa, Michigan, Missouri, North Carolina, Oklahoma, Wisconsin, and the Pacific Northwest (representing Washington, Idaho, and Oregon). A national Agriculture Advisory Council also launched last year. Irby says the organization plans to continue expanding the councils into other states, especially in areas where industrial-scale farming is active.